Do you have a lens in your collection that brings you joy every time you use it? One that begs to be used because of how beautifully it renders the world around you, and you can’t help but wonder how a specific subject might look when photographed with it? I recently found that lens for myself with the Zeiss Milvus 50mm f/1.4, and to be honest, it has been an unexpected love affair.

You see, my main interest in photography is portraits, and I pretty much already had my bases covered with my 35mm f/1.4, 50mm f/1.8, 85mm f/1.4, and 70-200mm f/ Canon lenses. There’s really not much you can’t do with those focal lengths for photographing people, and the L lenses in my collection excel at what they do in almost every way. They’re tack sharp, focus very quickly, have beautiful color and contrast out of the box, and have minimal chromatic aberration. There’s very little to complain about here. I did, however, begin to long for the days when I used the Mamiya Sekor W 110mm f/2.8 Lens (50mm full frame equivalent) on the Mamiya RZ67 Pro II that I unfortunately no longer own. I once heard someone say that modern Canon L lenses have a “just the facts” style of rendering, and I couldn’t agree more. When shooting commercially, that is the perfect look in my opinion. was just pure magic to my eyes. I promise I won’t start using phrases like “3D popm” but it certainly had a special something extra to go along with those massive 6×7 negatives. future article, but I eventually realized that there’s been a void in my photography ever since. 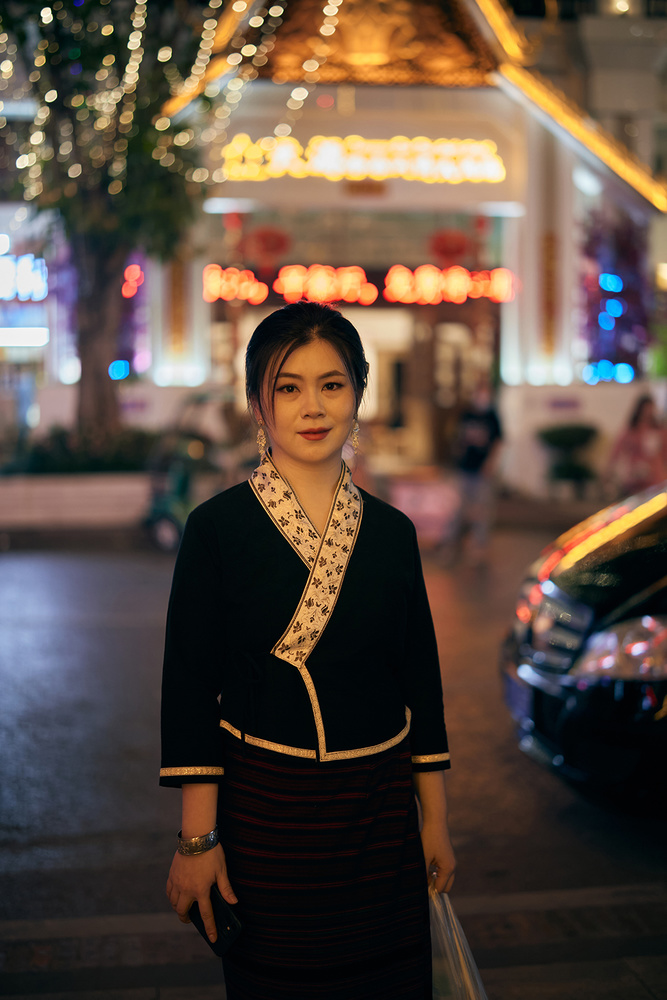 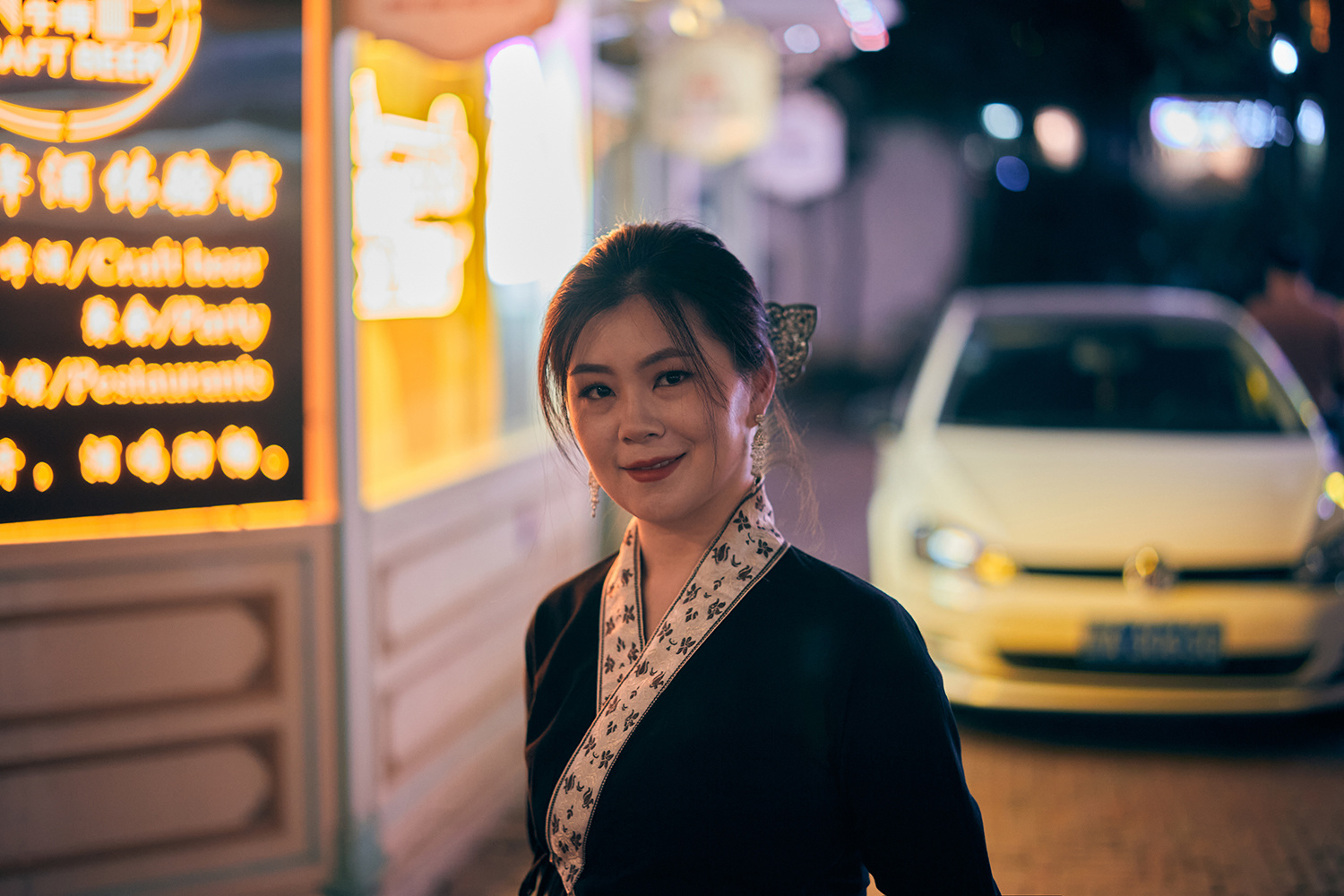 As I began my search to find something that could recreate the magic of the Mamiya Sekor 110mm lens, a couple of things became apparent to me. First, I would require the lens to be sharp wide open, as I’ve owned quite a few over the years that weren’t acceptable to my taste unless stopped down. I also wanted bokeh that would inspire me, something intangible that I wasn’t getting from my current lineup of lenses. Weather-sealing is a must as well these days, as I’m often shooting in dusty environments. This short but important list led me to contemplate the Zeiss Milvus 50mm 1.4 ZE lens, but it wasn’t an obvious choice and certainly not a no-brainer. For the uninitiated, the vast majority of Zeiss lenses are manual focus only, and this one is no exception. I absolutely despise trying to manually focus through the viewfinder of a DSLR, as it doesn’t inspire confidence and frankly wasn’t designed for it anyway. 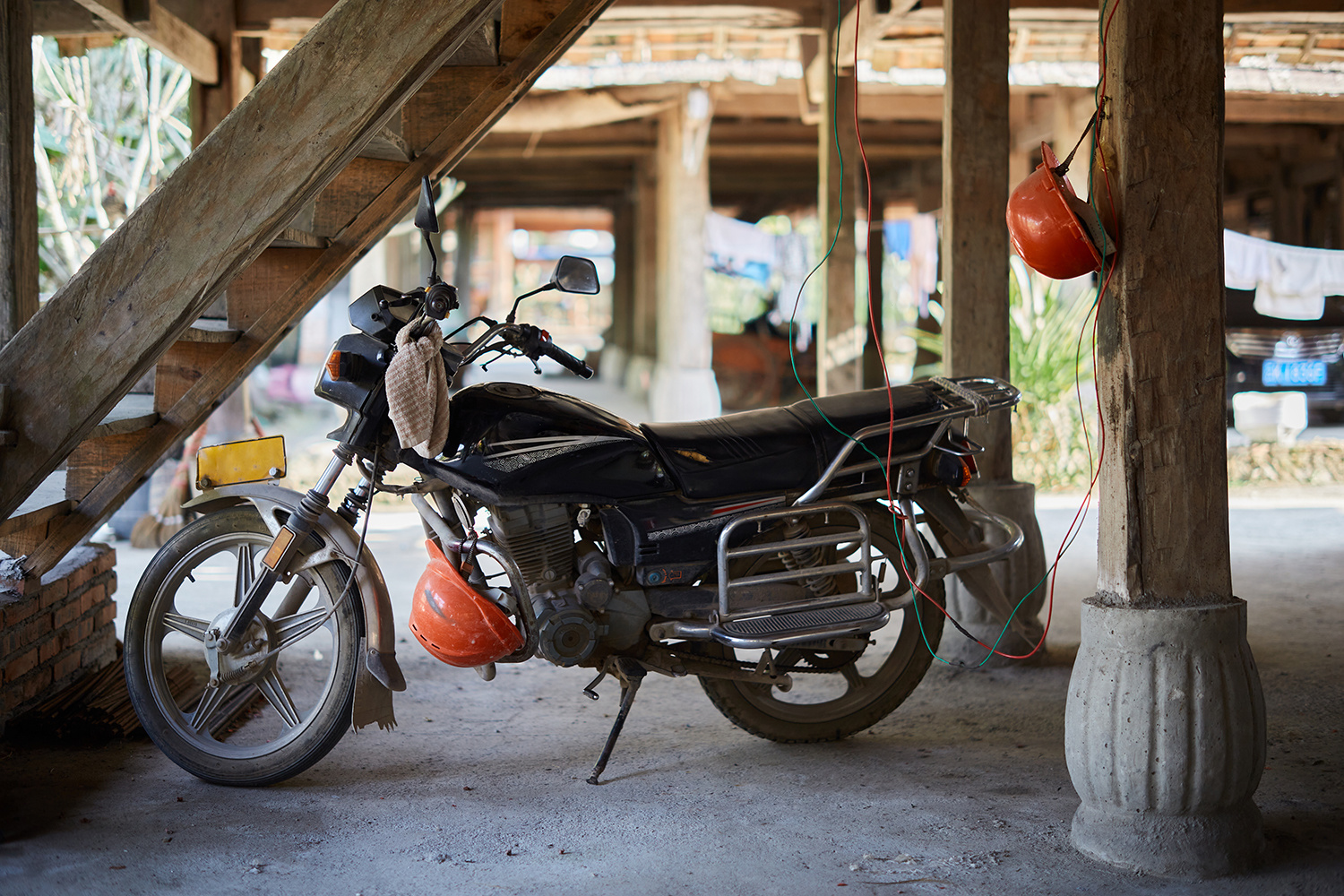 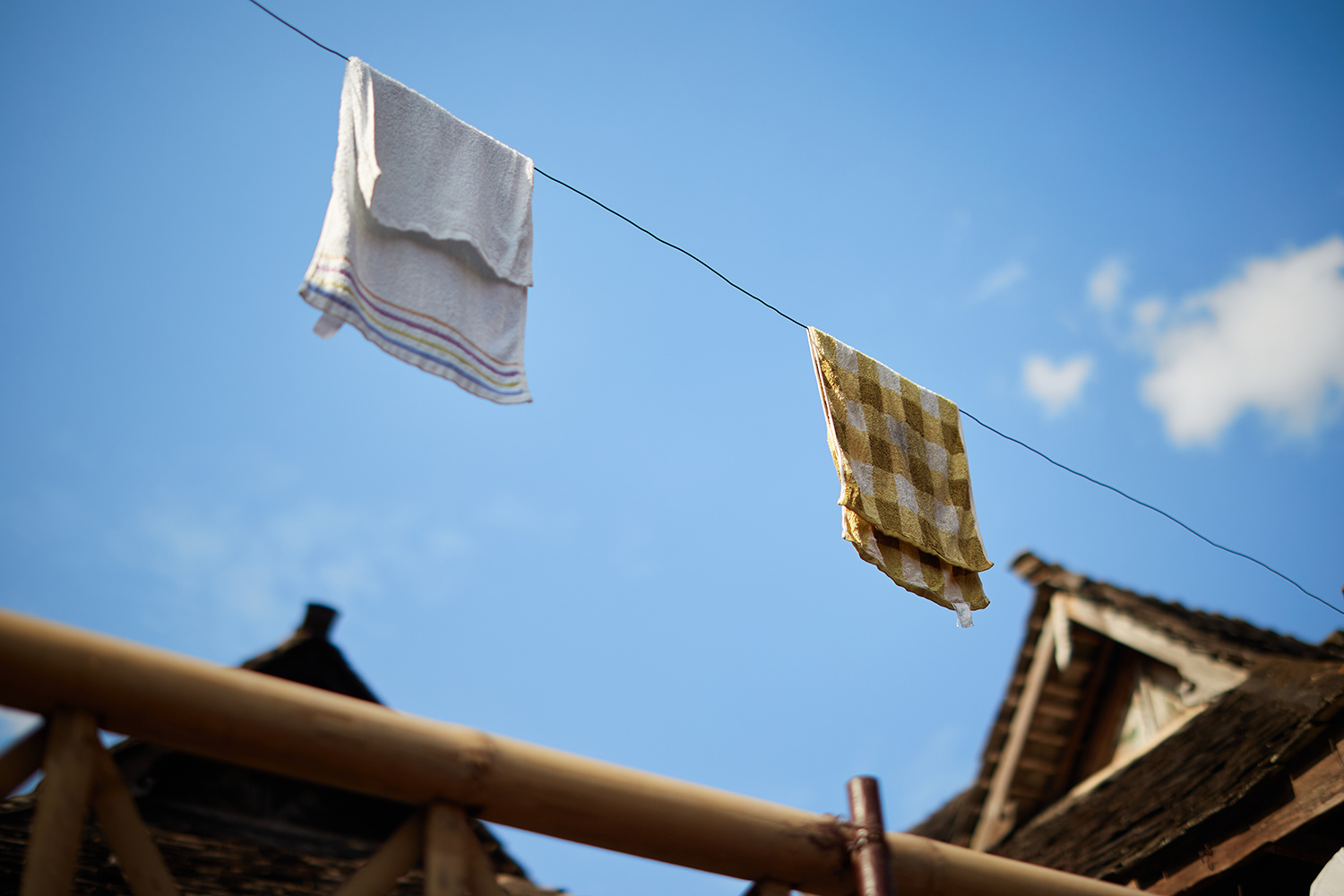 Again, referencing my beloved Mamiya RZ67, I simply adored manually focusing that camera because it had the tools to make it as easy as possible. A flip-out magnifier on top of an already large focusing screen ensured that I rarely ever missed focus. How could I have a similar setup with my DSLR? After a bit more research, I stumbled upon the Hoodman HoodLoupe LCD ViewFinder with Base Plate kit, which quickly answered my question. Anyone using a modern mirrorless camera will find this to be a total pain, but when manually focusing with a DSLR, I wholeheartedly believe this is the way to go. It certainly adds bulk to the overall kit, as you’ll see below, but when using live view and zooming in to check focus, suddenly the lens becomes quite easy to shoot with. The eyecup feels very nice when shooting too. 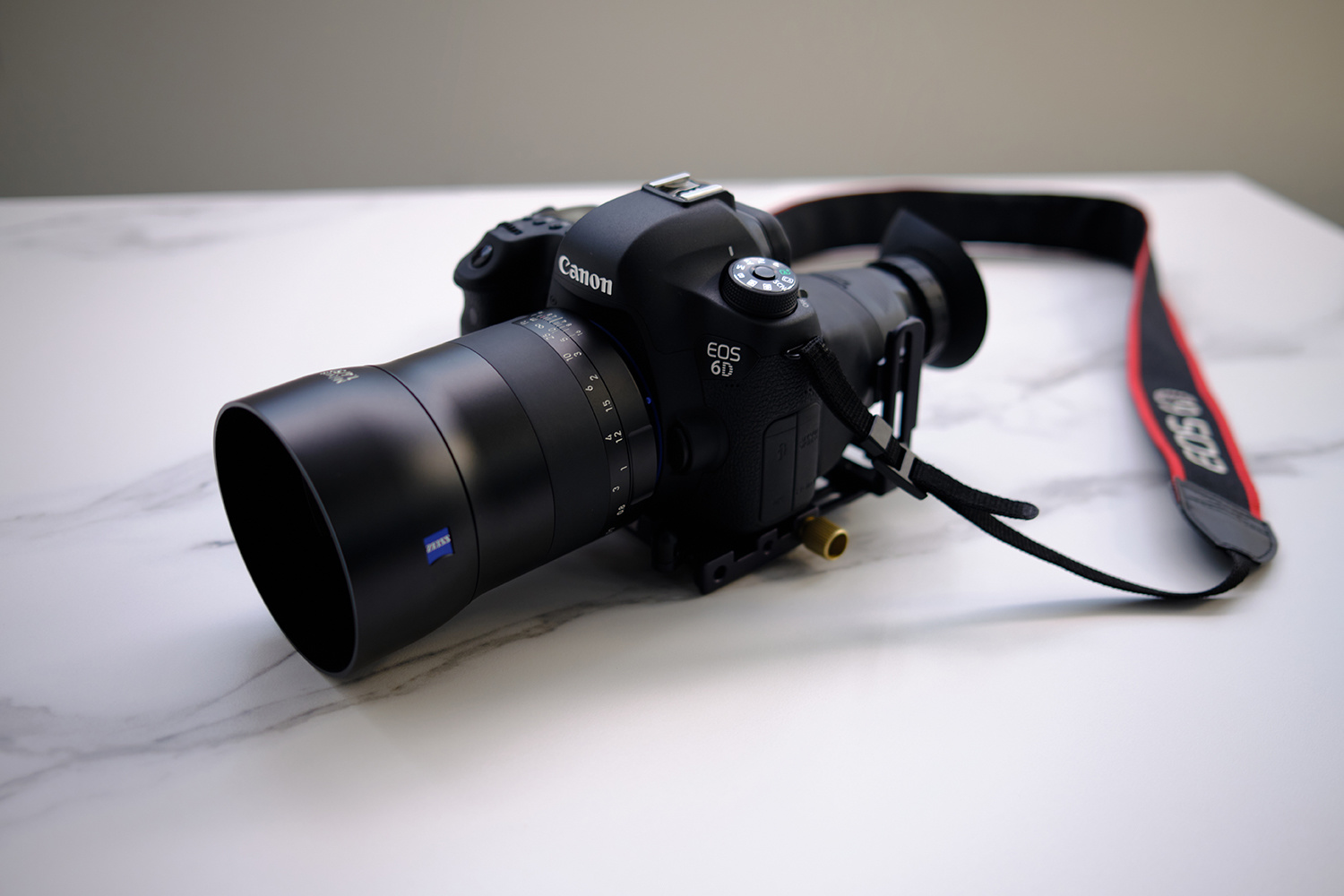 Now that I’ve shot with the Milvus 50mm f/1.4 for several months, here are my overall thoughts on this lens:

I have no major complaints in this department, as it fulfills my desire for a sharp lens when shot wide open with bokeh that satisfies. It is indeed very sharp at f/1.4, and with my focusing setup mentioned above, I don’t miss focus often. It is hard for me to describe bokeh without sounding obnoxious, but I do think the word “painterly” makes sense here. I really do find this 50mm lens to turn ordinary subjects into something that looks more like art without much effort, ind of like the controversial Zeiss 50mm Sonnar f/1.5 ZM (which I also enjoyed for a while), except with no focus shift and substantially sharper wide open.

The slight downer here is that chromatic aberration does make an appearance from time to time. I am not bothered by it since I don’t find the effect to be overpowering unlike some other lenses I have used over the years, but if you pixel-peep in harsh backlit lighting conditions, you may encounter it. Nothing in life is perfect, and the same applies here. 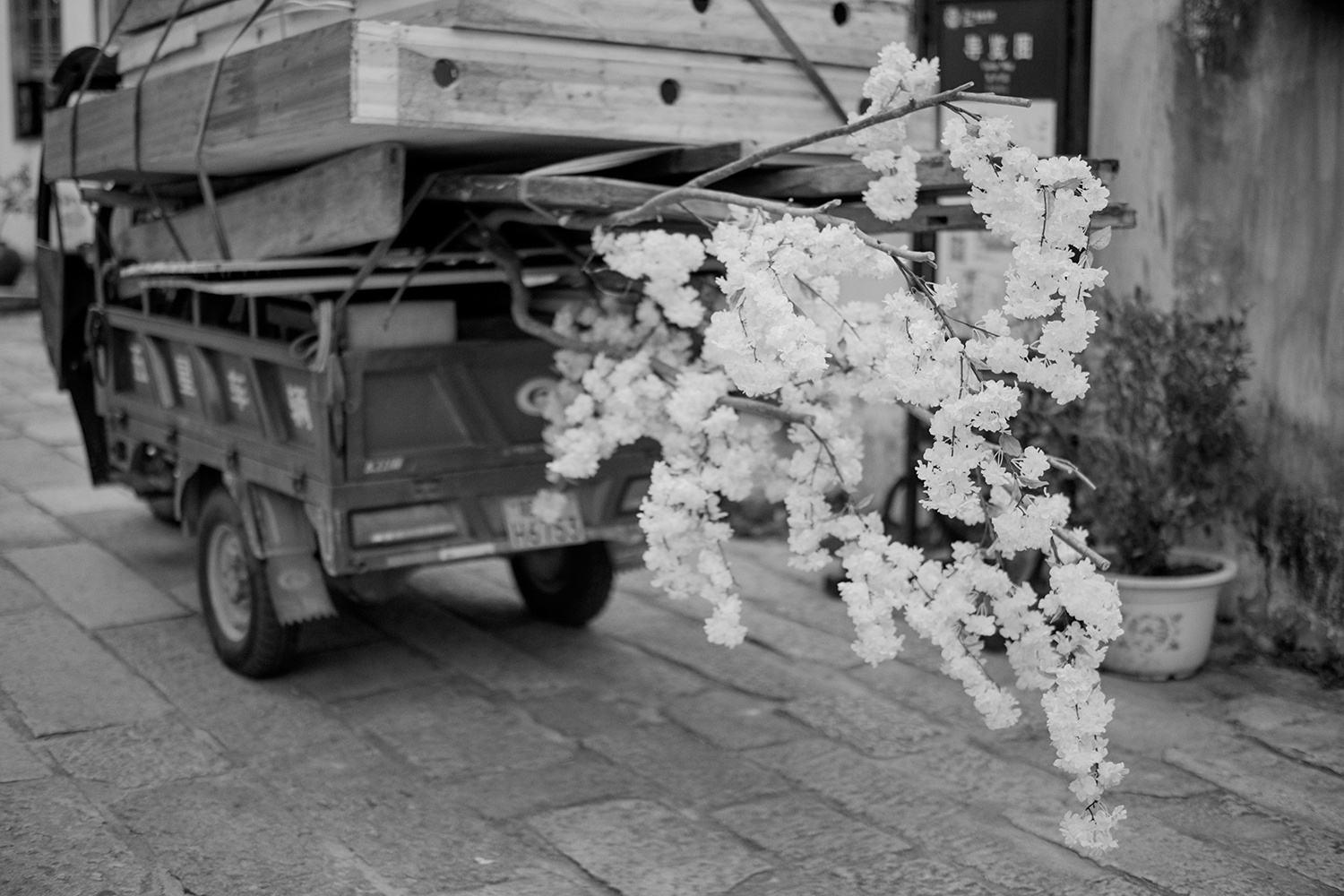 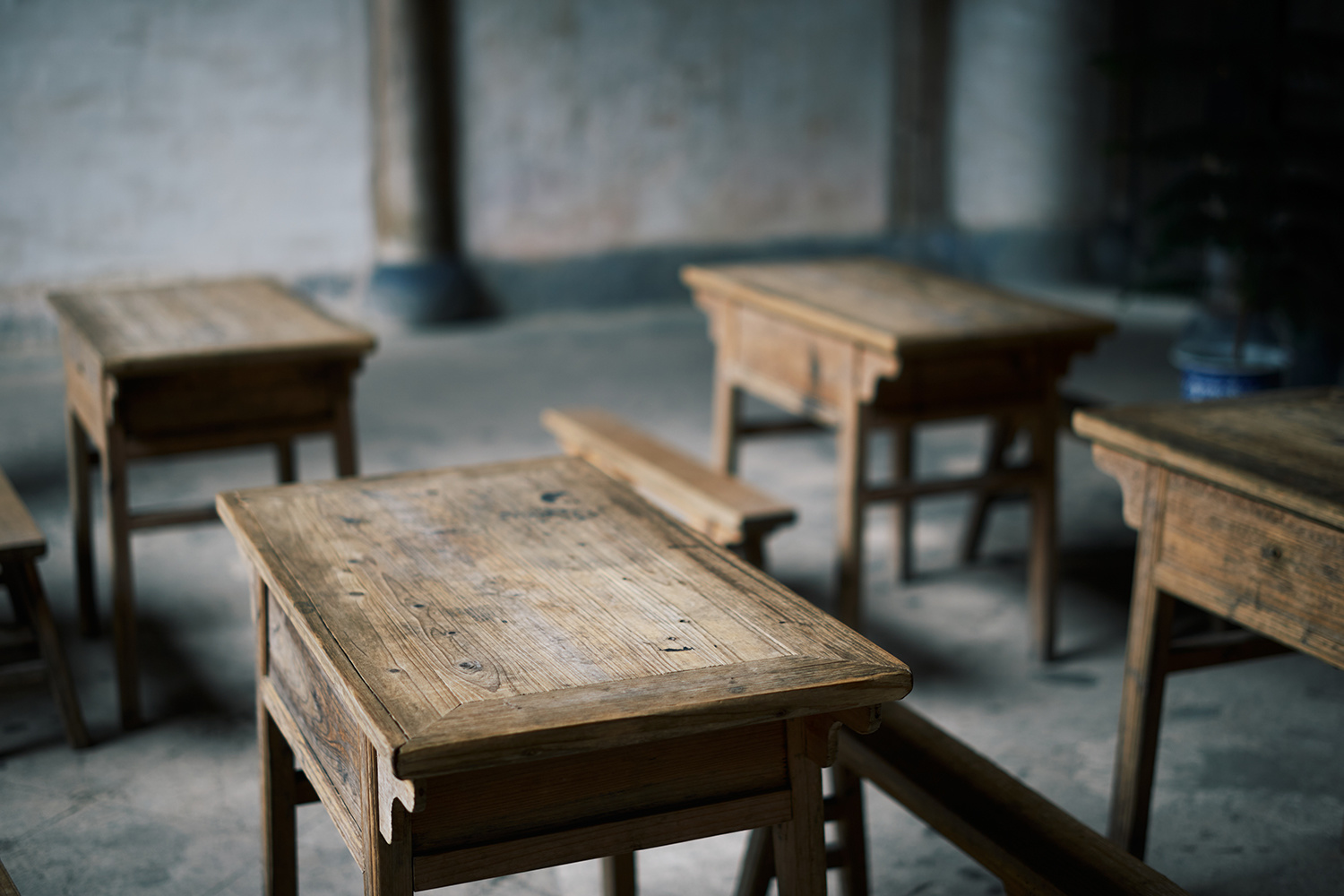 The focusing ring looks questionable, but in use, it is sublime. The focus throw is quite long, which, although not ideal for candid situations, is lovely for precise focusing for both photography and cinematography. I am acutely aware that the focus ring makes the lens look similar to a travel coffee mug that will only get dirty and scratched up soon after using it, but in practice, that hasn’t been my experience. I am a clean freak with my gear, so I try to take great care of the lens, but my initial concerns about the focus ring being vulnerable to damage and scuffs are so far unfounded. I concede that the ring takes up a bit too much of the lens, so mounting and removing the lens from a camera body can be a bit clunky. And yes, I would’ve preferred an all-metal lens, but all this to say that it’s better in use than it looks in photos. 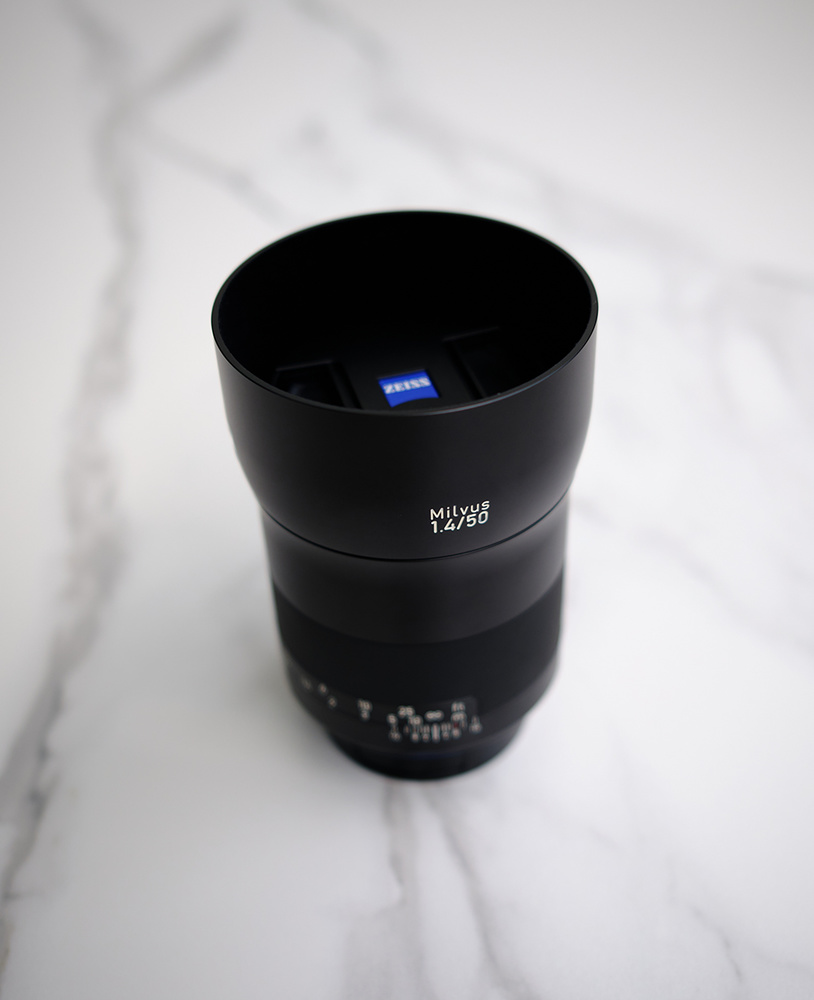 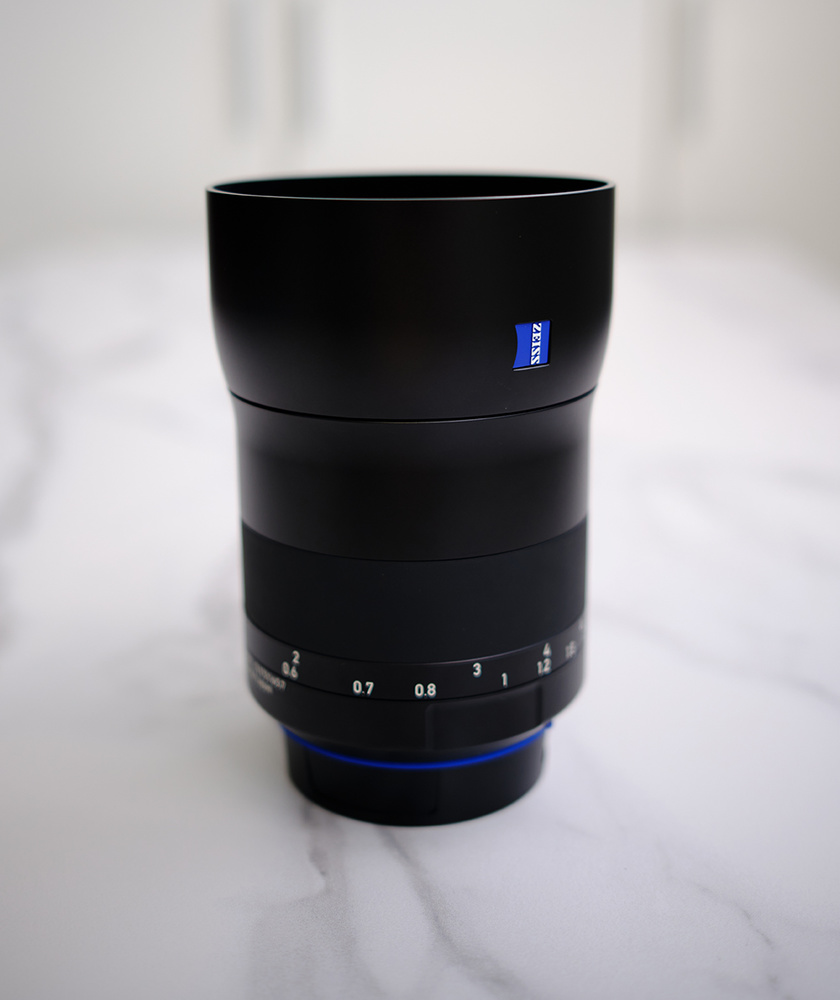 With a 67mm filter thread, the size of the Zeiss 50mm f/1.4 lens is nicely balanced for a full frame DSLR or mirrorless body. It becomes much smaller with the lens hood removed, although it does look like something is missing, almost like an incomplete design without it. It has some heft due to its metal exterior, which makes the lens feel as though it’s built to a higher standard than I’m used to. The weight isn’t a burden to include in my backpack with my Canon lenses. However, a bag full of Milvus lenses might require a trip to the chiropractor, so you’ve been warned. 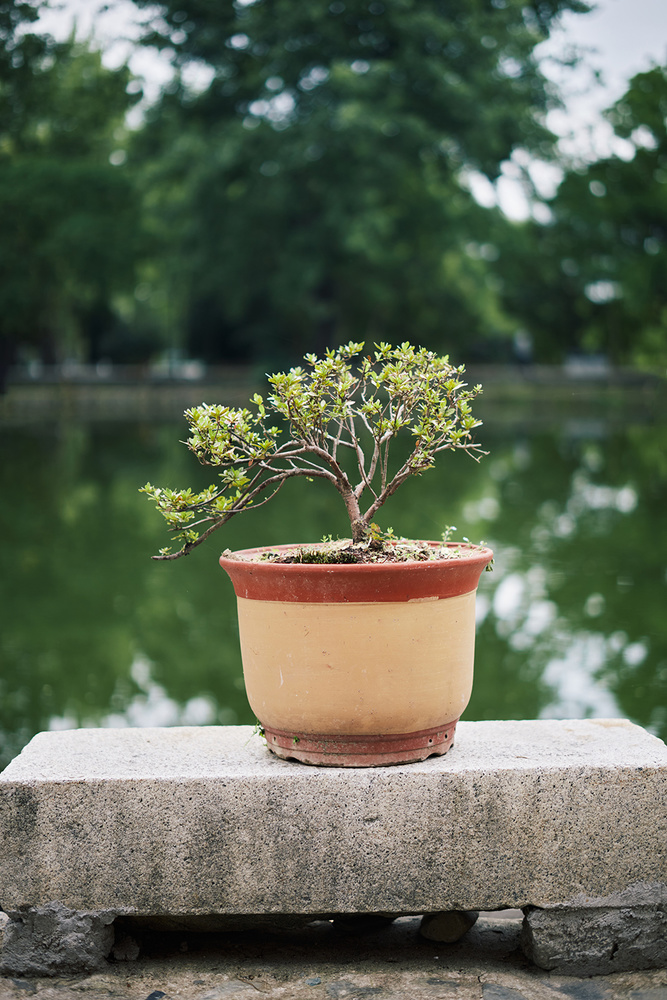 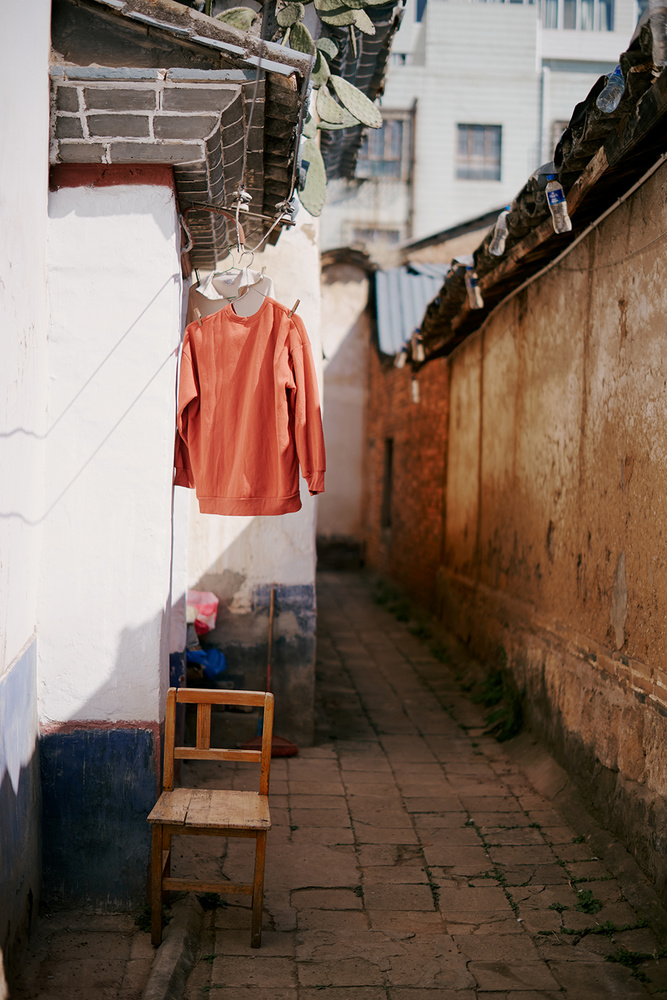 The weather-sealing on the lens inspires confidence, and I love the blue gasket Zeiss used to seal the mount. Additionally, even after frequent use, I’ve not experienced any brassing of the lens mount like I did with the Zeiss 50mm Sonnar f/1.5 ZM, which can be infuriating for someone with OCD tendencies in regards to camera equipment.

The lens hood is also made out of metal and gives the lens a minimal modern look when attached. My only gripe (and this is debatable) with it is that the inner lining is made of felt. I understand and appreciate that it helps to minimize reflections, but it gets dirty far too easily. I would’ve preferred an all-metal hood, but others may disagree, and that’s fine.

I am not a cinematographer by trade (yet!), but I’ve finally been getting my feet wet this year and have been loving the new challenge. Using the Zeiss Milvus 50mm f/1.4 lens for video has been enjoyable thanks to the long focus throw and beautiful cinematic rendering. There’s no dedicated aperture ring on the Canon ZE version, but thankfully, the Nikon ZF version has one. I haven’t found focus breathing to be much of a distraction when filming, and it’s worth noting that Zeiss sells optional lens gears for the Milvus line in case the need to use a follow focus.

I remember back in 2015 when the Milvus line first came out, Zeiss was marketing the new lens collection as ideal tools for both photography and cinematography. The market for dedicated cinema lenses has grown significantly in the last several years, but based on my limited experience, I still think Milvus lenses are worth a look. 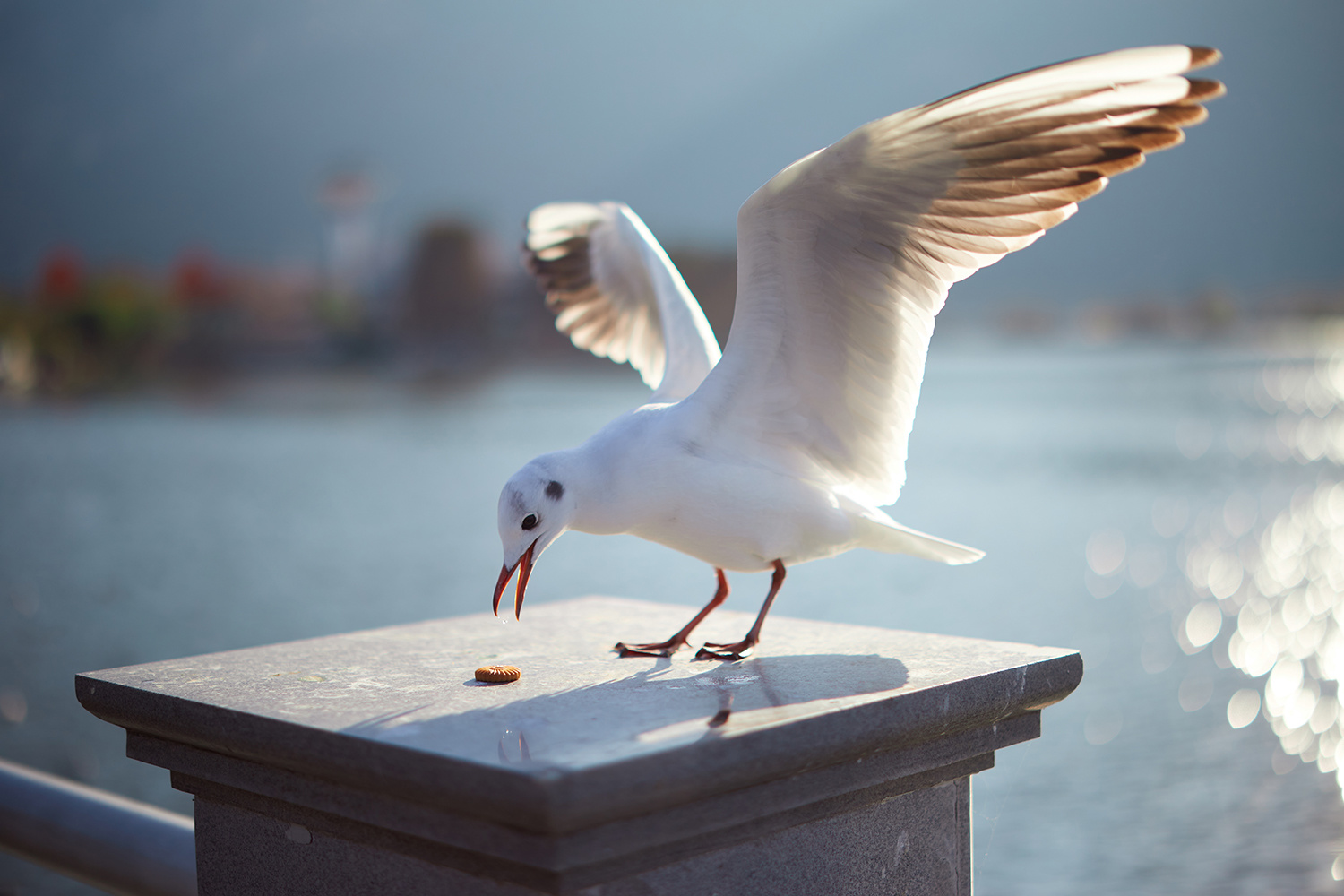 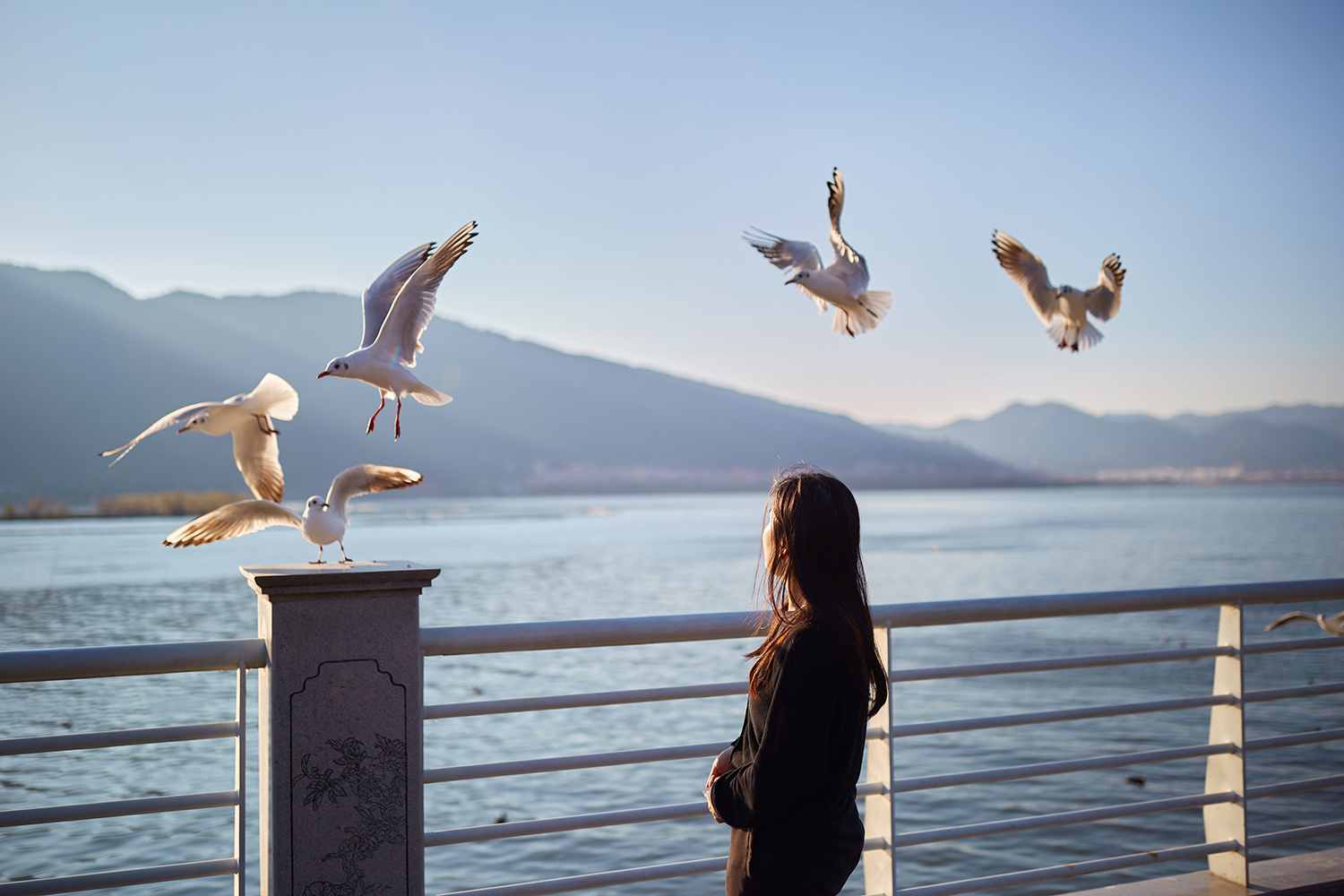 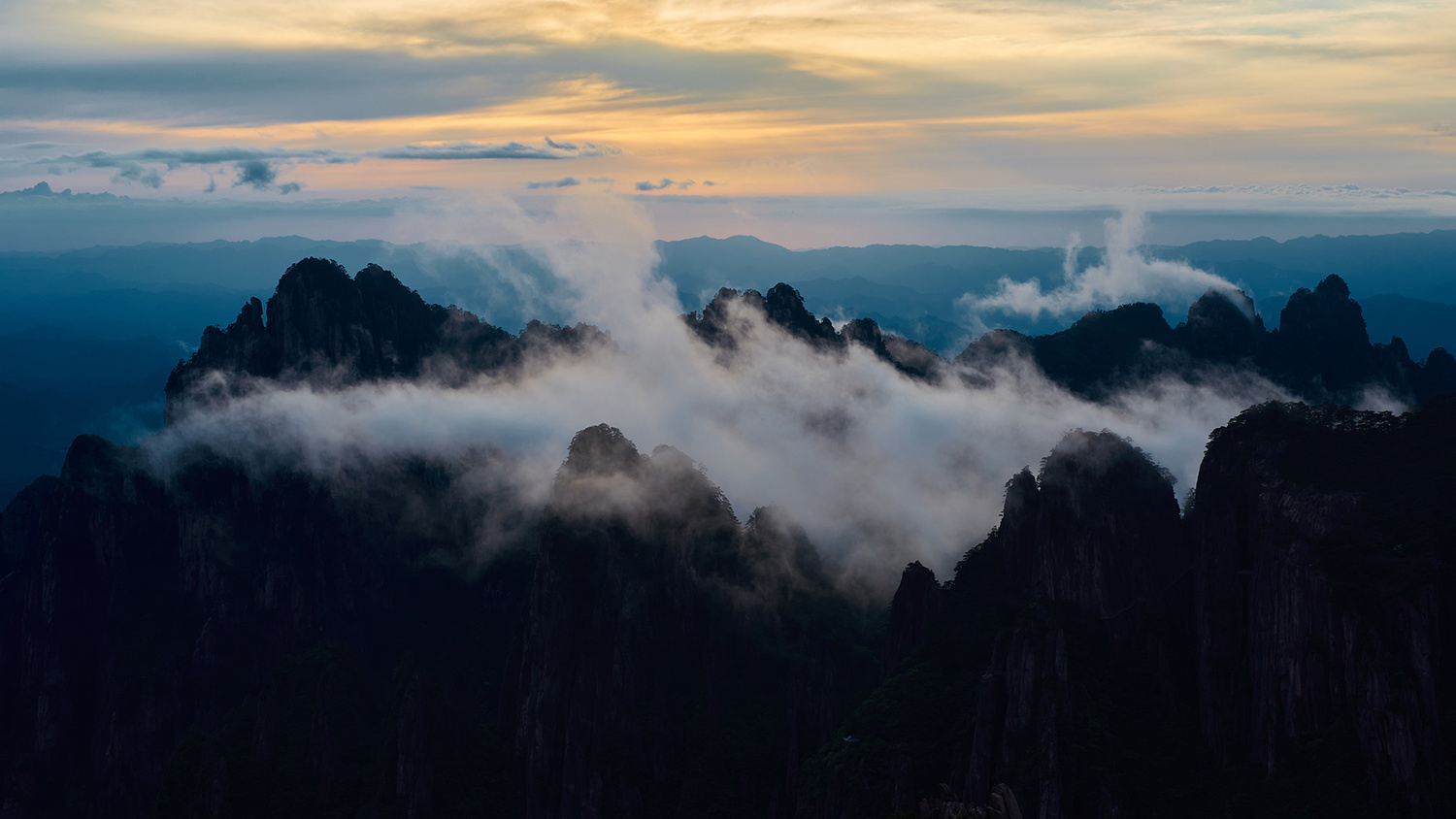 There is certainly no shortage of fast 50mm options these days, and at first glance, it would be easy to dismiss the Zeiss Milvus 50mm f/1.4 for its lack of autofocus or outdated DSLR lens mount It will never be a bread and butter lens for when you absolutely need to nail the shot quickly and the moment can’t easily be repeated. I recently tried to photograph a six-month-old baby and his parents with the Milvus 50mm, and within two minutes, I rightly switched back to one of my autofocus lenses. But if you aren’t rushed, the lens is very rewarding both in use and in the results it produces.