Only four teams cleared the multi-discipline course, which covered 115+ miles in a 30-hour time limit.

Mari Chandler, Brian Mayer, and Justin Bakken of Team Toyota Tundra won their second consecutive US Adventure Racing Association (USARA) National Championship in convincing fashion on Sunday. The win put them on top of the podium ahead of some of North America’s best adventure athletes in the elite Coed Division.

This year’s 30-hour championship covered race more than 115 miles between Mammoth Lakes and Bishop, Calif., with 38 teamsd stages of biking, padling, and trekking. Toyota Tundra, the winners of the 2021 championshipproved their versatility in a competitive field.

To complete the course, adventure racers must navigate difficult terrain using a map and compass alone. No GPS devices are allowed. Checkpoint flags are placed throughout the wilderness. As the racers find checkpoints, they punch in and move forward on the course.

This style of racing requires speed and endurance plus the mindset to push through sleep deprivation on an overnight course. Teams must stay together for the entire race, working to find checkpoints and transition areas marked on sets of topo maps.

Team who “cleared the course” obtained all possible checkpoints. That goal took first-place Toyota Tundra a total of 25 hours and 28 minutes. Second-place Bend Racing — including ultrarunning athlete Max King, Jason Magness, and Amanda Bohley — cleared the course in 27:09, and the third-place team, composed of triathletes Alyssa Godesky, Matt Cymanski, and Will Luppino of VERT, cleared in 27:22.

Only one other team, the all-male GearJunkie squad, finished the entire course, achieving the feat in 28:12. With their performance, GearJunkie’s Stephen Regenold, Kyle Nossaman, and Ryan Braski won the male division championship, ahead of second-place Ibex and third-place Los Padres Locos.

The course, according to Regenold of Team GearJunkie, was among the more diverse in recent memory, including alpine terrain, desert sections, river crossings, paddling, and the deep canyon of the Owens River, which many teams negotiated at night.

“The canyon trek was a highlight,” Regenold said. “It was a real and committing adventure navigating downriver in swift water and around cliffs for hours in the dark.”

The race started Friday, Sept. 16, at 8:30 am with a hike up Mammoth Mountain to the ski area’s summit. Their teams’ bikes were pre-staged and awaiting arrival. A descent on Mammoth’s technical downhill trails followed before a trail system and gravel roads brought the pack to a kayaking leg. 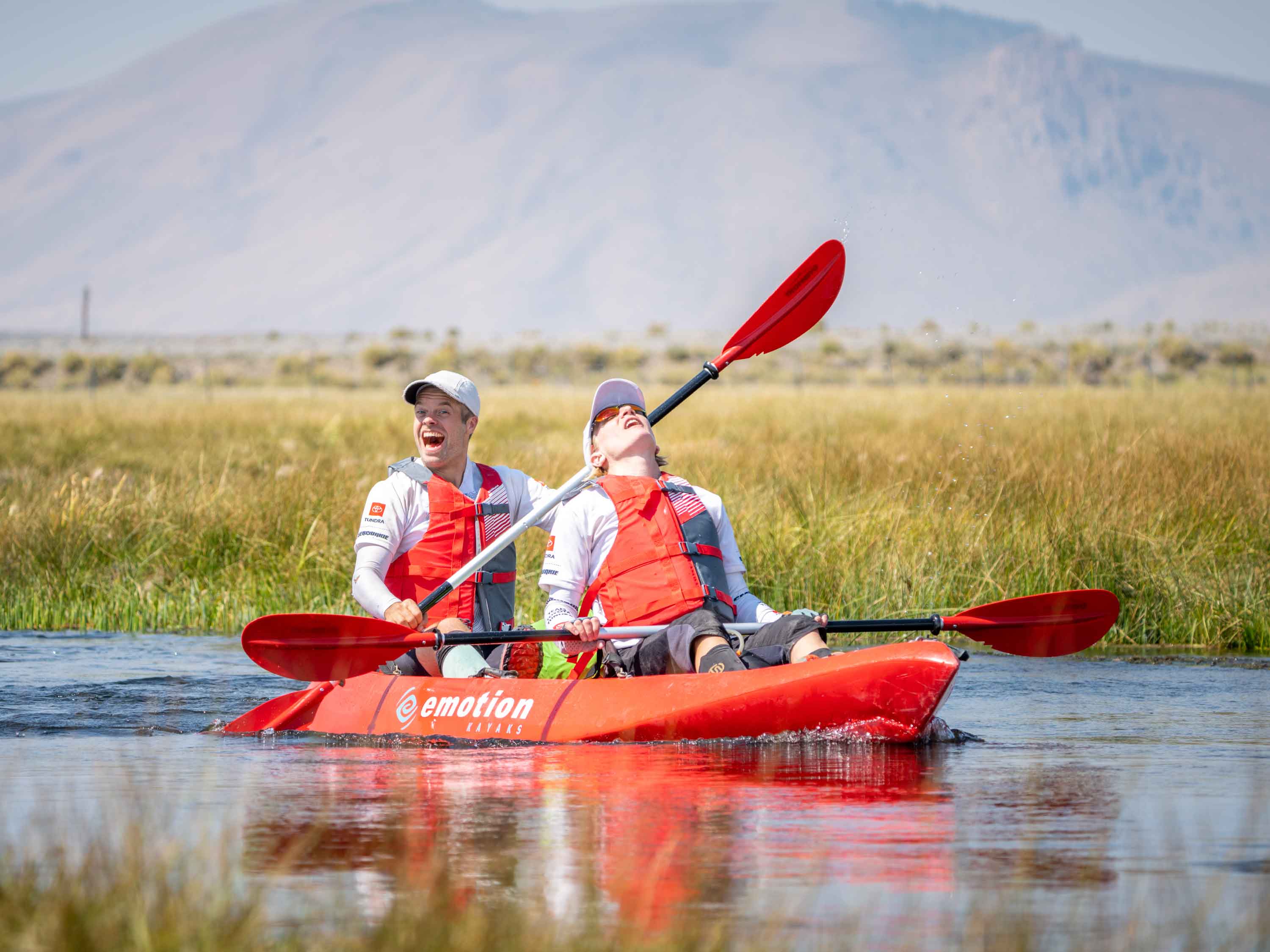 Teams paddled for 3-4 hours on Crowley Lake. A short trek at the south end of the lake then led to a grinding 3,000-foot climb on the bike to a series of checkpoints above 10,000 feet.

Racers enjoyed a massive descent from the high-elevation checkpoints and toward the Owens River Gorge. Near the top of the canyon, teams dropped their bikes and descended on foot, The 7-mile section took teams 5 or more hours to complete.

After that, racers completed a final bike leg and a 6-mile paddle on the Owens River, and then a run from the takeout to downtown Bishop, to cross the finish line.

USARA executive director Michael Garrison said the race — the first national championship to take place in the US West for more than a decade — achieving the organization’s primary goal of showcasing the nationwide appeal of the sport. 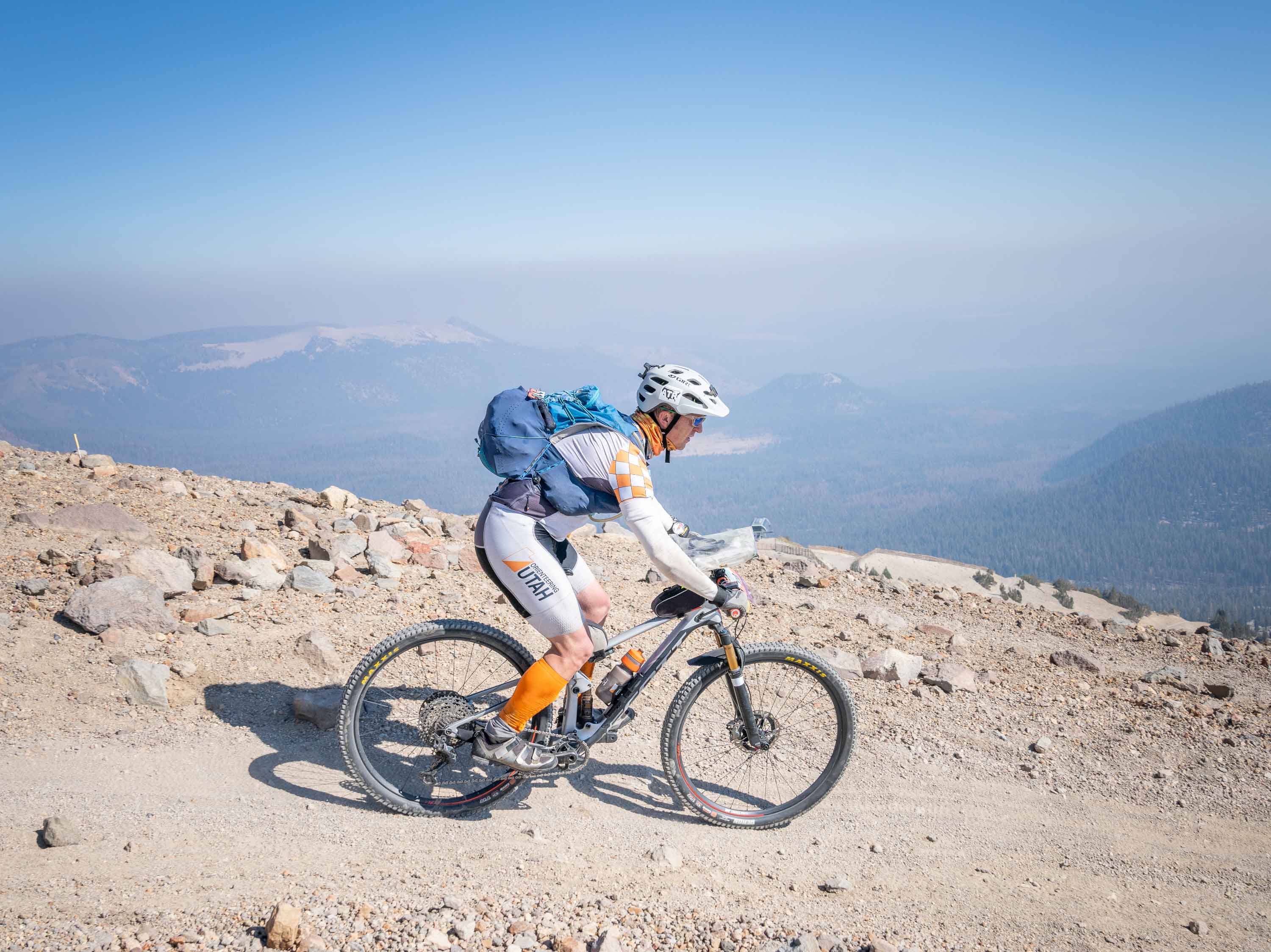 “The course was big, physical, and gorgeous,” Garrison said, “showcasing all that this amazing area has to offer. We also had a race director who executed a very challenging point-to-point race format flawlessly.”

Adventure Racing in the Spotlight

Adventure racing rose to prominence in the 1990s with the launch of the Eco-Challenge, a televised race that pitted athletes against massive distances and the elements. The first Eco-Challenge series ended in 2002, but adventure racing has continued to evolve and grow for decades.

The USARA National Championship was the culmination of a season that featured nearly 100 USARA-sanctioned or -affiliated races across the United States, ranging from 2 hours to 6 days in length. Thousands of racers competed on courses that required mountain biking, paddling, and trail running, using maps and compasses to navigate unmarked routes.

Garrison credited the support of USARA’s 2022 headline sponsor, Toyota Tundra, and its official media partner, GearJunkie, for making the season a success and helping to grow the sport nationally. He said the 2022 USARA National Championship was the culmination of a year of relentless work to make the sport more exciting for racers and the viewing public.

“One of our most critical goals for this race was to continue to evolve and improve how we bring the sport of adventure racing to the masses,” Garrison said. “We had a dedicated media team that did a fantastic job covering the race. We could not have executed that plan without the support of Toyota and GearJunkie.”

Eco-Challenge Fiji: The Shoes That Carried Teams Through the ‘World’s Toughest Race’

We queried a few prominent teams that raced ‘The World’s Toughest Race: Eco-Challenge,’ the expedition adventure held in Fiji. Here’s what the racers said about their gear. Read more…

We interviewed a few prominent teams taking part in the latest edition of Eco-Challenge, the expedition adventure held in Fiji. Here’s the gear that helped them through the ‘world’s toughest race.’ Read more…