Today, I’ll talk about one of the best values ​​in my constant lighting kit.

As someone who writes a column for Fstoppers, I often get the pleasure, sometimes curse, of reviewing photo and video equipment. Many times, it’s a new product on the market that I’ve reached out to get a review unit for. Other times, it’s something I’ve seen on set or used by a colleague that I wanted to put through its paces. And sometimes, it’s a product I’ve bought on impulse, fell in love with, and can’t wait to share with my readers. The light I’ll be talking about today falls into that latter category.

As I sit down to write this, I’m wearing my olive green pants. There’s nothing particularly special about them. You won’t see them in any fashion magazines. You won’t even see me wearing them in many photographs, at least not any that I allow to be seen in public. But of all the items of clothing in my closet, this particular pair of pants probably has been worn more than any other item. Why? Simple. They are super comfortable. They are super practical. They make my life easier. Best of all, these pants cost me a whopping $8 at the local Goodwill store, meaning they have more than earned their price tag a long time ago.

I don’t tell you that story to try to sell you used olive pants. I tell you that story because it’s an example of getting the most for your money. They were incredibly affordable. Serve a specific need. Get used a lot. And, quite frankly, just get the job done. Beyond all the influencer campaigns and promo videos, I feel like this is also the best way to think of photo and video equipment. We can get lost in the headlines. But, be honest, the highest value pieces of gear in your kit are the ones that you use the most, are most dependable, and cause you the least amount of problems. I have plenty of super expensive and fancy gear that makes me seem more interesting than I actually am to the outside world. But, often, it’s the less heralded gear that actually allows me to do my job in the first place.

I first heard about the amaran COB 60d on The Cinematography Podcast. I was listening to the podcast during the last mile of an early morning fifteen mile run and my legs had given up around twelve mile. In the podcast, the hosts do a segment where they talk about products they like and they mentioned the COB 60d. In full transparency, I have spent a lot of money on constant lights this year. Like, too much. Well, maybe not too much, actually. In the still world, my strobe situation has been settled for some time. But, as my career shifts in a different direction, it’s clear that my hot light collection was somewhat lacking. So, now that the camera situation has been solved by the Nikon Z 9, I’ve put most of my gear budget this year into constant lighting.

Unlike the variable success of my camera search in recent years, I’ve pretty much fallen in love with every lighting unit I’ve acquired. They all serve specific purposes. But they’ve all been well thought out, if I might say so myself, and the complete picture is coming along well. So, in theory, I didn’t really need to add another light. But, when the host mentioned the COB 60d, whether due to actual need or lack of oxygen to my brain, I was intrigued. When I got home and realized the lights only cost $169, I went onto B&H and bought a pair.

Describing how I came about buying this light takes longer than explaining the light itself. It’s a pretty straightforward daylight balanced 65 W COB LED fixture with a max power draw of 76 W and a 96+ CRI score. What stands out about it is the value of the light based on its utility. 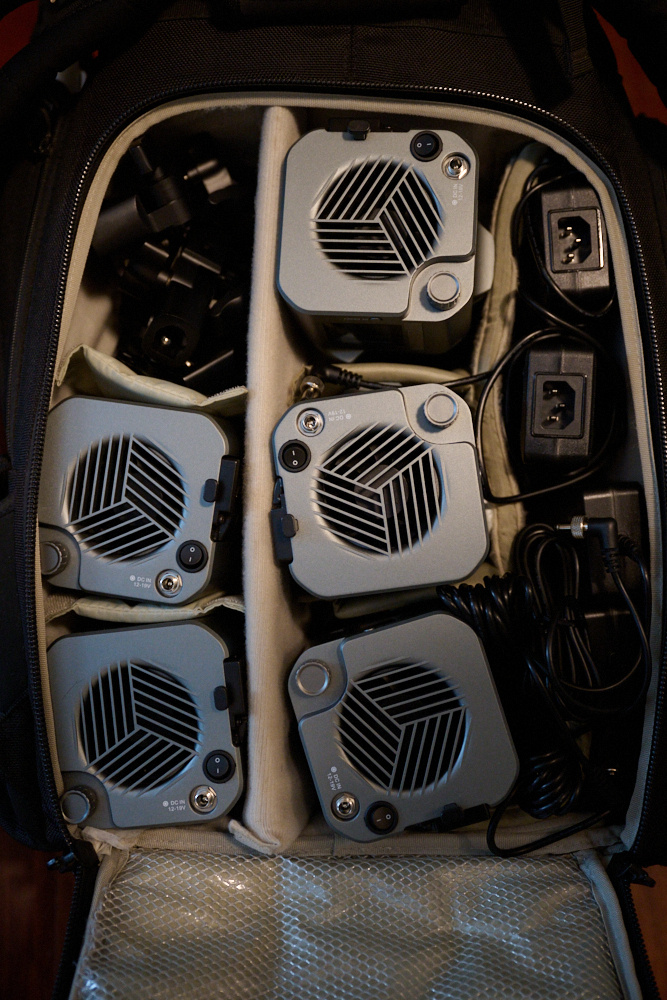 First off, these things are relatively small. As someone with a host of massive panel lights and a host of massive metal stands to hold them, the light’s form factor, at roughly 4 ½ inches square, is a breath of fresh air. They can fit into pretty much any small camera bag. Or, you can fit several of them. I say “several” because, upon their arrival, I immediately went back to B&H to buy more. We’ll get to that in a second.

Given their small form factor, the lights are incredibly powerful, putting out 45,100 lux at one meter. For comparison, I have other lights such as the Aputure 300d, which I also love, but that I rarely run at full power. That light is awesome, but is larger and takes more planning to set up due to the traditional ballast and other components. The COB 60d running at higher powers is capable of similar light output (compared to how I usually use my 300d). Plus, the COB 60d is self-contained, tiny, and pretty much plugs right into the wall. Or, perhaps more impressively, can be powered by batteries or a traditional V mount. This is important because it’s the type of fixture you might want to place in harder to reach places due to its size. Being able to power it with reasonably priced batteries without running cords adds incredible value logistically. And it connects to the Aputure Sidus Link app so I can control all the units remotely via my phone/tablet/etc. while also controlling my other Aputure lighting products.

I mentioned that I usually use my 300d at less than its full capacity. This is important because it means the 60d can handle many of the daily tasks I need it to do with greater ease. For example, the light is more than powerful enough to push through smaller softboxes or bounce off surfaces when lighting a medium-sized room. And, again, because of the lower costs, you are able to get a lot of them for the price of many other single units. 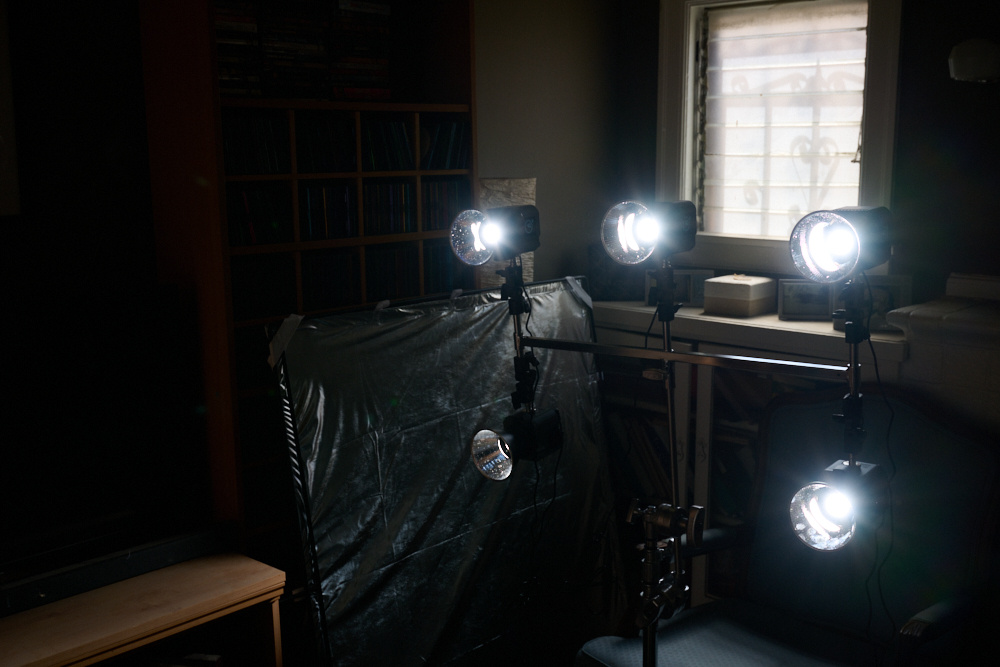 I even put together a small backpack which contains five of these small lights. I can use them individually with the included reflectors and/or included socks for softening the light. I can gang them together to create a more powerful and larger PAR type light. I can take that and bounce it off an ultra-bounce to create a large soft source. It has a built-in Bowens mount, so it can be used with a lot of existing modifiers already in my kit. The flexibility of this light is amazing. And, even though its individual specs don’t rival some of the other fixtures in my kit, it does so many things well that it usually ends up being the first thing I reach for when setting a scene.

There are two variations of this light. The one I have is the COB 60d. There is also a COB 60x, the difference being that the 60x is variable, meaning you can shift from daylight to tungsten. But the 60d was less expensive and more powerful, which is why I opted for it. Your choice may vary based on your needs and the rest of the tools at your disposal.

But, to me, the COB 60d is the perfect example of how getting a great image doesn’t have to break the bank. I am blessed to be able to have options in my lighting choices. But, if one were looking to build their kit, but lacked a great deal of funds, there aren’t many choices out there which offer as good a value for your money. This light is one impulse buy that I’m happy to say translated into a great purchasing decision.