Film is back, and with its booming popularity, there are a lot of options to try. These are our top picks for the best 35mm film you can find today for a range of use cases.

Film is currently so popular that Kodak has said it “cannot keep up with demand” and “retailers are constantly telling us they can’t keep these films on the shelves and they want more.”

There are a lot of reasons for that — which we won’t get into here — but personally, I think it’s fantastic that film still has strong demand, especially since I also shoot film so I’d love for it to continue to remain available .

In that spirit, we’ve put together a short list of some of the best 35mm film stocks on the market, broken down into six basic categories. Obviously, these choices are completely subjective. And though I try to explain why I chose which films I did, a lot of it often simply comes down to personal preference as well.

Keep in mind that many of these choices are also available in 120 (medium format) and 4×5 (large format). 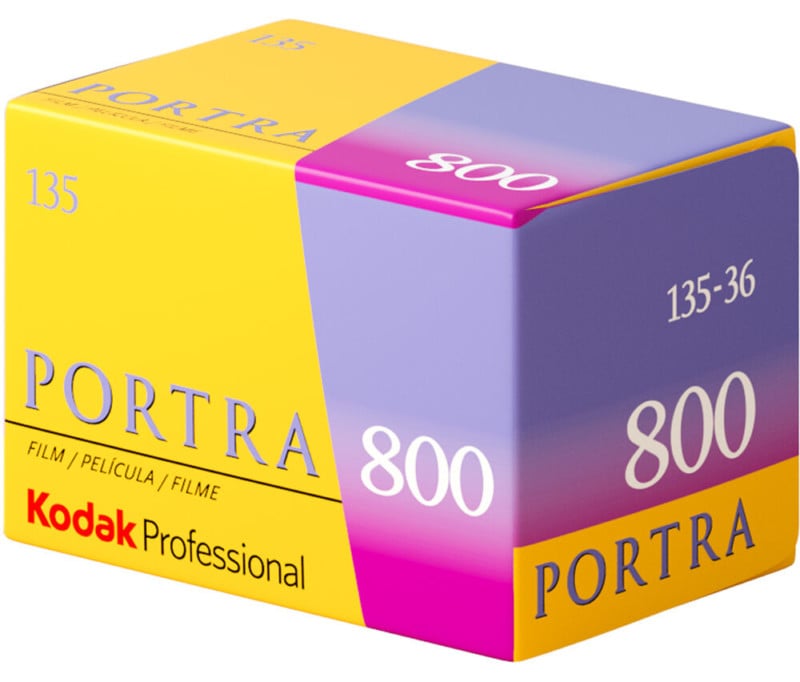 Choosing a “best overall” film is a bit of a nebulous task — after all, “best” is not only subjective but entirely dependent on what you’re going to be using it for. So, I’d like to think of this more as “most versatile.” And in that case, there’s one film stock that stands out — or rather three of them: Kodak Portra 160, Kodak Portra 400and Kodak Portra 800.

Is it cheating to pick all three? Not really. Kodak Portra is designed to be consistent throughout the range. Just pick the best speed for your needs. Shooting a wedding that may be fully or partially indoors? Go with Portra 800. Shooting landscapes or portraits outdoors in the sunlight? Get Portra 160. Want a versatile middle ground? That’s what Portra 400 is for.

Speaking of portraits, that’s exactly where Portra (see where the name comes from?) excels. It’s been widely regarded for decades for its pleasing skin tone reproduction, subdued saturation, nice warmth, and beautiful highlight roll-off. But it’s not just great for portraits — if you like a slightly more muted look for landscapes like I do, Portra will serve you nicely. It’s also a great option for street photography.

The range of ISO options from 160 to 800 gives you a lot of flexibility while still being able to retain a consistent look. No other film available today offers that, making Portra the most versatile color film on the market. 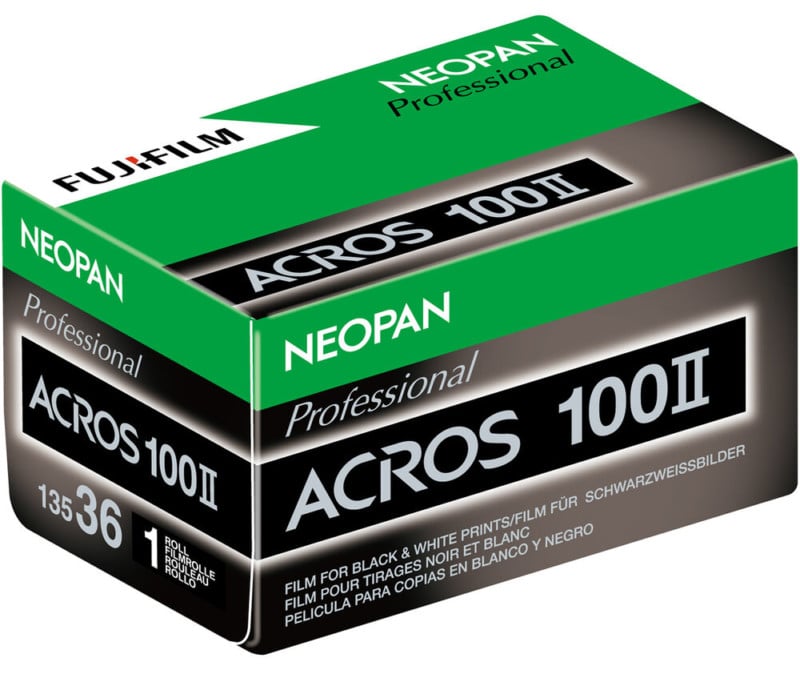 Many younger photographers may be most familiar with the Acros name as one of Fujifilm’s most lauded film simulations in their APS-C X-series and medium format GFX-series cameras. But — like Provia, Velvia, Astia, Pro Neg, Classic Chrome, Classic Neg, and Eterna — the name is derived from film stocks that Fujifilm has produced over the past 88 years. Many of them are no longer made, unfortunately, but Acros has survived. Barely.

Acros was discontinued in early 2018, much to the ire of many film fans. But Fuji heard them loud and clear, eventually announcing Fujifilm Neopan Acros 100 II in mid-2019 after “researching substitutes for raw materials that became difficult to obtain and radically reexamining the manufacturing process to match the new raw materials.”

The new Acros is not identical to the original, however — “compared with [the original Acros 100] the gradation of the highlighted part is designed to be sharper and three-dimensional gradation reproduction is possible,” according to Fujifilm. It also adds that the film produces the “world’s highest level of granularity of a black-and-white film with ISO 100 sensitivity.”

Like many others, Acros 100 was my favorite black-and-white film stock and I was crushed when it was discontinued. But the new Acros 100 II is as good as ever with fine grain, impressive dynamic range, and beautiful highlight tonality. In my opinion, the results are good as it gets.

While normally I’d pick a more medium-speed film like Kodak Tri-X Pan 400 for this category, Fuji Acros pushes so well that you can pretty much use it anywhere from ISO 100 to ISO 800 — maybe even higher, but the most I’ve pushed it is three stops. This makes it a fantastic choice for everything from landscapes to street photography to weddings.

Try it out, you won’t be disappointed.

Another favorite of mine is Ilford FP4 Plus. 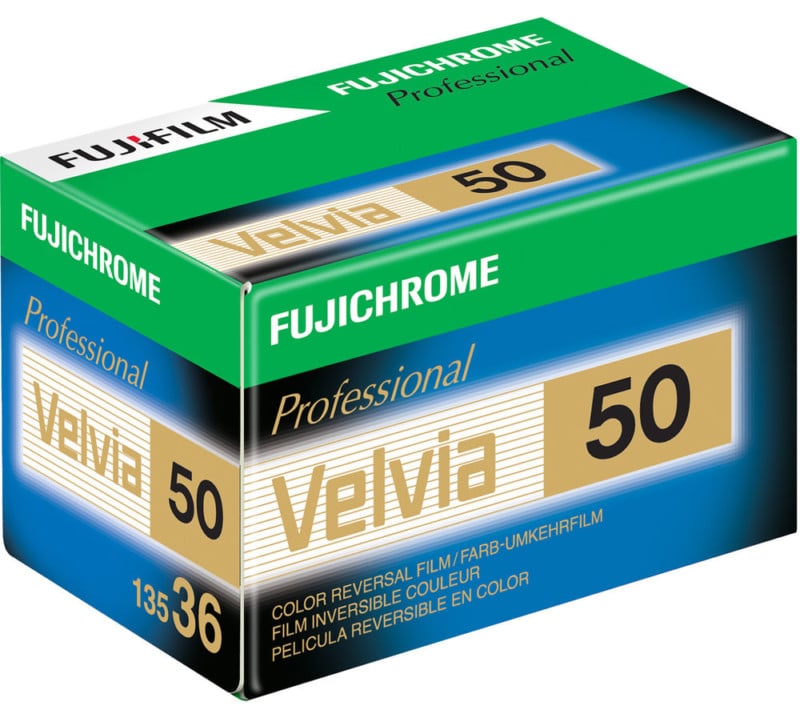 Reversal film, perhaps more well-known as slide film, is a type of film that produces a positive image, instead of the negative that we most commonly think of when we envision film. This means you can look at the film and you’ll see the photo as it should be — there’s no need to invert when scanning. Reversal film was commonly used in the past with slide projectors for home entertainment.

Today, reversal film is rarely used with projectors, but rather for its very unique aesthetic. Poppy, vibrant, and richly saturated colors with high contrast is the trademark signature of most reversal films. Reversal film also produces the finest grain and highest resolution of any type of film, which makes it very popular with landscape photographers. Most low ISO 35mm negative film can resolve about 12 megapixels, while some reversal film is capable of up to 16 to 20 megapixels.

My pick is Fujifilm Fujichrome Velvia RVP 50 Because of its full stop lower ISO, which means finer grain and higher resolution — it’s probably the highest resolving 35mm film on the market. Compared to Fujichrome Provia RDP III 100F, I find Velvia to have a bit more natural color — Provia can be overly warm in some cases, which can result in somewhat dull blue skies and yellowish whites. Both produce nice, punchy colors, but I simply prefer the more neutral drawing of the former.

The newer Kodak Ektachrome 100G is a great film stock, though quite different from its predecessor. Compared to Velvia 50, it imbues images with a bit warmer tones and very nice reds, while Velvia 50 is slightly cooler. I prefer the foliage from the Ektachrome, as its warmth results in more natural colors compared to Velvia’s hint of blue in the green tones. Both are great options, but I feel Velvia 50 is a better all-around option and its finer grain and higher resolution is a big bonus. But give both a shot!

Keep in mind: reversal film has much more limited latitude than negative film. It doesn’t take nicely to push or pull processing and is very unforgiving of sloppy exposure. It’s a little like a CCD sensor compared to CMOS. Using a camera with matrix metering — like a Nikon FA or later autofocus SLRs — will produce the best results without as much of a learning curve.

Also, cross-processing — developing E-6 slide film in C-41 negative chemistry — can be fun to experiment with. Most film labs will offer an Xpro option.

If black and white reversal film tickles your fancy, Fomapan R100 is an attractive option. 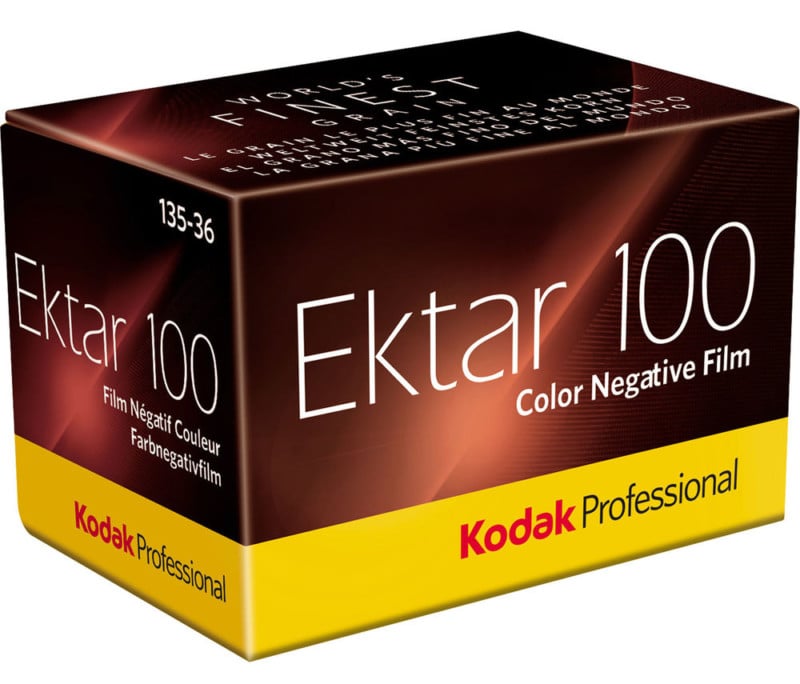 What do we think of when we envision a nice landscape photo? Beyond the composition, the colors are usually one of the first things. If we ignore the modern trend of bombastically oversaturated “HDR”, a nice landscape, for most people, has natural, punchy (but not extreme) colors with moderate contrast and smooth tonality.

That’s exactly what you’ll get with Kodak Ektar 100.

Kodak also boasts that Ektar 100 has the finest grain of any color negative film on the market — I wouldn’t be surprised if that was true.

Of course, use isn’t just limited to landscapes. It’s a great film for fashion, street, travel, product, and general photography. It doesn’t push as well as Kodak Portra and is only offered in ISO 100, so it’s not great for low-light applications. 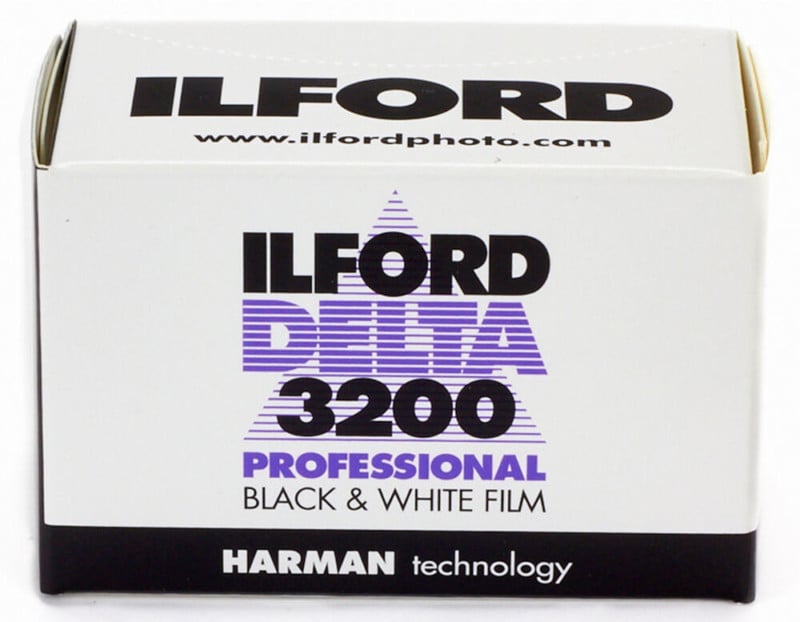 If there’s one thing film isn’t highly regarded for, it’s low-light shooting — one of the biggest advantages of digital in the early and mid-2000s was its superior high ISO capability. But that doesn’t mean you can’t shoot in low light with film, at least as long as you don’t mind some strong grain.

There used to be a lot of high ASA film stocks — Fujifilm Neopan 1600, Fujifilm Natura 1600, Kodak Ektar 1000, and Kodak Ektachrome P1600, to name a few. There was even high-speed slide film available, like FujiChrome 1600 Pro D, FujiChrome Provia 1600, and FujiChrome MS 100/1000. But since the digital revolution, most of them have been discontinued. Two remain, though unfortunately, neither is color.

Of those two, my choice is Ilford Delta 3200 Professional. This is actually an ISO 1000 film with an EI 3200 box speed. In other words, the film is ISO 1000, but if shot at its “box speed” (3200) it would be underexposed by 1 2/3 stops and push processed to ISO 3200 at the lab. And that’s the beauty of this film — it has a very wide exposure latitude. You can easily shoot it anywhere from ISO 400 to ISO 6400, and Ilford even claims it can be exposed up to EI 25,000, though it recommends making “test exposures first to ensure the results will be suitable for the intended purpose.” I’ve never pushed the film that far, nor can I imagine why I ever would, but I assume it would be quite grainy.

Ilford Delta 3200’s pleasant grain structure, wide exposure latitude and tonal range, and excellent contrast make it the best film still on the market with a nominal sensitivity above ISO 800. Whether you need to shoot fast action at high shutter speeds, night-time photography , or indoors without a flash, Delta 3200 can suit just about any purpose.

The other remaining alternative on the market is Kodak Professional T-Max P3200. While it’s also a very nice film stock, I find the Ilford’s wider exposure latitude and more pleasing grain to make it the superior choice. 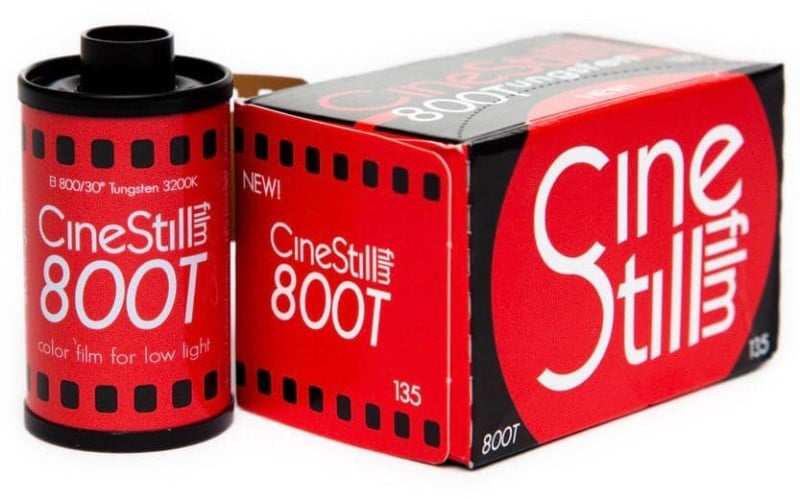 Back in the early 2010s, identical twins Brandon and Brian Wright (as a native Daytonian I have to resist the urge to make a Wright Brothers joke) decided to do something different — they wanted to repurpose motion picture film for use with 35mm stills cameras. Motion picture film uses a development method called ECN-2 (Eastman Color Negative), while stills color film uses C-41 chemistry.

To do this, they removed the Remjet layer (“removable jet black layer”), which is an anti-halation backing made of black carbon particles. Normally, this layer is washed out in the ECN-2 process, but C-41 isn’t equipped to deal with it.

After a lot of experimentation and I’m sure a lot of frustration, they were able to make CineStill Film Xpro 800Twhich is based on the very popular Kodak Vision3 500T 5219.

What makes CineStill 800T unique — beyond it being a repurposed motion picture stock — is that it’s tungsten balanced (that’s what the “T” stands for). All other color films on the market are daylight balanced. What does that mean? Well, if you shoot at night, you’ll get some very lovely results, where the film will balance out the typically warm nighttime light sources like street lamps. Shoot during the daytime and you’ll end up with a bluish hue. It’s not overpowering either way, but the effect is noticeable and can make for some really cool, creative potential.

The removal of the Remjet layer also means that point light sources and lighted signs will bloom (halation), which makes for a subtle but noticeable effect.

Conversely, there is also CineStill Film Xpro 50D, which is based on the Vision3 50D emulsion. As a daylight-balanced film, it will have the opposite results as the 800T depending on the ambient lighting.