When I first switched over to Sony cameras a couple of years ago, I tried out a ton of lenses before I made my purchases. One of the last lenses I purchased, though, was a telephoto lens. After trying Sony’s 70-200mm f/2.8 GM, I ended up choosing the Tamron 70-180mm f/2.8.

It was lighter, smaller and performed well in my tests. But now that the second iteration of Sony’s G Master lens is out, does Tamron’s lens continue to hold its worth?

All technical specifications for (product name) have been taken from B&H Photo:

The Tamron 70-180mm f/2.8 is a very compact telephoto for Sony E mount cameras. It follows the design style of Tamron’s other E mount lenses, which offer a modern aesthetic made up of lightweight composite plastics (with a metal mount).

There is only one switch on the lens — a Lock switch — meaning you want to switch to manual focusing, you’ll have to do that in-camera.

The lens also has weather sealing, meaning it’ll thrive in any conditions.

The Tamron 70-180mm f/2.8 is a very approachable lens. You pick it up, connect it to your camera and fire away. There are no buttons or switches to mess with. Zoom and focusing rings are smooth to use, too.

Image optics are stellar with this lens, and it’ll work great in a variety of environments, both indoors and out. I’ve yet to find a scenario where the 70-180mm doesn’t work as expected, oftentimes exceeding my expectations. For anyone photographing events, this is going to be a lens you’ll want in your bag at all times.

Throughout the year I’ve had the 70-180mm, I’ve used it on a variety of photoshoots, including quite a few with action. These include a skate park competition, running group, swing dancing, fire dancers, concert and bike race.

With the 70-180mm, I’m incredibly confident that I’ll hit my targets. Autofocus is very fast to lock on, and I don’t see any hunting, even in situations where there’s not a lot of light present. This is super impressive, as when it’s combined with Sony’s amazing Eye AF tracking, you get a great combo that’s hard to beat.

All in all, the Tamron 70-180mm has some great optics. And while there’s some minor distortion and vignetting present, it shouldn’t be a worry with this lens. Outside of that, the lens is tack sharp and offers a great subject separation with some bokeh. 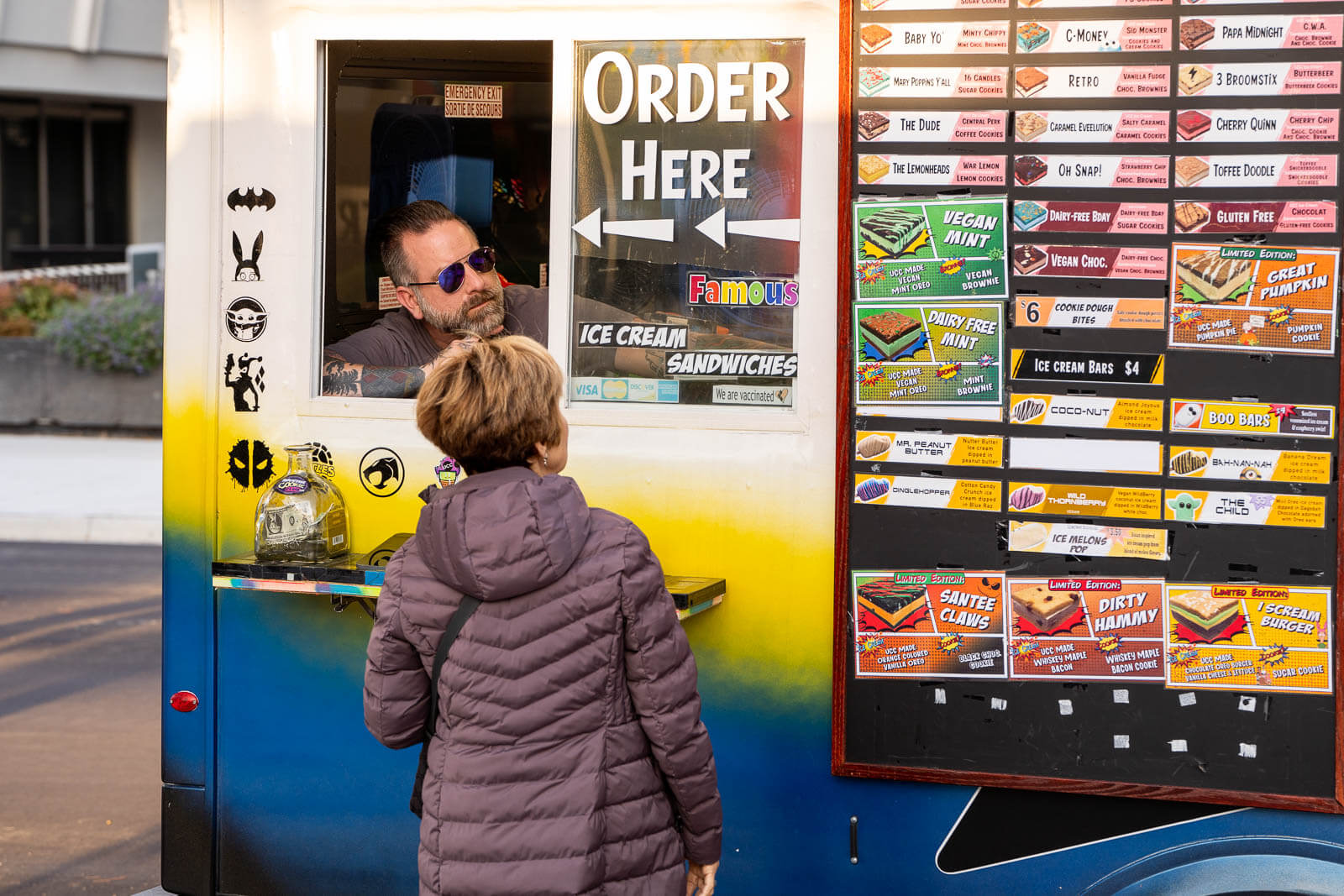 The Tamron 70-180mm has some minor distortion and vignetting, but this is easily corrected during post-processing. Personally, I like the bit of vignette it adds, so I tend to keep it.

Like other Tamron lenses I’ve tested, ghosting, flaring and chromatic aberrations are controlled incredibly well. I’ve photographed several times with the light behind subjects, and there’s simply nothing to about here. For a budget-friendly lens, this is impressive.

If there was one thing initially holding me back from picking up the 70-180mm, it was the fact that the lens doesn’t have any image stabilization. But its lighter weight makes up for that, making for a well-balanced lens that performs well and gives sharp images no matter what camera you use.

Even on my old a7 III camera, which wasn’t exactly a stabilization machine, I had no issues getting sharp photos with the lens.

Zooms will never match primes in terms of their bokeh qualities, however, the Tamron 70-180mm does a superb job at background separation with subjects. When bokeh is present, it’s relatively round, with some cats-eye present when wide open. The effect is pleasing and adds to the image qualities of this lens.

Colors on the Tamron 70-180mm are very pleasing. They tend to lean a little warm, so be aware of that if you’re shooting portraits. But overall, colors pop and are very nice and life-like.

I’ve been impressed with my Tamron 70-180mm for over a year now, and I continue to be. Even while I tested the new Sony 70-200mm II, I found myself going back to the Tamron.

The Tamron has a lot of things going for it. It’s small, light, has great optics and has fast autofocus. The Sony is great too, offering an internal zoom, image stabilization and 20 extra millimeters on the long end. But it’s also larger and heavier. And when you’re out shooting for several hours a day, that can really weigh on you.

Regardless, both lenses are great. For me, the Tamron makes more sense because of what it offers me. It still certainly holds its own. Not to mention, it’s more than $1500 cheaper.

Flexible zoom range, fast design, and compact profile, the Tamron 70-180mm f/2.8 Di III VXD is a unique take on the ubiquitous and popular telephoto zoom. Designed for full-frame Sony E-mount cameras, this lens spans a useful short-telephoto to mid-telephoto range and is characterized by its f/2.8 maximum aperture to suit working in available light conditions and for controlling depth of field.