Have you found the perfect place to host your photos? I’ve been hunting everywhere for the best site to upload my images to and share them. After my research, what I concluded was the best for me took me completely by surprise.

My search for the perfect place to store my photos started with a rhetorical question: what’s the point of taking pictures if nobody sees them? Wherever I kept them, I wanted to be able to share them too. Over the years, I’ve also changed my mindset. I accepted that there was no perfect free solution; I needed to pay for the level of service I wanted. There is always a cost, although that cost is not always directly financial. Sometimes, that cost involves sharing one’s photos with advertisements, giving away personal data, or having the images displayed in an unwelcome way.

Talking of which, Instagram is wholly inadequate. Yes, like Facebook, it’s a good marketing tool for my business, and it can show my images to many people if I pay for it. But I have never been a fan of “Like” buttons, and I don’t actively seek hundreds or thousands of followers. Additionally, there are several areas where it fails photographers.

Firstly, if you want your photos to be seen organically, ie without paying, you must keep posting them regularly. That’s fine if you churn out images with photographic dysentery. But try to achieve quality over quantity in your photography, and that approach won’t work. Instagram wants me to post X times a week for my posts to be seen. X equals anything from one to fourteen, depending upon whose advice you read. You must then add appropriate hashtags, not too many or too few.

Moreover, the images on Instagram are tiny. Most photos have details that we want our audience to see. They preview with a square aspect ratio. I rarely crop to those dimensions, and I don’t want it randomly reshaping the images that I have carefully composed.

Instagram has changed too. It is no longer a photo-sharing site but a video host in direct competition with TikTok. Like YouTube, it’s trying to take a bite out of the short video market. Instagram is now packed with low-quality, poorly acted productions of people trying unsuccessfully to be comedians or musicians, people showing off how generous they are by giving away money or iPads, and recordings of other people’s misfortunes. Reels have become the opiate of the masses, with people wasting their precious time watching them instead of living their own short lives.

Besides Instagram, Meta also owns Facebook, another repository of time-wasting reels. Most of us have discovered photos uploaded to Facebook get compressed poorly. There’s lots of differing advice on the internet about aspect ratios and whether to compress the image before uploading. It can seem confusing, so I recommend checking this blog from Hootsuite. It is a highly respected social media platform for businesses with accurate, up-to-date details about the ever-changing image sizing and posting frequencies.

With both Facebook and Instagram, photo metadata is stripped away. Accordingly, it is feasible for an image to be stolen and then repeatedly shared. Even those not intent on committing copyright theft may use it because they cannot identify the original photographer. That’s not great. The same applies to Twitter and some other social media sites too. Another problem with Facebook is that if you post an image from another hosting site, Facebook crops the preview. I don’t know about you, but I don’t want Meta dictating my images’ aspect ratio. 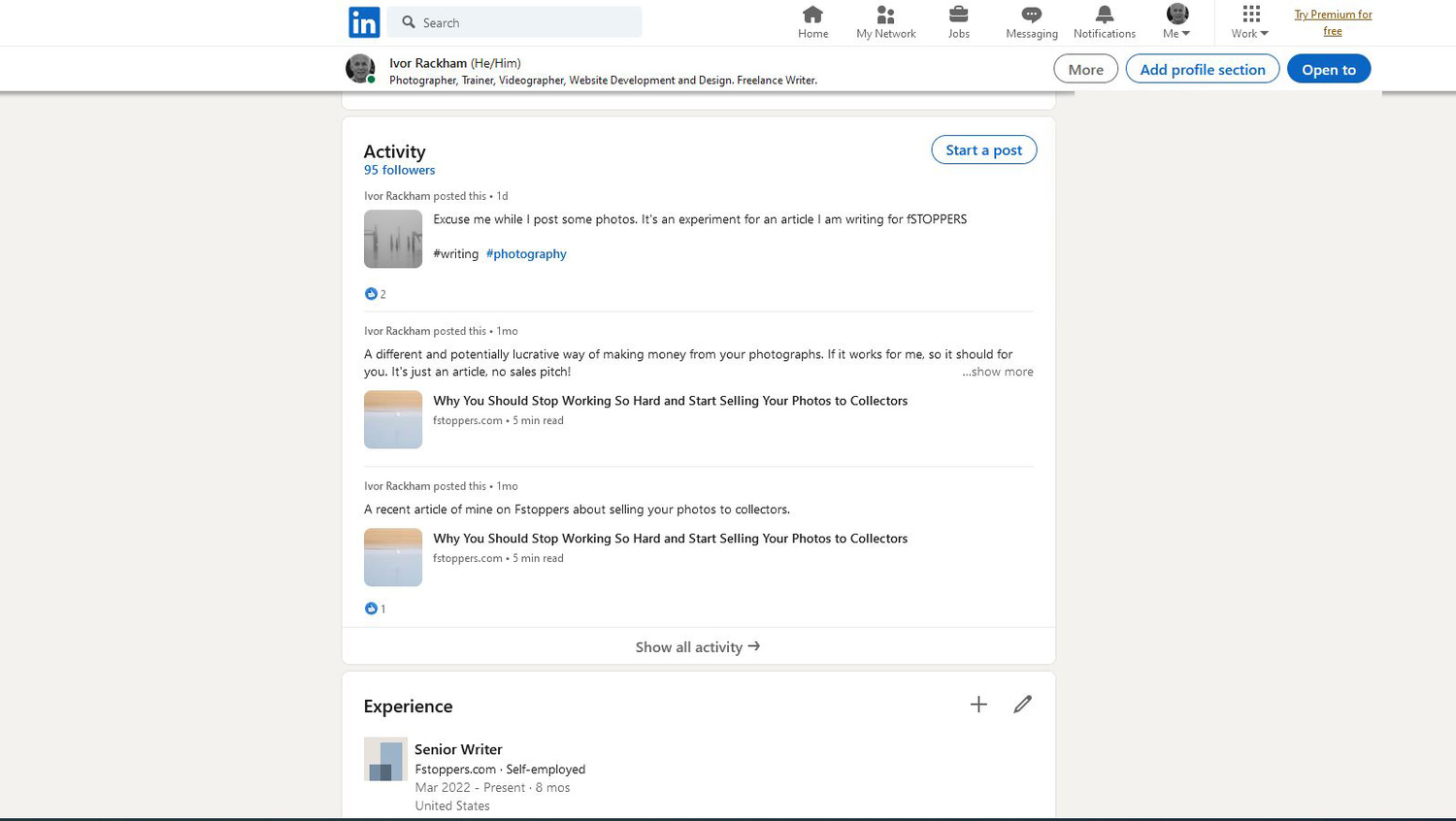 So, if we want to share our photos with others, what can we do about it? There are alternatives; lots of them. But each has its issues. The biggest problem that applies to all of these is audience size. Through those big social media sites, we can reach a big audience. Those household name sites have many users.

Accordingly, if you pay to promote your post, you have a potentially unlimited reach. Smaller sites are likely to have fewer members and are probably dominated by other photographers and artists. That may not be who you want to reach.

Interesting, those small sites will grow if they get adopted by users. There is a lot of buzz at the moment about Vero. Its membership was boosted in 2018 following the Cambridge Analytica scandal and the use of Facebook data to the democratic process. (Although it is not big news, those kinds of practices continue, and Cambridge Analytica operates, in effect, under different names.)

Unlike Facebook, which uses advertising and data control, Vero is financed by affiliate fees resulting from sales made through its site. Some fear that there is the potential for Vero to start selling user data too. Furthermore, there is some worry about its link to Russia, although the site’s founder, billionaire Ayman Hariri, says this is xenophobia. Illya Ovchar recently wrote an interesting analysis of Vero that is worth reading.

The truth is, whoever you use to host your images, there will be the potential for some controversy and debate about the owner of the service. For example, Visual China Group owns 500px. It was reported to have been fined by the Tianjin cyberspace affairs authority for failing to detect the illegal content posted by users.

As an Amazon Prime member, you automatically get unlimited photos with Amazon Photos, albeit with limited video storage. It has another disadvantage too: images are not sorted into folders. Not a big issue if you upload and catalog them with, for example, Lightroom and a plugin. But you will end up with a big pot of unsorted photos. Sadly, when I tried to post pictures hosted by Amazon Photos on Facebook, the image failed, and my viewers got an empty white box. Amazon Photos does allow the saving of raw files, TIFFs, JPEGs, and PNGs, but not PSD files.

Another site I explored was Fotki. Its premium service of $36.96 per year gives a miserly 300 GB. 4 TBs will cost you over $74 per year. That’s relatively expensive compared to some hosting sites. Also, the site’s layout seems disorganized and poorly designed.

You can, of course, host photos on your own website. That can be free through sites like WordPress. Fees are applied depending on the functionality and storage required. It is easy to self-build a simple site with low functionality.

So, I returned to one of the first hosting sites I used.

Flickr is now owned by SmugMug, the photo-sharing website host geared toward professional photographers. Flickr was once hugely popular. However, its popularity has waned over the years. That is a shame because it is an excellent platform for sharing images, especially since it gives control over whether third parties can download pictures. To extend beyond the free uploading of 1,000 photos to unlimited uploads, one must buy a premium subscription, which also gives ad-free browsing and unlimited private images. Flickr is $66.48 per year (with a two-year contract), a much better value than Fotki.

You can put links to Flickr-hosted images on other social media and choose how much of its metadata is shared there. However, Facebook seems to restrict viewing posts with hyperlinks, expecting users to pay for them. Also, Flickr does not allow the storage of raw files.

So, I didn’t find what I was looking for. There was no winner. Perhaps if you are a software developer looking to make the next big thing on the internet, there’s a place to start. I need a joint storage and social sharing platform for creators. It must never abuse our personal data, accept raw files, and be cost-effective. It must appeal to a broad audience, so everyone will want to join. Plus, it can’t be filled with mindless reels or have “Like” buttons.

Have you any suggestions of what I should use? It would be great to discuss them in the comments.