If you want to know how good your camera is, pushing its abilities as far as they will go is the way to find out. Combining speed, vibration, and low light stretches its photographic capabilities, and flying mud, rain, and thick fog helps too.

Both my sister and her husband have won a string of husky racing awards, including being former World and European Sleddog Association Champions. They now run the only purpose-built sled dog training center in the UK. Set atop a mountain in Perthshire in Scotland, I took my camera up to Bowland Trails to get photos of her and her 50 dogs, 100 head of cattle, and 200 sheep.

They are now unable to race because Brexit quadrupled the cost of taking the dogs overseas, making it prohibitively expensive. Similarly, they are no longer hosting international racing events. However, they still train other racers and their dogs, plus take guests for rides around the mountain farmland, open moor, and forests where the highland cattle and wild deer share their land. The teams of dogs pull a converted quad bike. 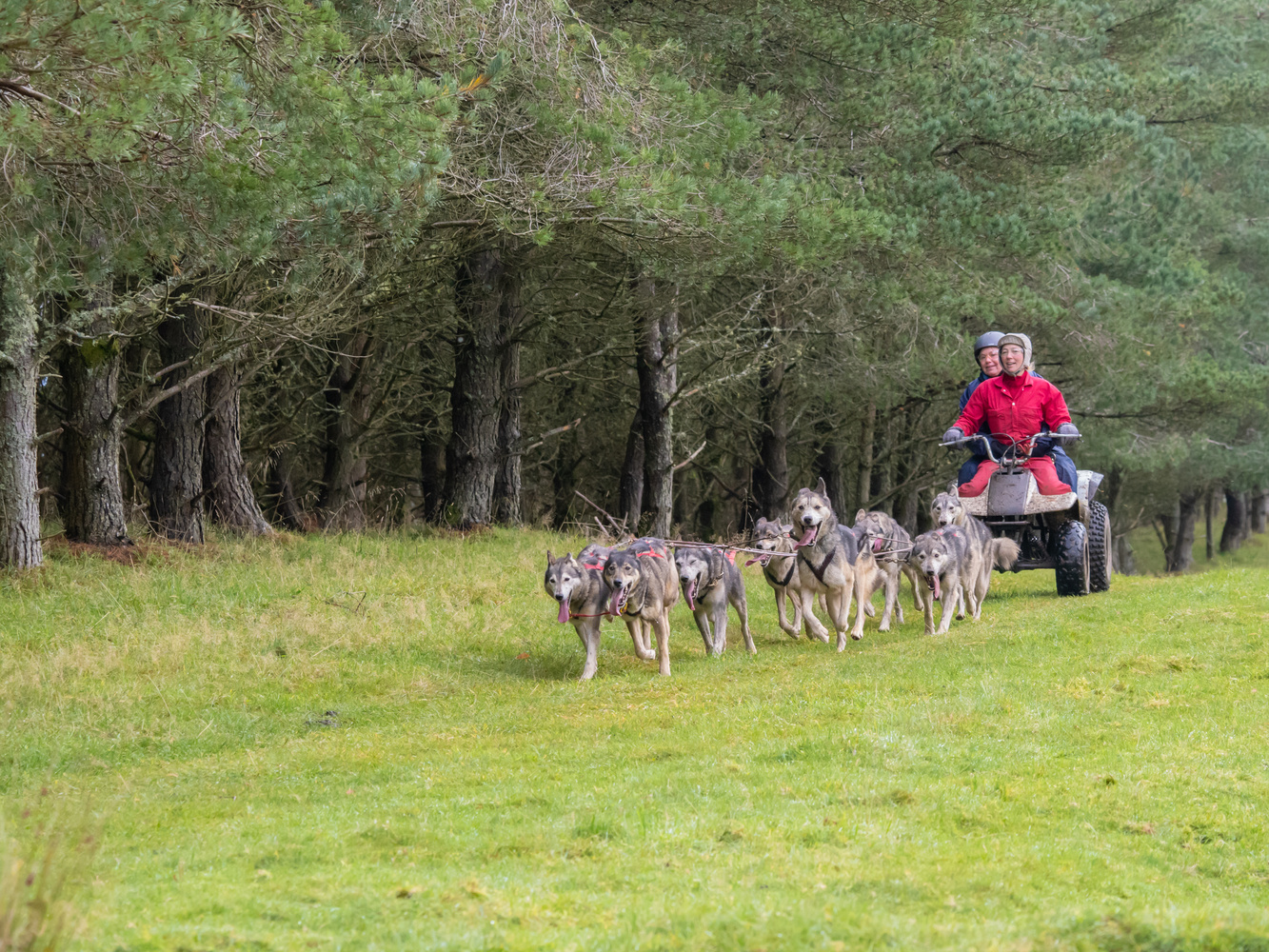 It was less than ideal photographic conditions but perfect for the dogs as they can overheat if the sun is out. The dull sky and the trails running through forest tracks meant I was shooting in meager, flat light.

The huskies reach speeds of up to twenty miles per hour. Stopping movement blur was essential; I would need a fast shutter speed to do that. I also wanted to get the entire team in the shots and include some of the surrounding scenery for context. According, I fitted the Olympus 7-14 mm f/2.8 PRO lens to my OM-1. That lens, even shooting wide open, would give me a sufficient depth of field if I manually focussed on the rear dog. Even wide open, the hyperfocal distance is just 23.6 inches (60 cm) at f/2.8, and I was focussing further away than that.

One often overlooked advantage of Micro Four Thirds is the greater depth of field that is possible at wider apertures. But, even shooting wide open, there was still insufficient light to shoot at the recommended ISO 200 for my camera. So, I put the ISO on auto with a maximum of 12800, and the shutter speed set to 1/1600th, with which I knew I could still achieve usable images.

I wanted to capture photos showing the dogs running, so I used continuous raw shooting at 100 frames per second.

After donning the protective waterproofs and crash helmet, we were ready to go around the 6-mile course. Before setting off, the dogs were yelping with excitement, but with a word from Mary, they hushed and stood still, waiting for the off. Underway they were under her complete control, slowing down, speeding up, and turning left or right on command. It’s quite an experience. 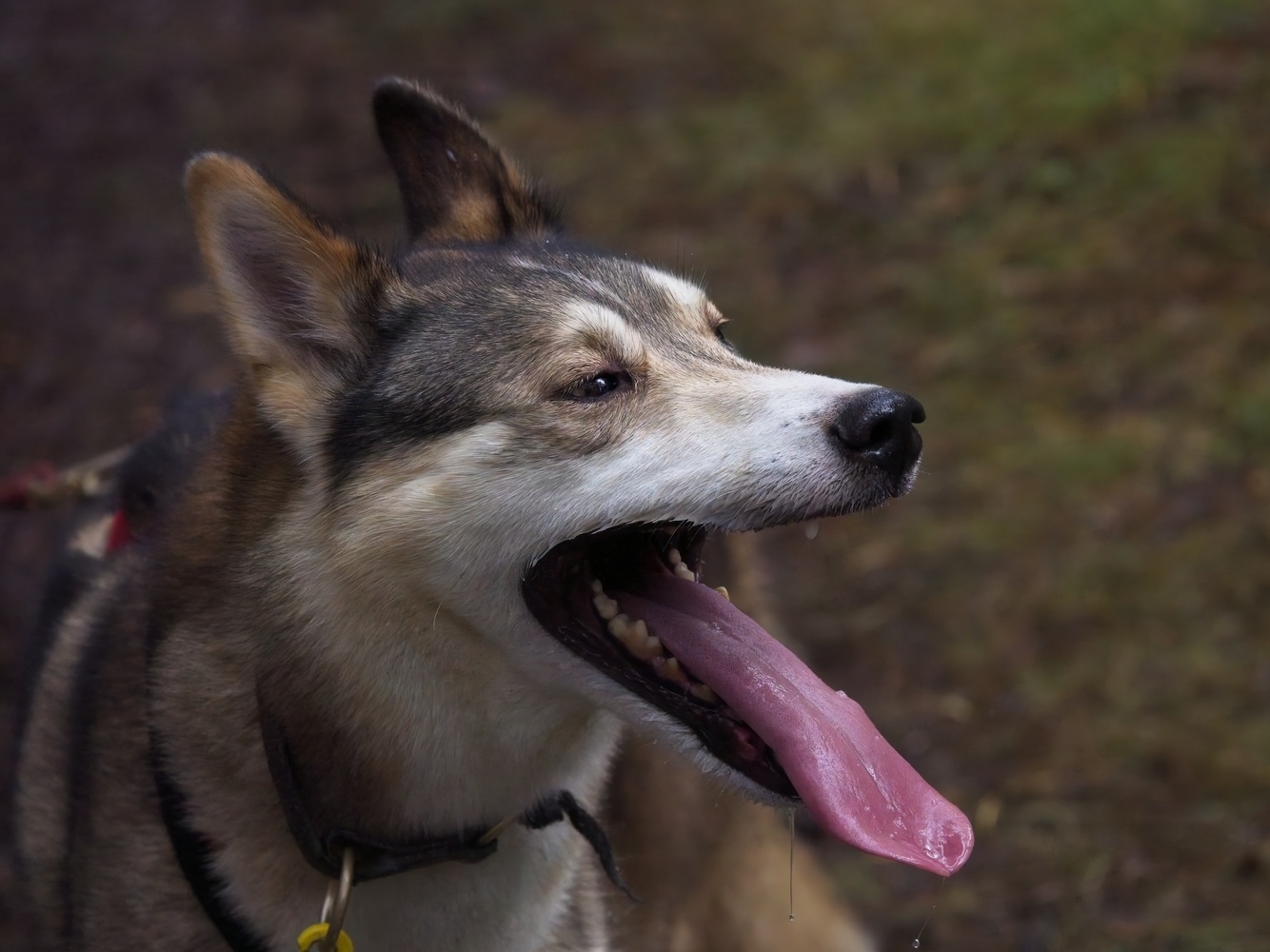 The tracks are bumpy, with flying mud and water from the puddles that the dogs charged through. Flying dirt and splashed water wasn’t an issue for the camera as it has IP53 weather and dust sealing, which is more than sufficient for the conditions. However, there was the risk of flying muck hitting the lens. In most circumstances, I would fit a protective screw-on UV filter in situations like that. But the bulbous front element of this lens prohibits that. Therefore, I resorted to hiding the camera when we approached a puddle.

Despite my precautions, the lens got splattered a couple of times, and I did lose a few shots because a large lump of mud sat in the middle of the lens for a while. Intermediately, I was able to rinse it off with water – don’t try that if your lens isn’t IP53 weather-sealed – and gently dry it with a microfibre cloth.

Shooting single-handedly, I was glad I used the smaller-sized Micro Four Thirds camera. Anything bulkier or heavier would have been challenging to handle bumping along the tracks.

Of course, it wasn’t the ideal lens for shooting the wildlife as we sped past it. Nonetheless, I captured the wild deer that watched us ride by. They seemed unperturbed by the disturbance of the racing dogs, although they kept a much greater distance when we were on foot later.

I also took some photos of Mary, John, and their long-term volunteer Lucy, a qualified veterinarian, the racing teams around the trails; Other volunteers come to stay at the farm for varying lengths of time from around the world. I used a 40-150 mm f/4 lens for this part of the shoot. Although slower than the f/2.8 version, this smaller, lighter lens gave me a sufficient depth of field, so more than just the lead dog was in focus. This time I used continuous autofocus and the cameras AI subject detection for animals. It locked onto the animals perfectly every time, even when they were too far away for a successful photo. I quickly changed it to bird detection when something interesting flew into the frame.

There are a couple of common sayings in Scotland: “If you don’t like the weather, wait half an hour and it will be different” and, “If you can see the mountains, it’s going to rain; if you can’t see them it is raining.” I experienced clouds, rain, fog, wind, stillness, and bright sunshine during my short stay. Snow and hail would have given me the complete set. This ever-changing moody weather meant a trip around the moorland in the Kawasaki Mule utility vehicle gave plenty of opportunities for landscape photography too.

Next time I plan to head back and concentrate more on wildlife photography. For that, I will take a longer lens and suitable clothing for crawling through the mud and heather to stalk my prey.

This article is not a kit review, but the camera and lens performed well in these highly challenging circumstances; I would not have chosen any other system. The portability combined with the superb image stabilization, the battery that lasted for over 2500 frames on silent shooting, and the excellent high ISO and low-light performance of the OM-1 all made this a successful photoshoot. 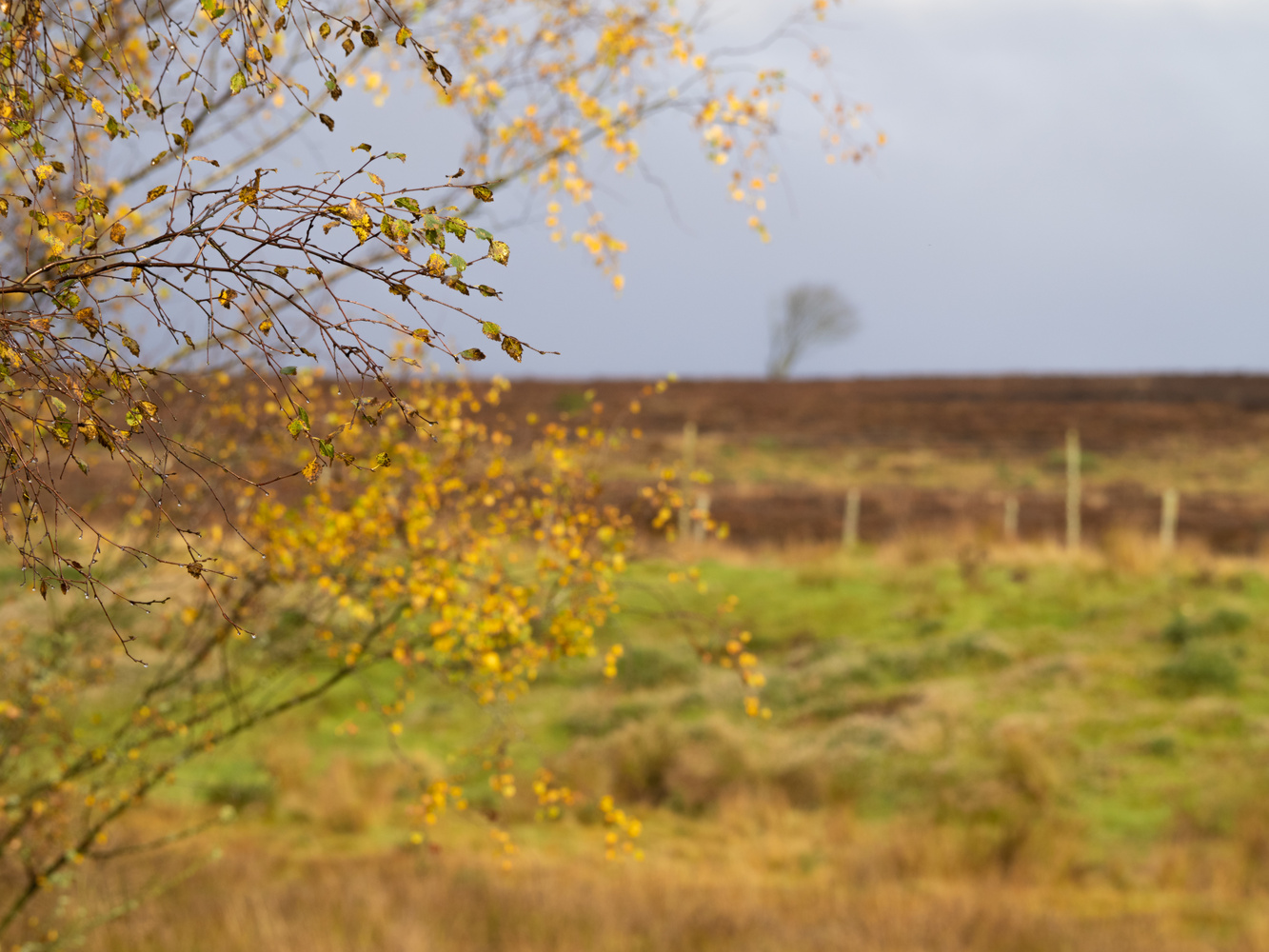 Mary is considering attaching a 360-degree camera to the rig. She is also thinking about using a drone with a “follow-me” app, and I am currently researching various options to see what will be best for a muddy, bumpy ride through a canopy of low-hanging branches. If you have recommendations or advice, I will be glad to hear them in the comments. Also, have you pushed your camera to the extremes? It would be great to hear about its successes and failures too.