In May of 2018, I upgraded to a Nikon Z6 from my old Nikon D3200. When I was trying to decide on cameras, I made a distinct decision to go with the Z6 over the Z7. Mostly based on the technical specifications with regards to low light sensitivity. Since then, I’ve always wondered though if I would truly have noticed and also would I have preferred the higher resolution.

In April 2022, thanks in part to Lensrentals.com, I had the opportunity to finally try out a Nikon Z7 II for astrophotography and nightscapes while on a trip to Big Bend National Park. Since returning, I’ve gathered what I liked and disliked about the camera, I’ve analyzed a few photos to highlight the technical aspects of the camera, and finally done some reflecting on who I think should be looking to add this camera to their bag.

The first thing that I liked about the Nikon Z7 II was the resolution. It absolutely blew me away when I took a quick glance at one of the images after importing them into Lightroom. The detail that stands out in grains of sand and rocks when zooming in to 100% was nothing short of incredible. Pairing the 45.7 Megapixels with the full-frame sensor and the nightscapes I shot turned out spectacular.

The next item that I liked about shooting with the Nikon Z7 II for astrophotography and nightscapes was the Z-mount. I’ve been a big fan so far of the quality of the glass and I like the options that have been rolling out in order to get larger apertures. On this trip to Big Bend, I shot primarily with a Nikon Z 14-24mm f/2.8 which was a lens Nikon carried on the F-mount series, but because of the Z-mount, Nikon was able to drastically reduce the size and weight of the lens. So although the Z-mount doesn’t drastically change much with the camera body itself, the options it opens up for the lenses are where I really see the benefit. 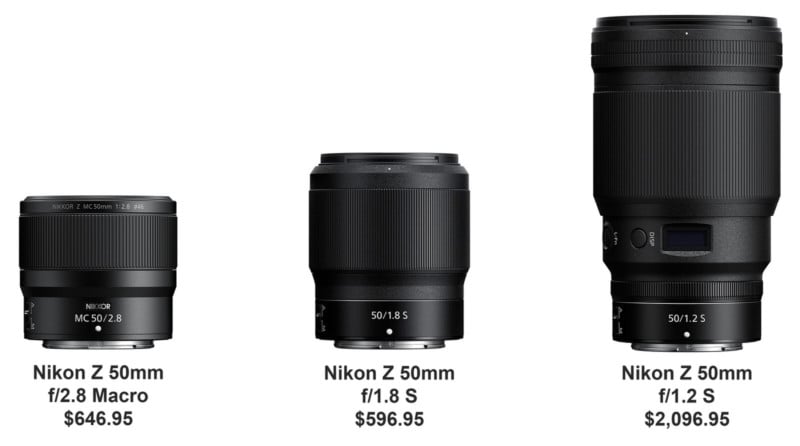 Speaking of size and weight, for someone like me who has been used to using a Z6, it’s awesome that the Z7 II fits the same size body. The Z7 II body measures 5.3 x 4 x 2.7in (134 x 100.5 x 69.5mm) with a weight of 1.4lbs (615g). I find the smaller camera and lower weight is really helpful when traveling. I personally tend to travel with just a single 40L backpack which means the less space I have for camera gear, the more clothes I can cram in.

I’ve also found some non-US airlines will go as far as looking at the weight of a carry-on bag while having much lower requirements as well. For example, Southwest Airlines has no weight restriction for a carry-on, while All Nippon Airways has a max weight of 22lb (10kg). Even if you aren’t flying, weight eventually adds up if you’re trying to combine photography with other activities like backcountry camping. Not to mention if you want to start dabbling in other areas of night photography like deep space objects with star trackers that have weight limitations on what they can support.

Two more specs that go hand in hand that I liked about the Z7 II were the extended battery life of the EN-EL15c that comes with the Z7 II and the ability to plug an external battery bank into the USB-C input. This comes really handy in places like Big Ben where electricity isn’t always readily available. It also helps when shooting for extended times or when the weather is colder and the battery drains faster. The EN-EL15c has a capacity of 2280 mAh while the EN-EL15b that originally came with my Z6 had a capacity of 1900 mAh. While not a big difference, it does extend the ability to shoot.

For some perspective on the capacity of the EN-EL15c with the Z7 II, the first night of shooting at Big Bend started at 1:30am and continued intermittently through about 4am. During most of that time, the camera was on and shooting was happening, but there were some brief downtimes while moving between a few locations. That all being said, I only used about three-quarters of a battery on the Z7 II. Even if I had run out though, I had my battery bank in my backpack ready to go.

With respect to settings, there are three that really stand out for shooting the Milky Way. The first setting is the built-in Interval Timer and the second is the extended exposure. These two settings work hand in hand as they mostly eliminate the need for an external intervalometer.

The third setting to note, which I’m not even sure is a setting at this point, is that by disabling the Save Autofocus setting, I’ve found the Nikon Z series cameras when paired with a Z series lens will almost always be at infinity focus when turned on.

Finally, the images I took with this camera were nothing short of incredible. Not only was the camera great when shooting Astrophotography and Nightscapes with the Milky Way, but it also performed great when I put it to work on Landscape shots.

My first dislike with this camera is that the horizontal display only tilts. Other camera manufacturers have figured out how to make it also rotate left and right, and for me, I’m just tired at this point of not being able to flip the screen out to the side when I need to record myself on video with the camera.

I’m also always annoyed when I have one of these cameras on a star tracker or I am trying to shoot in portrait mode with the camera pointed upwards and I have to get in a weird position to squat in order to see the LCD. I’m hoping to see how the new updates with the Z9 screen work with regards to a horizontal and vertical tilting screen.

With regards to imaging, I really only have technical nitpicks of the low light performance. When looking at my Z7 II photos from Big Bend, they look great. I’ll be honest that I don’t notice a huge difference between those shot with the Z7 II and the Z6. However, there is definitely a difference when you take two photos and compare them side by side where the Z7 II has slightly more noise as the ISO value is increased. This is due to the size of the sensor being the same between the cameras, but the actual size of the “pixels” being smaller on the Z7 II. This reduces the number of photons that can be captured by each pixel and gives the Z6 a slight edge in low light performance.

Speaking of pixel size, it also reduces the exposure time that can be used before star trailing will become apparent. Using the NPF rule from the PhotoPills app with a 14mm focal length and f/2.8 with a Z6 can shoot for 18.48s while the Z7 II can only shoot for 15.47s. Three seconds may not sound like a lot, but that does add up over multiple exposures and will help in bringing out more detail in the night sky.

The next dislike I want to highlight is the file size which seemed to range anywhere from 50-65Mb. This isn’t necessarily a bad thing as it is just a side effect of the larger resolution, but it’s something to think about as it will affect things like photo editing and storage. I noticed in some of the focus stacked shots I took as well as the Milky Way stacks that it took significantly longer to process the photos. Even at one point, Photoshop used up all of my RAM and crashed. I’ve never had that issue with the smaller Z6 files.

With respect to storage, you will also eat through your hard drives almost twice as fast. So just be prepared that your computer could have a harder time with the larger files.

Lastly, I can’t talk about my dislikes without mentioning the price. I’m a penny pincher so when it comes down to dropping $3,000 on a camera, it’s a hard thing to do for me. I have to be absolutely sure a piece of equipment is going to get the job done for me. That’s why I enjoy renting equipment from LensRentals.com, which (full disclosure) provided me with loaner equipment for the purpose of this review, before I buy. But that aside, I’ve always struggled with how expensive this hobby can be!

I think this camera is a great option for a professional or a well-experienced hobbyist as the need for two cards gets very important as you start relying on your tools for income. So, in this case, a professional will have redundancy with the memory card system. I think this camera also works well for anyone wanting higher resolution, but that comes with a caveat in that it doesn’t automatically mean your images will be better.

With the improvements in speed over the Z6, the Z7 II lends itself to be a better camera for those who are also shooting wildlife, action sports, etc. As it can hold a high frame per second (fps) rate, while also handling great with low light situations such as nightscapes and astrophotography. However, if on a tighter budget and can live without the higher resolution, the Z6 II would be a great option to look at for purchasing.

Overall, I really enjoyed this camera and the images I was able to capture with the Z7 II. I especially liked the increased resolution and I can’t wait to see what some of the prints I recently ordered come out looking like. Additionally, I found that I didn’t really notice the drop in low-light performance when reviewing my images of the Milky Way. I also felt peace of mind in having two memory card slots, which I have never had before and I liked that the camera wasn’t any different with respect to size when compared to my Z6. At this point, I’m really tempted to sell my Z6 and upgrade to a Z7 II, but I’d like to give the Z9 a try before I make a decision.

If you are looking to rent this lens, you can use my affiliate code to receive 25% off your first rental. Additionally, if you decide to buy a Z7 II, I’d appreciate it if you purchased it using my affiliate link from Amazon. That simple action helps support me in creating these reviews.

About the author: After a few trips with his wife, Will Chaney realized he was just being a tourist taking photos of everything he could. In 2018, he started studying more about image composition and different photography techniques to get him to where he is today. Will is still learning and does not see that portion of photography ever ending for him. This review was originally posted here.