Growing as an artist isn’t always fun. But being the best artist you can be requires you to lean into the growing pains to reach your full potential.

An interesting phenomenon has been happening on the majority of my photo shoots in the last year. It’s not the first time this has occurred in my life. And it won’t be the last. The phenomenon itself is hard to explain. Neither particularly good nor bad. Just a fact. But at some point during what seems like all my recent photoshoots, I have found myself incredibly aggravated. Not at the subject. Not at the client. Not even really at myself. Rather, just a general malaise that comes over me in the process of shooting. A feeling that I want more.

Now, to be clear, I have no qualms whatsoever about the end result. Oddly, I’m happier than ever with what I’m creating. In fact, the growing number of times I leave set with a sourpuss expression only to find myself a handful of hours later sitting in front of the final images and thinking, “Wow, those are actually pretty good,” is getting to be kind of a thing with me. It’s almost like the less satisfied I seem to be feeling on set, the more satisfied I end up being with the end result.

It’s a bit of a strange feeling for me. I’m a pretty laid back person, on set and off. I like to go with the flow, take what life has to offer, and make lemonade from lemons. So, feeling any pangs of frustration, beyond the basic logistical hurdles of photography, is not typically my modus operandi. Yet, it’s happened so many times as of late that I’ve had no choice but to examine the feeling to try to assess its meaning. Am I photographing the wrong subjects? Am I lacking something technically? Have I fallen out of love with photography all together? Has it finally become just a job?

The answers to the first two questions might change with the wind. But, thankfully, the answer to the second set of questions is a resounding no. I still love photography. And, while it is how I make my living, I don’t think it could ever be just a job for me. And it’s this last bit that I think contributes to my recent wave of on-set frustration.

Yes, photography is my job. Yes, I am a commercial photographer. This means that the vast majority of my commissioned work is made in conjunction with a client team, an ad agency, and a host of other collaborators on camera and off. So, there are a lot of cooks in the kitchen and a job is not necessarily always a matter of me getting to satisfy my every creative whim. Thankfully, I took care when starting my career to carve out a niche for myself that would attract the kind of clients that pay for the things I do. I’ve never spent too much time trying to adjust my style of shooting to suit the marketplace. That tends to simply result in one’s work being a carbon copy of everyone else. And carbon copies are easily replaceable. Rather, I’ve built my career by creating the type of work that I’m passionate about, regardless of the paycheck, and focusing my marketing efforts on clients that will appreciate that approach.

The result has been a meaningful profit career where I get to be as proud of the images I create as an artist as I am proud to run a able business as an entrepreneur. I rarely get the sense that I’m doing it just for the money. In fact, perhaps sometimes I should do more things just for the money. My accountant would like that. But, instead, I learned a long time ago that what really matters to me most is that I’m happy with the art. I’m not ignoring that we all need to eat. But, when it comes to money, as they say, you can’t take it with you. The art you create, on the other hand, can live well beyond your years. All of which is to say, no, photography has not become just a job for me.

So why the stress? Quite simply, I think it’s the same element of my nature, always putting the art first, that both got me to where I am and is currently driving me crazy. 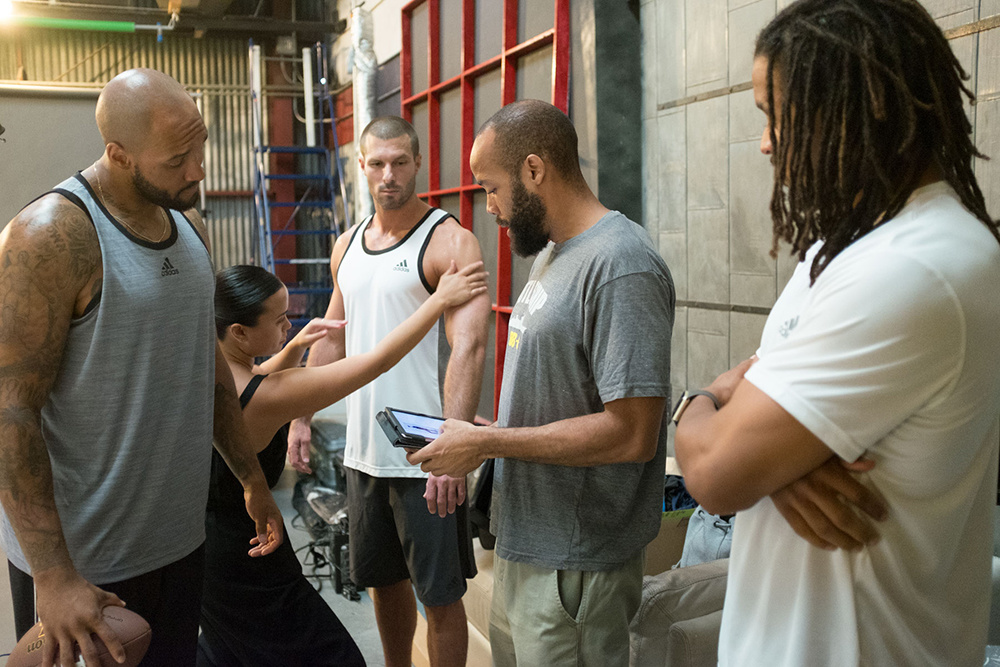 Allow me a brief detour to explain. Think for a moment about your parents or anyone from a previous generation really. Without getting specific, there’s a pretty good chance that they have at least one or two strongly held beliefs that you find objectionable. Maybe when you were younger, it didn’t seem so extreme. But as they’ve gotten older, they seem to have dug their heels into one viewpoint or another, and absolutely nothing you say is going to move them off of that particular soapbox. This isn’t unique. Every successive generation will have fundamental divides with the one that preceded it. Your parents had a similar feeling about your grandparents, to be sure. And while, in the current moment, you may think it’s just them, once you start to age yourself, things may take on an all new perspective.

You too will find yourself getting more and more insistent on particular viewpoints. After all, as you increase in age, you now have a lifetime of personal experience to back up that viewpoint, which only seems to confirm that you are absolutely right and everyone who disagrees is absolutely wrong. This is not to say that you are, in fact, right about being right. It’s just that our brains have a funny way of tricking us into settling fact from belief. This doesn’t make us bad people. It’s part of human nature. And, as long as we take the time to fully re-examine our beliefs over time, it’s a healthy part of increasing our wisdom as we mature. 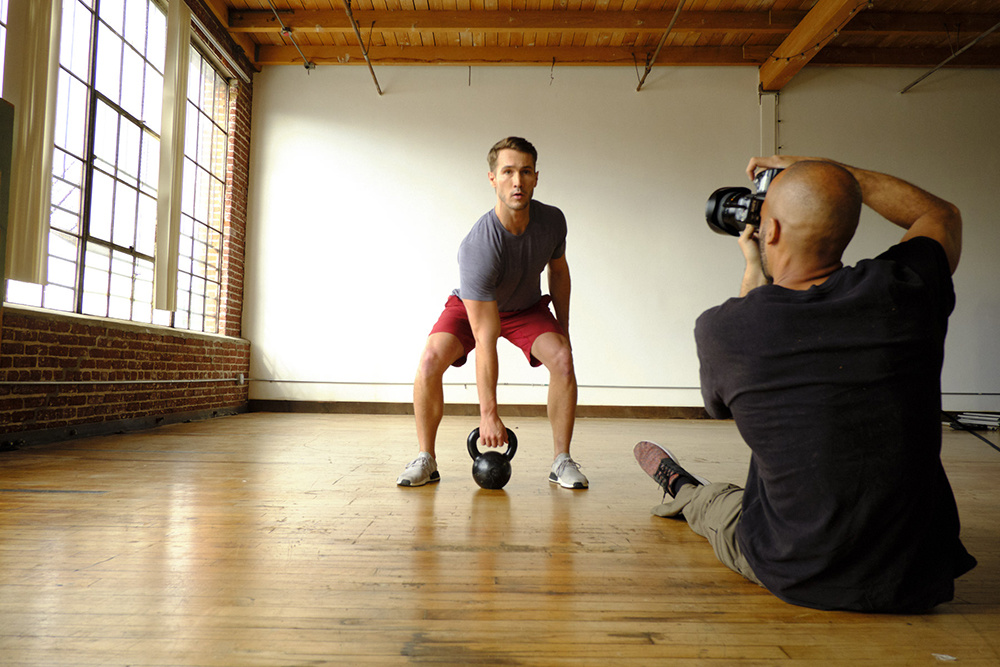 What does this have to do with developing one’s viewpoint as an artist? Well, one of the best parts of growing older is honing in on what you believe in. Wading through the infinite aspects of life and figuring out which ones are of the most importance to you. Conversely, this process leads to you also cutting out certain elements of life from your depth of focus. Like a photograph, it’s impossible to focus on everything everywhere all at once. You need to figure out where you want to look. And, as we refine our creative eye, we often find our depth of focus shrinking as we narrow our line of sight to what most sets our hearts on fire.

It’s natural. And, I think this natural selection is part and parcel of why shooting for me in recent years has started to feel a bit different. Quite simply, I want more now out of my images than I did five years ago. I have a more definitive opinion on what I feel is good about my work and an insistence on getting the images I create to rise to the level of that specific vision.

It’s not that I suddenly think all the shots I’ve taken in the past are absolute trash. I love those as well. I just don’t have a particular urge to recreate them. So whereas I might have been plenty happy to go home with a certain type of image a few years ago. Now, I find my taste being far more particular. Predictably, these newer tastes are harder to produce artistically and demand more from me as an artist. If you want more, you have to give more. There’s no two ways about it.

So, that means each shot is taking just a little longer to create. Each shoot is taking just a bit longer to plan. Every time I review an image I’ve created, I’m going over it with an eye that is just that much more critical. I’ll admit, it’s not nearly as much fun as it used to be. But then, I see the end result and can’t argue that it is far better than I could have ever imagined.

Now, to be clear, this growing ambition and payoff is only relative to my own creative journey. This story is not meant to suggest that I am the finished article or I’ve reached some higher plane of consciousness as an artist. Rather, it is a recognition that part of growing as an artist is the constant interrogation of your own art. It’s finding what it is about your work that is providing you with meaning. It’s continuing to track your ever-evolving passions as your career continues to grow. Humans continue to develop from the day we are born until our last days on Earth. As an artist, you will always continue to grow as well. Or, at least, that should be your goal. And just like the sore knees that came along with my growth spurt in middle school, sometimes progress comes with growing pains. But, like most things in life, on the other side of that pain often comes a great reward.