Fujifilm recently announced the X-T5 camera, which is the latest camera in the X Mount series. Despite the fact that the X-T5 is not the most feature-filled camera Fujifilm has ever produced, it does send a big message to its audience and customer base. Fujifilm has finally figured out its camera lineup for the X Mount.

Fujifilm has released a lot of different X Mount cameras. For the most part, this is great, because there are lots of options available for the market. Unfortunately, the number of different X Mount cameras on the market has blurred the lines a little. For instance, the Fujifilm XT series of cameras was the flagship line from the company for quite some time. Fujifilm then released the X-H1, which appeared to be replacing the XT series as the flagship; However, it just didn’t offer enough.

Fortunately, we now have clarity in the X Mount system with how Fujifilm has differentiated between the X-H2 camera and the X-T5 camera.

Fujifilm released the X-H1 camera back in 2018. At the time, the X-T2 was the flagship APS-C camera from the company. The X-H1 was supposed to replace the X-T2 and demote it to being an enthusiast camera. Unfortunately, the X-H1 didn’t offer a great deal over its counterpart except for a huge camera body and slightly improved video features.

At the time, Fujifilm was the company that was discussing the benefits of having a small camera. It then went on to release the X-H1, which was larger and heavier than several key full frame cameras. The product just didn’t fit the message.

The idea was that with a larger camera body, Fujifilm could add extra features, such as in-body image stabilization (IBIS) and improved video features. In theory, this would have been great; However, the camera felt like it was rushed out without great thought. What’s worse is that in the same year, Fujifilm went on to release the X-T3, which featured a better sensor, improved autofocus, and virtually identical video features.

The only feature that the X-H1 held onto was IBIS, and this wasn’t enough to entice customers away from the feature-filled X-T3 camera. Two years later, in 2020, Fujifilm announced the X-T4 camera that included IBIS along with an update to many of the core features, such as autofocus. At this point, there was virtually no reason to buy the X-H1, and many people online started discussing how Fujifilm was planning on completely dropping the XH series of cameras. Of course, this didn’t happen; However, the XH series of cameras didn’t get the best of starts.

The Problem With the X-T4 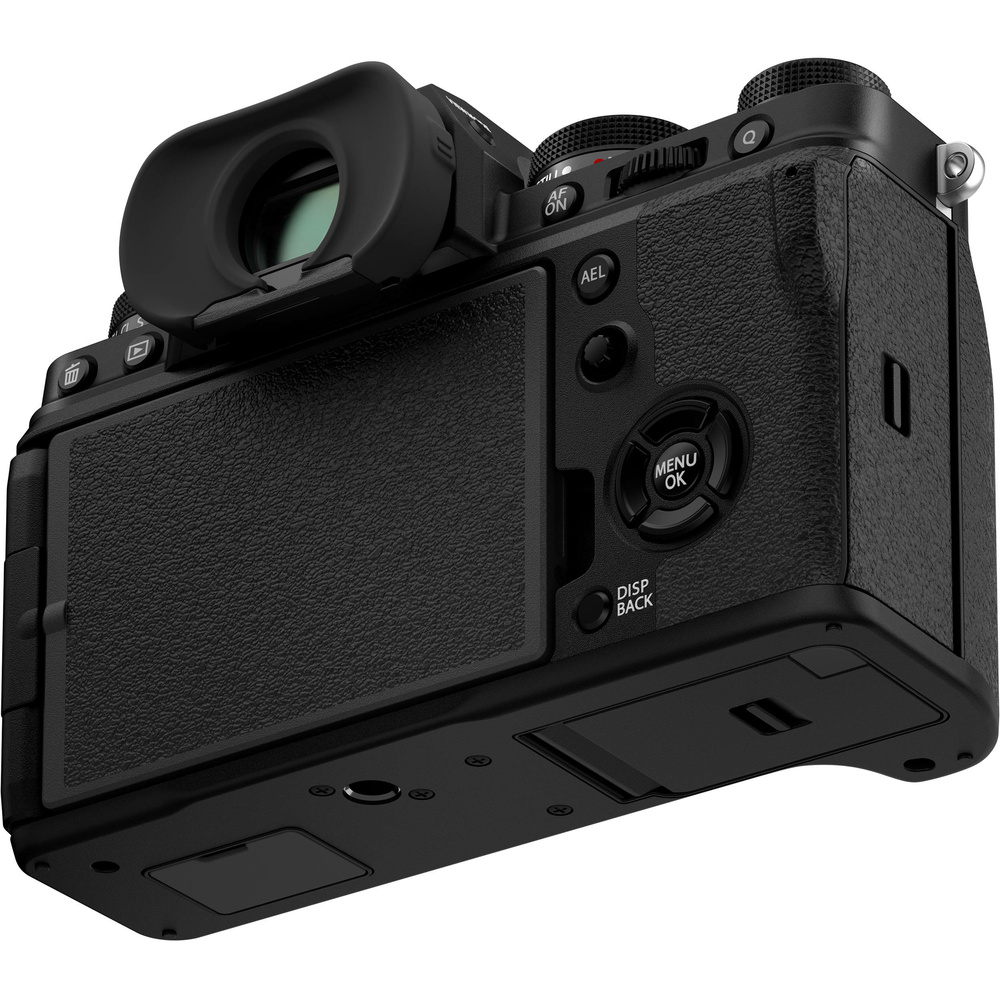 The Fujifilm X-T4 was probably the best APS-C camera when it was released. It’s only the recent releases from Fujifilm that make the X-T4 appear a little dated. Even now, it remains an incredible option for both photographers and videographers, and strangely, this is kind of the problem.

Fujifilm has seemingly been trying to please everyone all of the time. They wanted to produce the best APS-C camera that can relatively compete with full frame cameras while also being small. This camera needed to be great at taking pictures, but also be brilliant for videographers without any real compromises. In all honesty, Fujifilm did a pretty good job. Unfortunately, you can’t please everyone all the time, and this is why the X-T4 seemingly annoyed some of the core Fujifilm customers.

One of the main issues was the flip-out touchscreen. For many, a flip-out touchscreen is great because you have more options available in how you can angle the screen. This isn’t the case for many photographers that actually prefer a tilting screen because it’s quicker and requires less effort in those faster-paced shooting environments.

The flip-out touchscreen was obviously installed in order to benefit people interested in video features. However, this may have alienated long-time photographers that loved the XT series of cameras. It wasn’t the fact that they disliked video features in the camera. Instead, it seemed to many customers that Fujifilm was adding features that degraded what photographers wanted.

This is a common mistake that many organizations seem to make. They chase after a new audience and take core customers for granted. Fortunately, Fujifilm is a company that pays attention and listens to its customers. In just one cycle, Fujifilm seems to have figured things out.

A Much Better Lineup

There was quite a gap in time between the Fujifilm X-H1 and the current X-H2 camera. In that time, Fujifilm seems to have figured out how it wants to approach video and photo customers.

This is important because a large proportion of photographers are not interested in video features. And if you want to attract customers that want good video, then you need to offer a compelling enough camera. Balancing this is difficult because if you add too many compelling video features, then the photo side suffers and vice versa. Fujifilm seems to have figured things out while simultaneously breathing new life into its XH series of cameras.

The Fujifilm X-H2 sits atop the APS-C flagship, offering high-end video features such as 8K raw (externally), a flip-out touchscreen, and active cooling. However, if you don’t need the extra video features and want something more photo-centric, then you can save some money and buy the Fujifilm X-T5.

There are clear defining lines between the cameras now and customers can decide based on their requirements. This is a great move from Fujifilm because it can attract new video customers while keeping current photo customers happy.

It’s great to see how Fujifilm develops its camera systems. Every year, it produces new tools and better equipment for photographers and videographers. With the Fujifilm X-T5, the camera lineup makes more sense, which is always a good thing for customers.

The only sore thumb that’s sticking out is the Fujifilm X-H2S. This camera doesn’t seem to offer anything significant over the other two options. It’s significantly more expensive and less capable in several key areas. The X-H2S makes no sense sitting next to the other two cameras. It was probably just a stopgap, but now that we have the X-H2 and the X-T5, it might be best if we just ignore it.

Ultimately, it’s great to see Fujifilm focusing on producing some of the best APS-C cameras on the market. With its new approach to video and photo features in its cameras, customers are going to find it far easier to find the right camera for them.