While the Sony a7R V has just been announced, I was lucky enough to be able to use it for about a week. In that timeframe, I was able to use this camera on a pretty wide range of jobs. I photographed a wedding, a baseball game, mountain biking, a studio portrait session, and even a newborn shoot.

Now before we get too deep into things, I want to give you a brief overview of what this camera is. At the heart, this camera is actually rocking the same 61MP Full-Frame Exmor R back-illuminated CMOS sensor as the Sony a7R IV. The key here is that they have added the BIONZ XR Image Processing engine which wasn’t released at the time of the a7R IV launch. The addition of this new processor gives the a7R V 8X more processing power when compared to the a7R IV 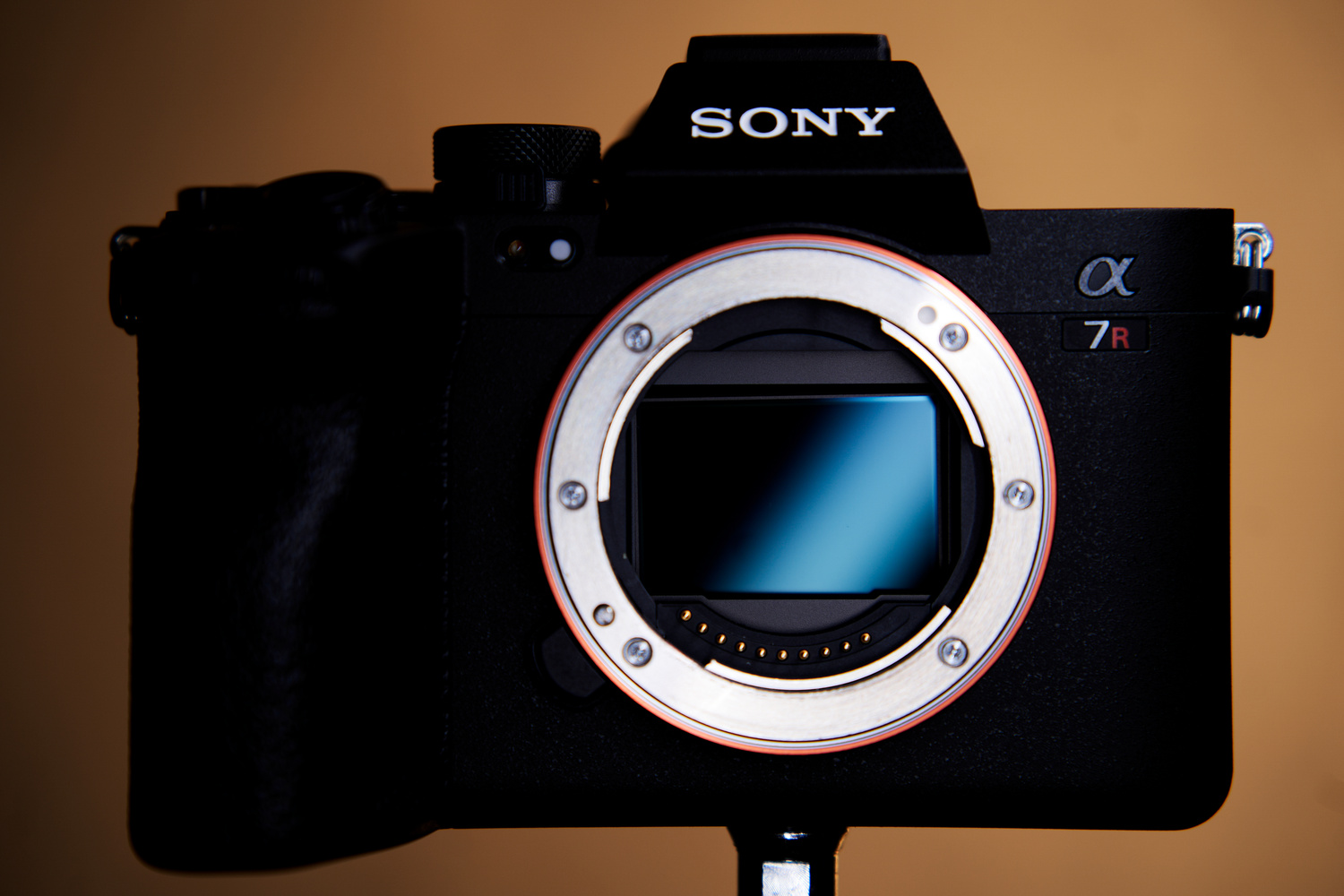 They have also implemented a completely new and updated 5-Axis in-body image stabilization. With this new update, you can achieve up to 8-stops of compensation. And while I didn’t really test this feature to its full potential, it’s my understanding that this 8-stops of range is with the body only. So don’t get that confused with some other manufacturers’ claims, because there are times when people will state the compensation with the body and stabilized lens combined. So if you use a lens with built-in optical stability in the a7R V then you can expect to see even better results. 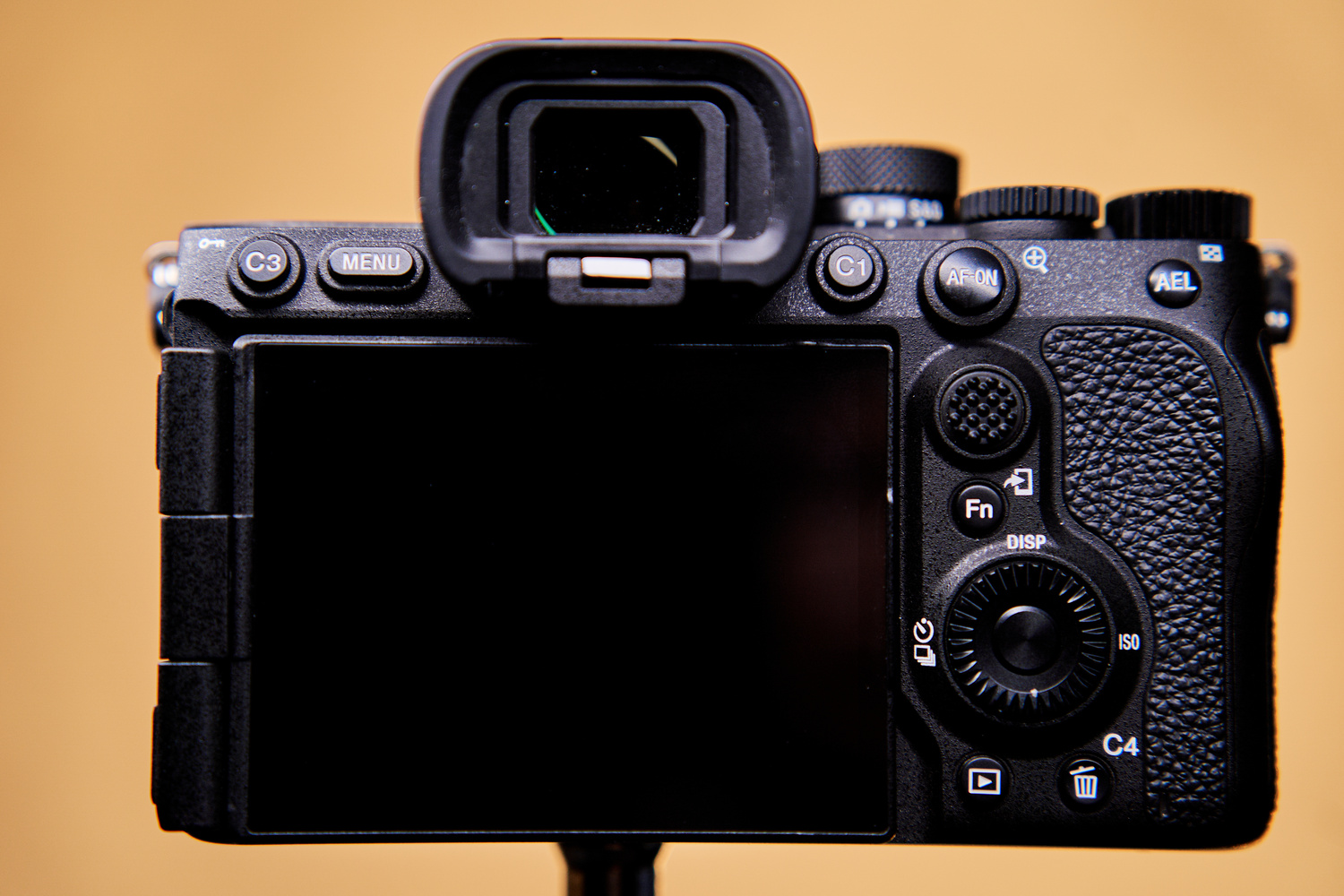 In terms of image quality, this camera has things like 15 stops dynamic range, selectable raw size options ranging from Small, Medium, and Large, as well as lossless raw and compressed raw file types, and the ability to do Focus Bracketing of up to 299 images. There is also a Pixel Shift Multi Shooting mode where the camera will take 16-images in order to create a single 240.8MP composite. While this feature was available in past cameras, the compositing is now updated and will adjust for fine scene movement which will help with ghosting when the scene has things like trees and grass blowing in the wind.

Sony has also updated its flash system adding a new precise and versatile external flash control. So with P-TTL selected, the camera will have the ability to adjust flash output, white balance, and exposure for each frame even when shooting at the maximum 10 frames per second. This feature is great for situations when you are following a subject from indoors to outdoors and need the camera to quickly adjust to the variable conditions mid-shooting. The caveat here is that this will only work when paired with a sony flash. Something like the Sony HVL-F60RM and this will not work with an aftermarket flash like a Godox V1. 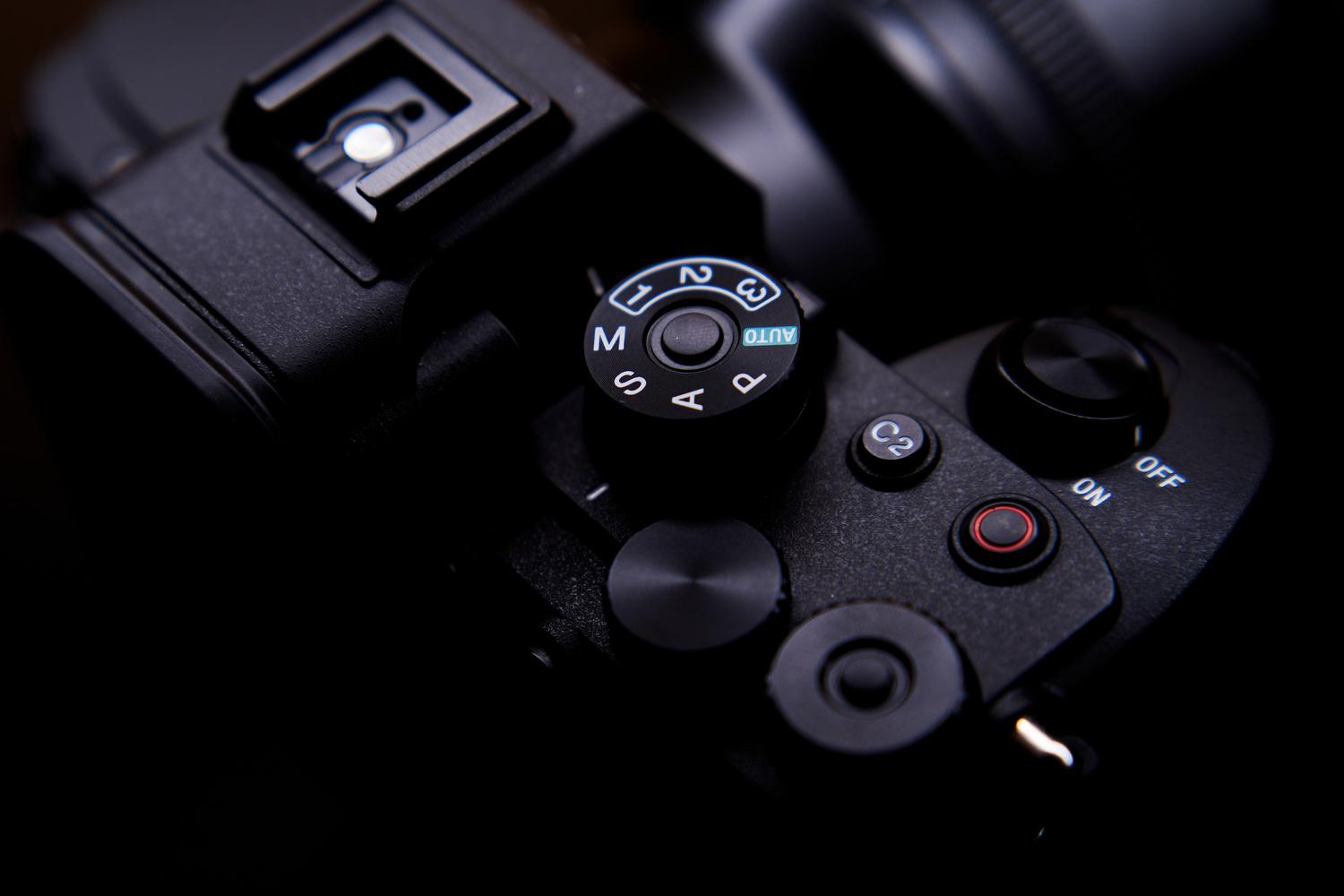 Now in terms of the body itself, this camera is pretty similar to the Sony a7 IV with its relocated movie record button as well as the dial collar for changing between photos, video, and S&Q. The Sony a7R v also has the same blank top on the left side of the camera. Which to me is sort of wasted real estate. I would have preferred if they went with the Sony a9 or a1 setup here. The added left-sided dial just gives you more options and can free up some custom buttons for other uses. And they already have this designed in use on current models, so I’m not sure why they haven’t used it for the latest releases. 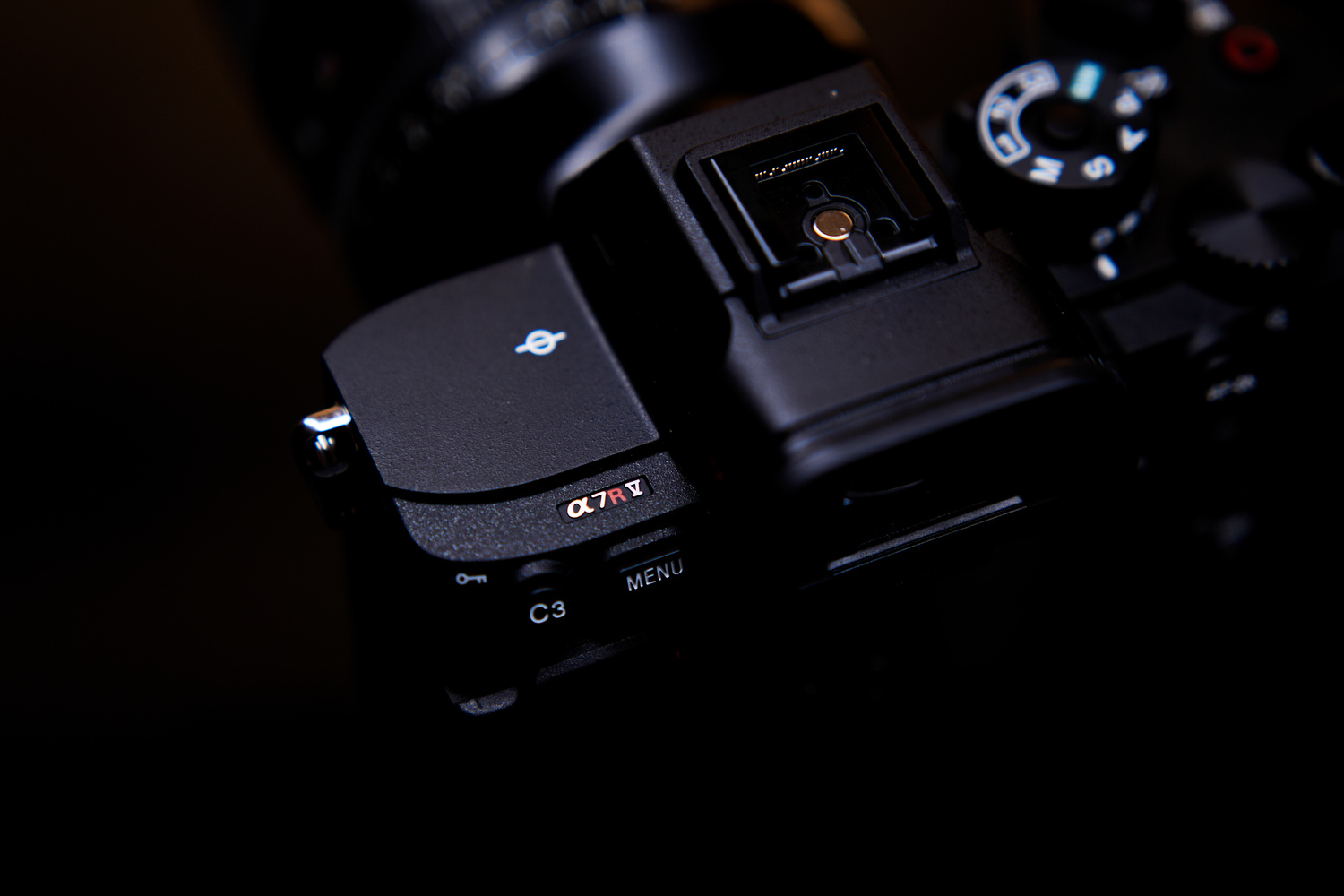 But one thing they did change is the rear screen. Some people love the tilting screen of cameras like the Sony a9 and the Sony a1. Other people prefer the flip-out screen on the Sony a7s III and the sony a7 IV. With the new Sony a7R V you get both. A 4-axis multi-angle LCD monitor that gives you the best of both worlds. And in use, it’s pretty wonderful. Though if you have never used a flip-out screen, it can take some getting used to. Especially when paired with the tilting function. I kept running into the situation where I would use the tilt screen as I normally would, then realize I needed more flexibility, so I’d flip out the screen and have this awkward moment where the screen was flipped and tilted at the same time. I also don’t have the muscle memory for this screen yet, so I kept putting the screen back down the wrong way and would have a brief moment of confusion as to why my screen was showing all black, only to quickly realize the screen was simply facing the camera instead of out towards me. But I feel like these are just little hangups that will resolve themselves with use. 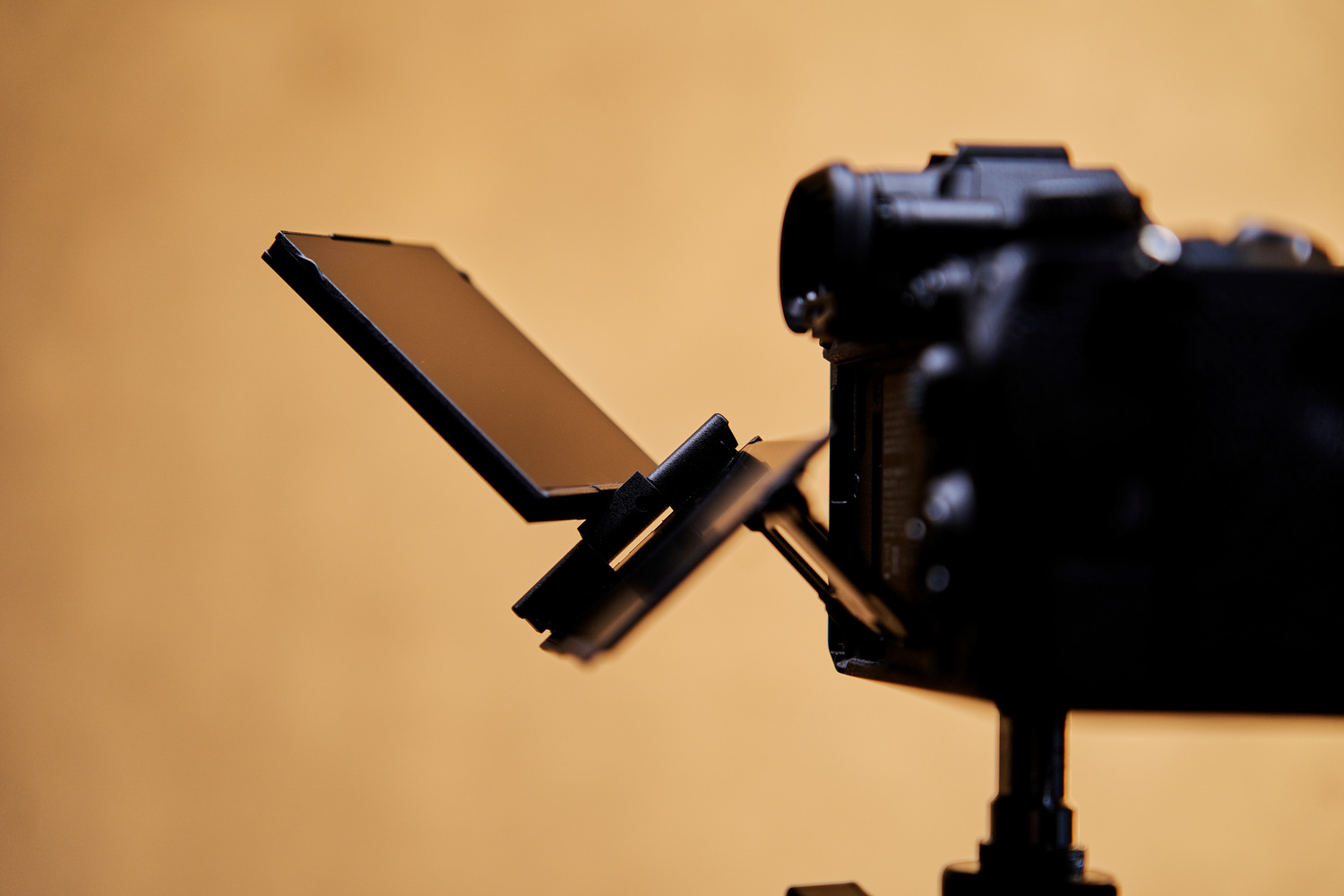 From here I’d be remiss if I didn’t mention the movie features, though I don’t shoot video so bear with me. The a7R V can shoot 8k 24 and 4k 60. If you shoot In super-35mm crop mode you can shoot 4k oversampled 6.2k with powerful active stabilization. There are also 14+ stops of dynamic range, the beloved S-Cinetone, S-Log3, and 16-bit RAW output. It also has Breathing Compensation, AF Assist, Focus Mapping, Shockless WB, and Unique Sony Σ (Sigma) shaped graphite heatsink for 30min of 8K recording. But again, I don’t shoot video and don’t have any basis for an opinion, but I hear these are good features. 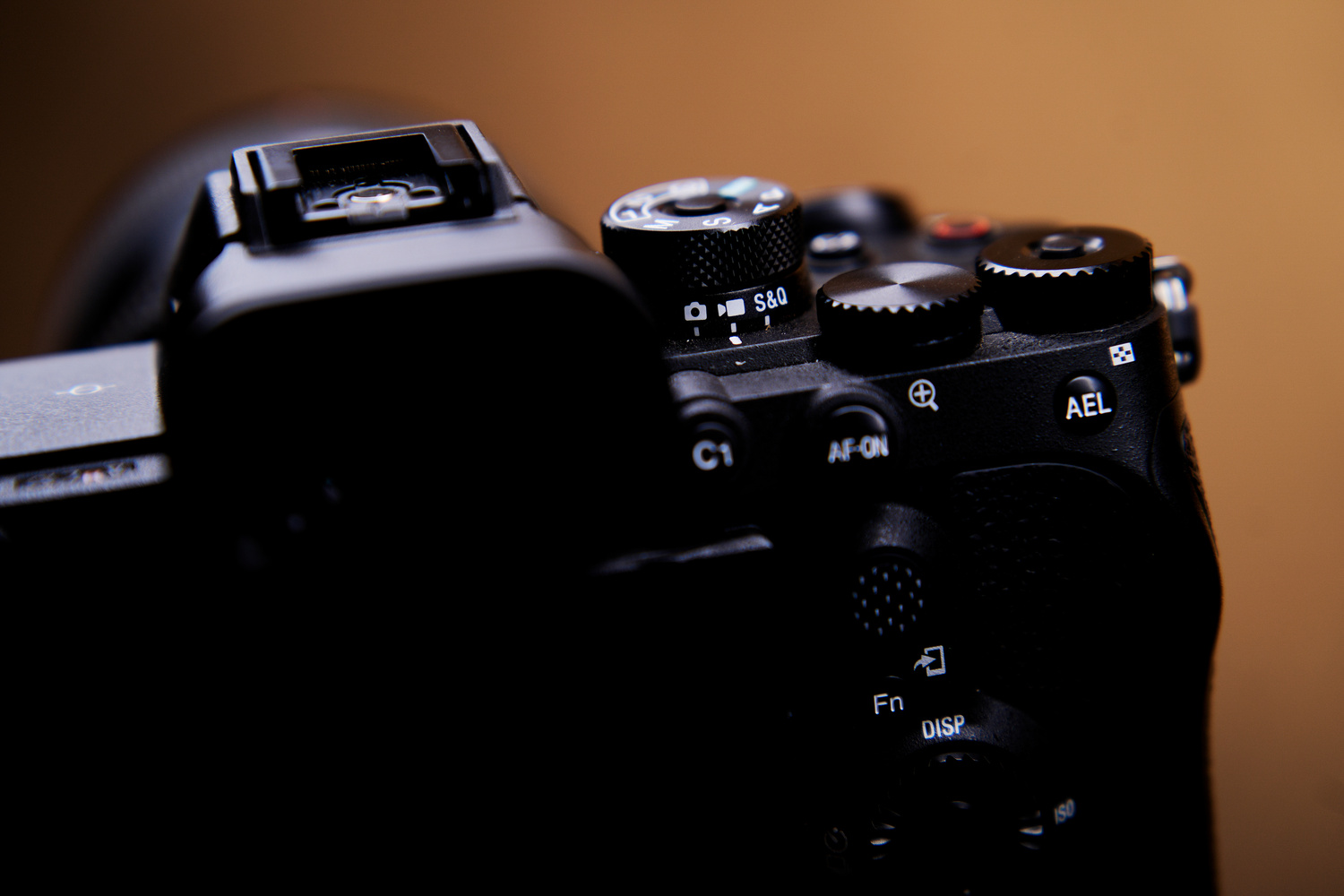 Now, for the headline feature upgrade. The Sony a7R V has a next-generation AI-based autofocus system. So what does that mean exactly? Well, this camera has Advanced Real-time tracking with 693 high-density phase-detection AF points and can focus accurately in conditions as low as -4.0EV. Where the AI ​​comes in is with advanced subject recognition. The a7R V can now reliably recognize and track humans, animals, birds, insects, planes, cars, and trains. It does this with a new AI processing unit that is dedicated to artificial intelligence processing, including deep learning.

So for example, with humans, we are no longer limited to face and eye detection. The new AI processing unit now uses detailed information about the human skeletal form in order to track over 20 different human body points and it can recognize humans and human movement as well as differentiate between multiple subjects having different postures. It can use this information to calculate movement, location, and eye proximity. 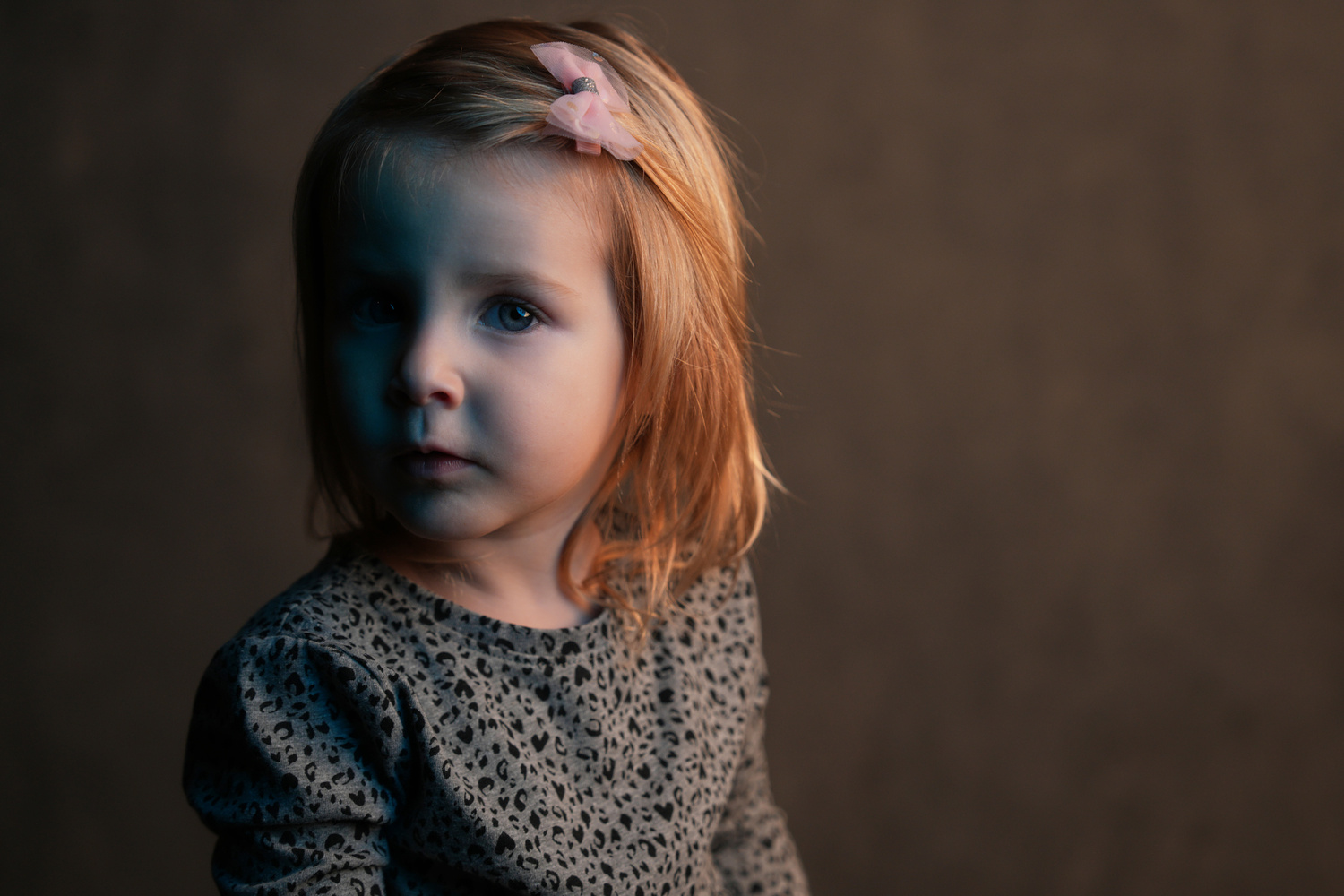 In use, I noticed that as my subject became obscured by things in the frame, the AF would move to another part of the subject’s body, even when their entire head was no longer present in the frame. If I was focusing on someone facing away from me, the AF would lock on to their eye the instant they gave even the slightest of head turns. Like when someone starts to turn around and you can’t see their eye, but you can see that slight curve when the eye socket starts. The camera was able to recognize that and lock in. And while I can never see a situation where I need to get focus on this hint of an eye socket while looking at the back of a subject’s head, what this does gives you confidence that the instant that person turns around, you are going to be locked onto the eye and ready to take your image. The new AI also allows you to focus and track subjects that are wearing a mask or helmet since it’s no longer dependent on the presence of a face and eye. 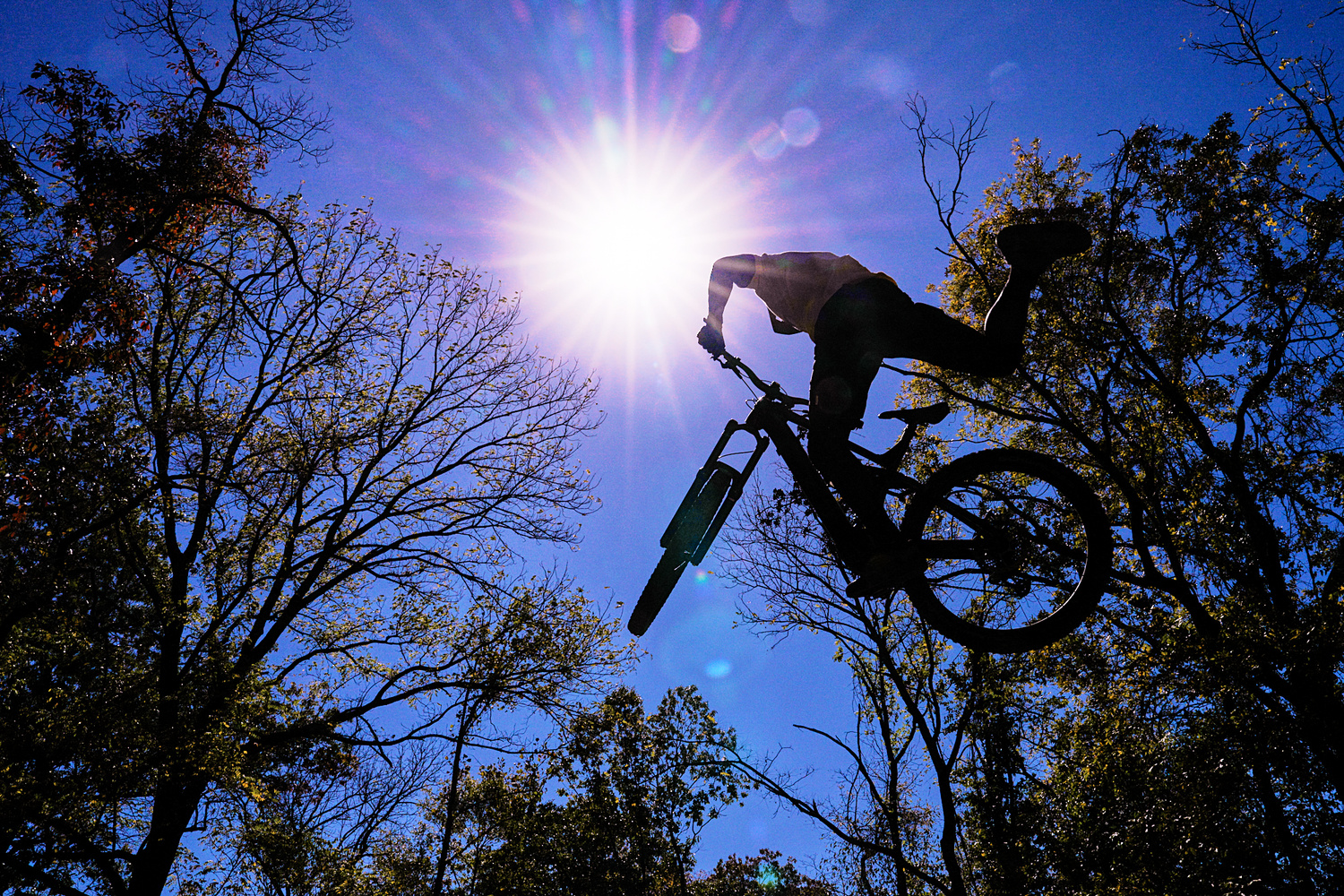 With this new update, you will also see a 60% increase in eye AF performance, and the new AI processing power has the ability to lock onto the surface of an eye. So now you will have more images where the surface of a subject’s eye is in focus instead of that pesky eyelash. 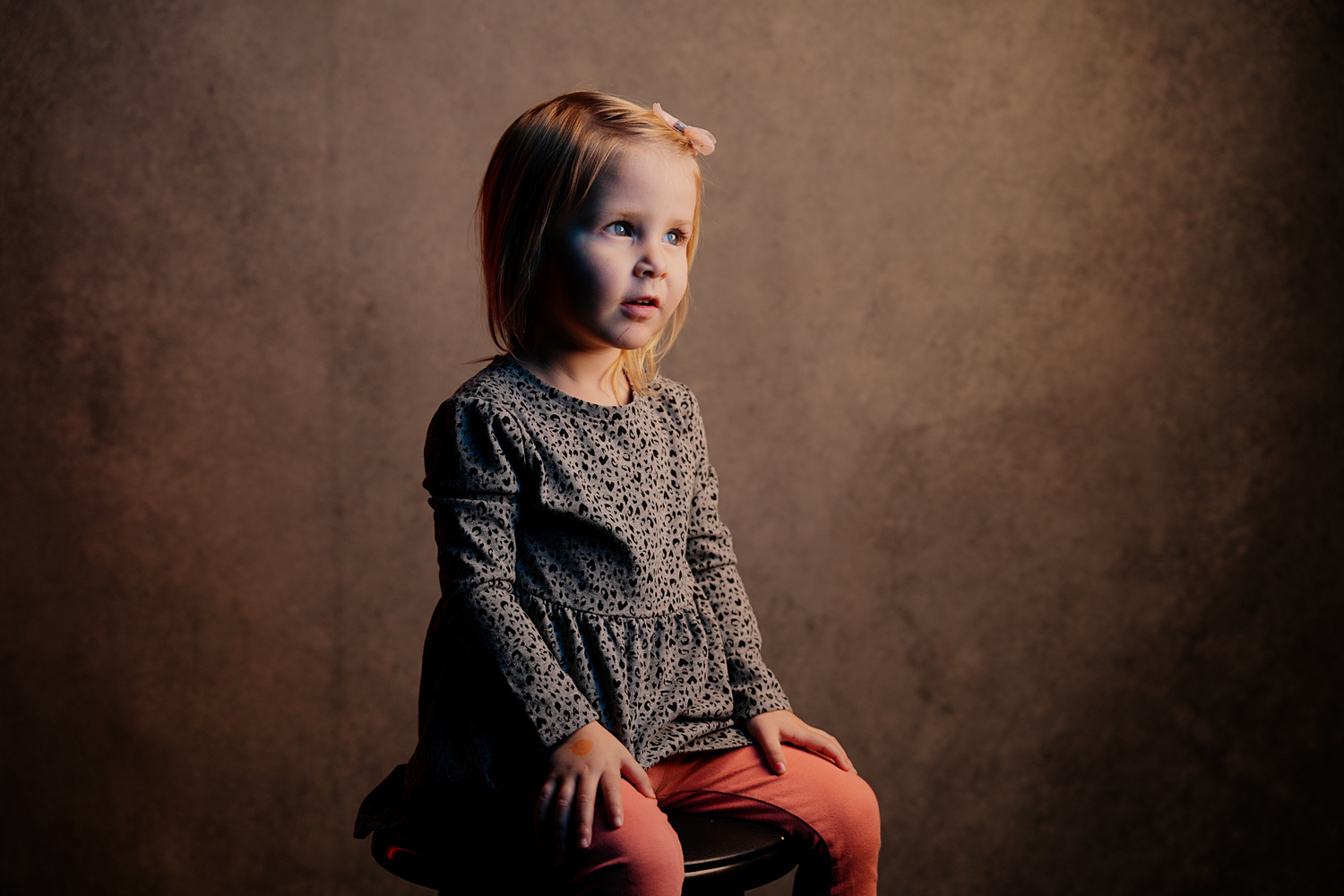 Lastly, the Auto Exposure and Auto White Balance get an improvement based on this AI processing as well. With the new advanced subject recognition, the camera can base white balance and exposure decisions on the head and face of the subject. Even if the subject is turned away from the camera. Because again the camera is no longer reliant on the presence of a face and eye. 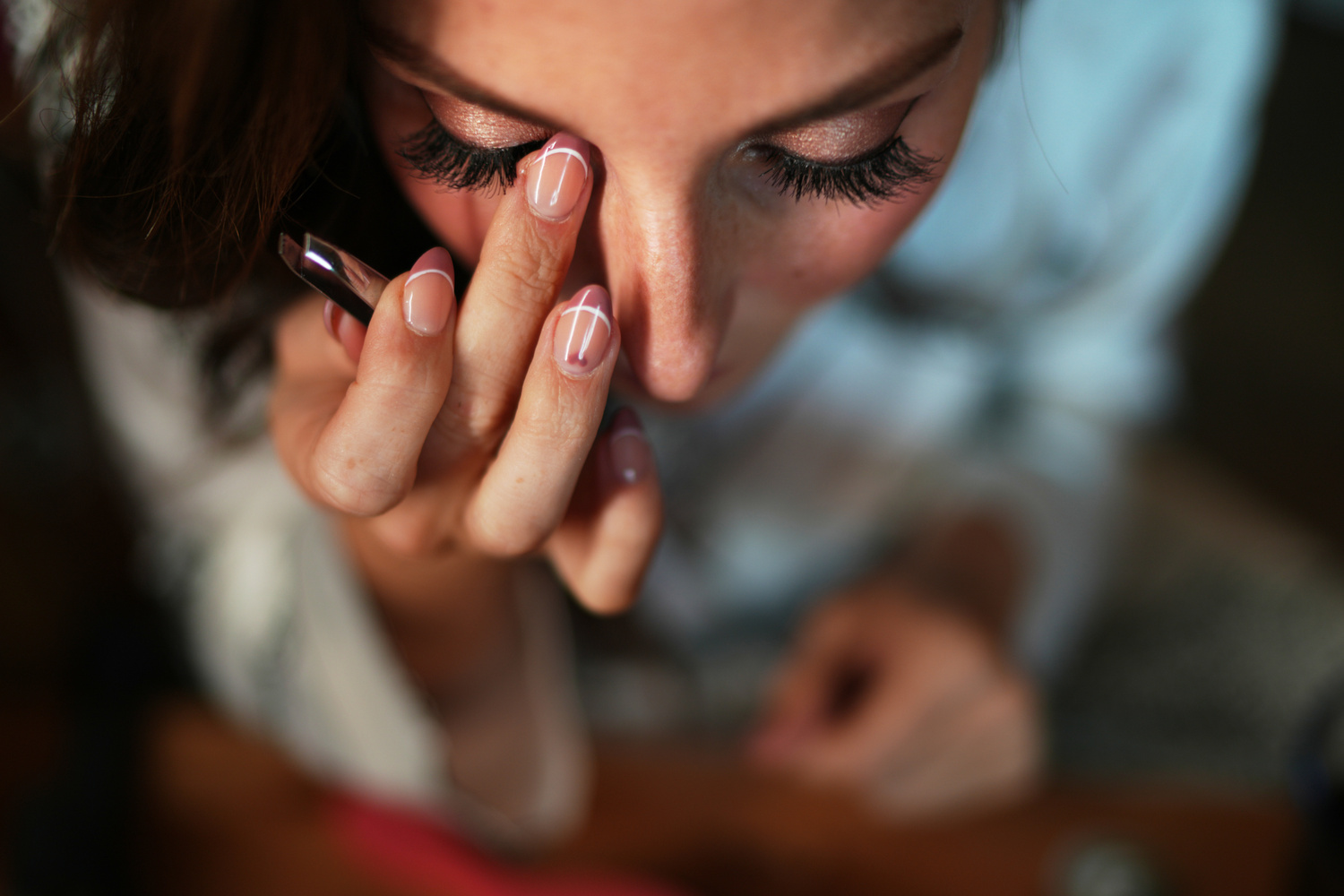 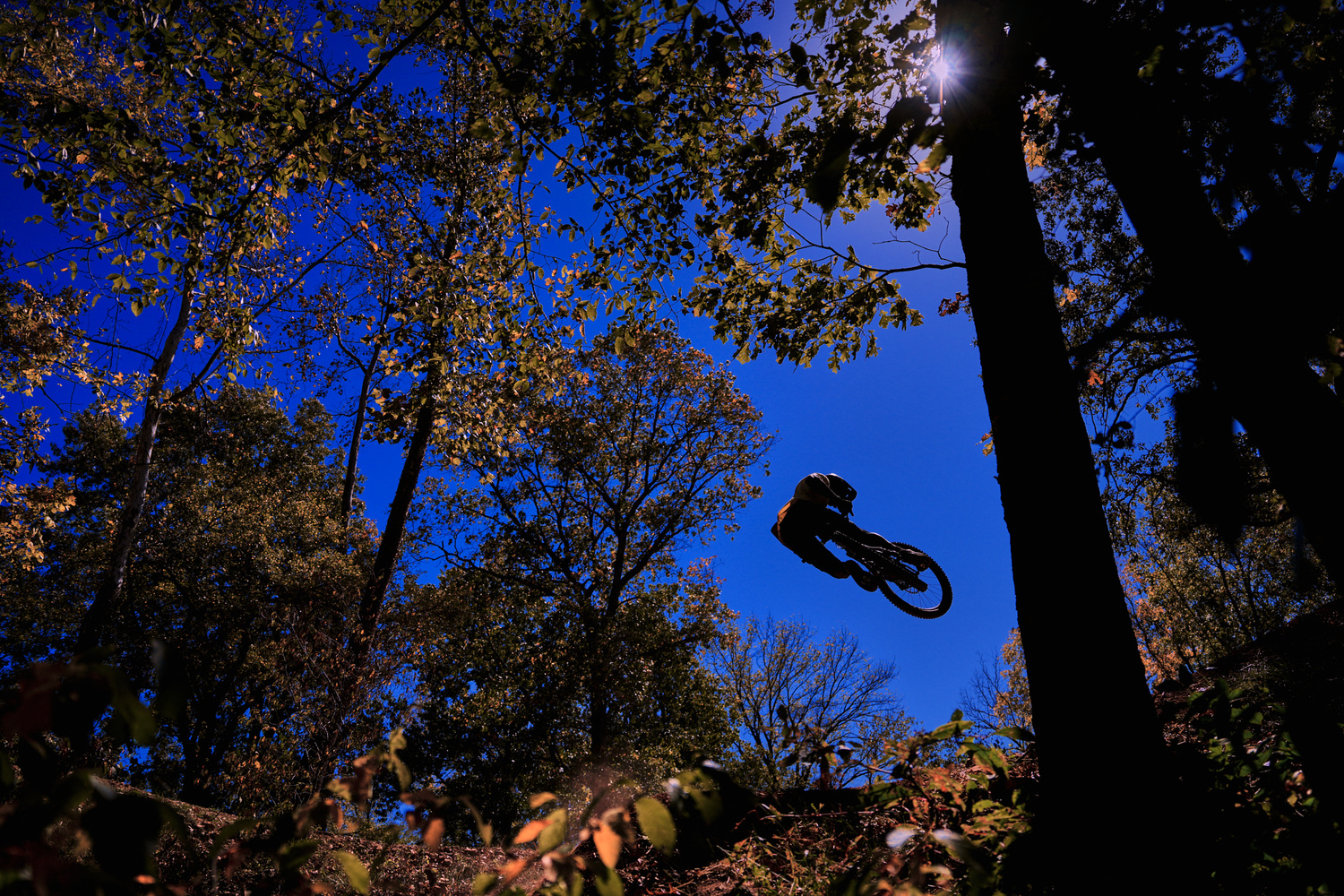 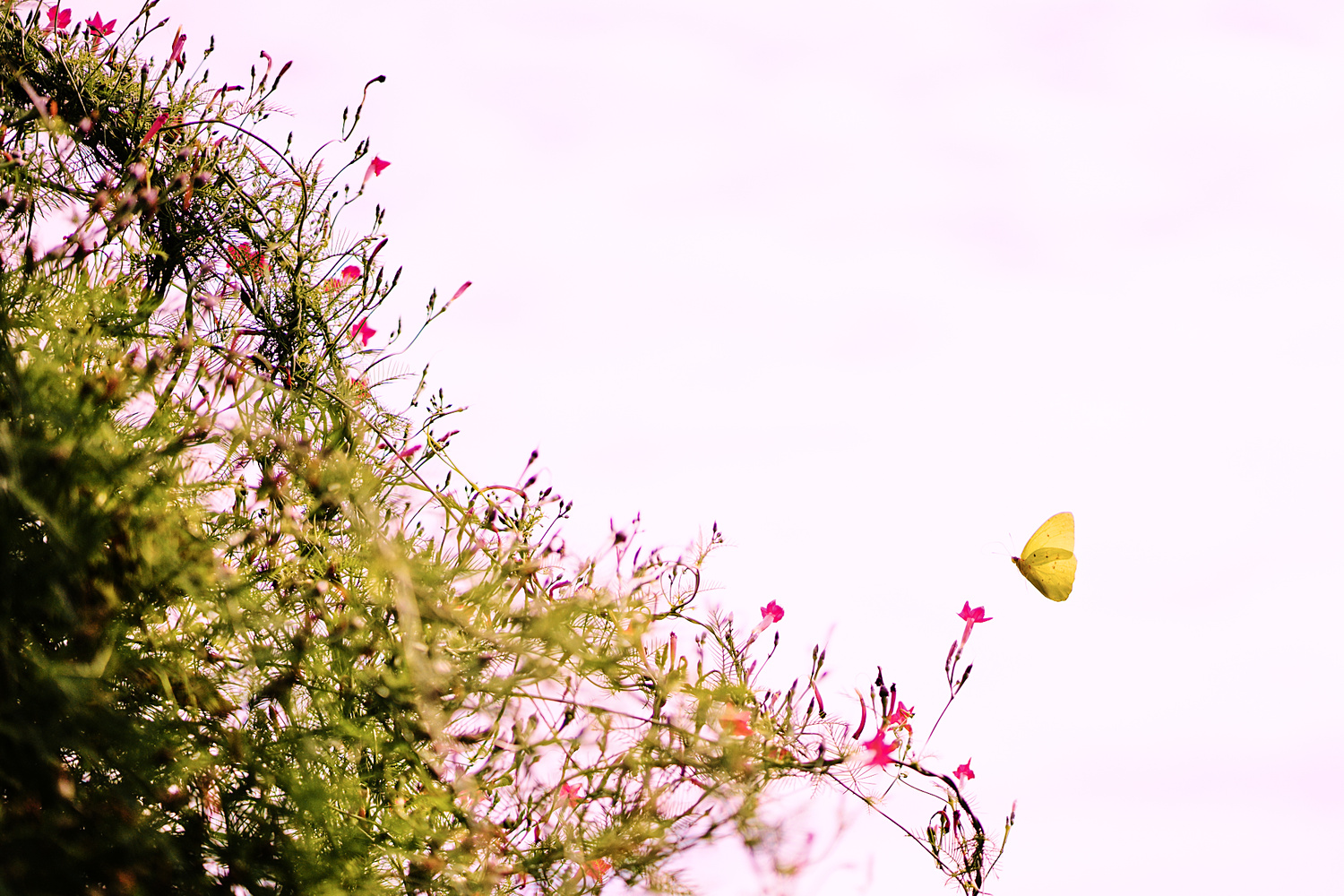 In terms of regular people with things like eyes and faces, I was pretty impressed. The camera autofocus points felt much more sticky on my subjects, even when there were multiple people in the scene as well as when people would walk in front of my subject. And for a creative portrait I did at a wedding I was photographing through this Hypercube, which is a box of transparent mirrors filled with led lights and the AF was easily able to lock on to the silhouettes of my couple without getting confused by all the other things going on that were between them and the camera. 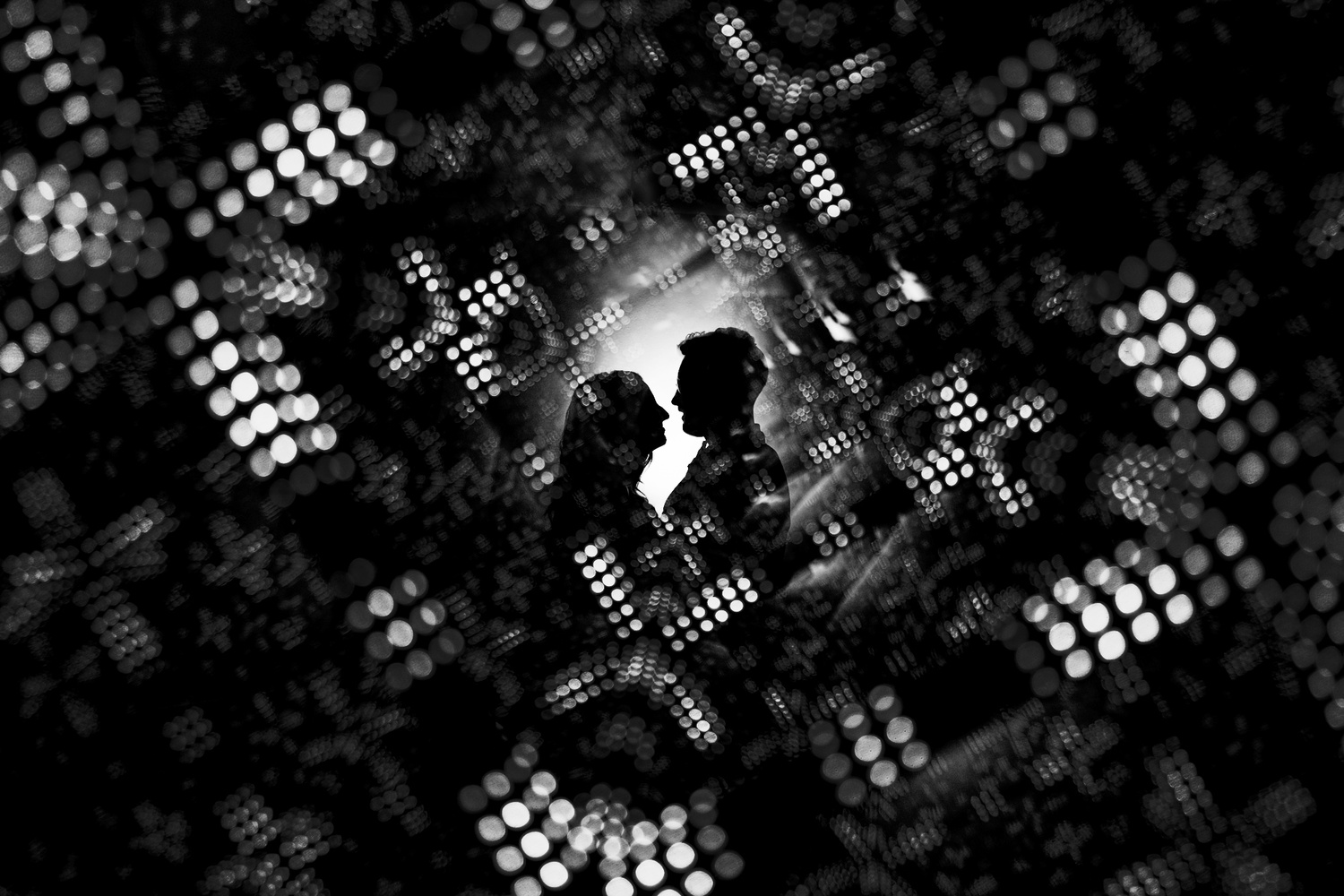 When it came to my studio session, I had my kids pose in front of a custom backdrop I had made by Jeremy Ellsworth Backdrops and then had them lit with a GVM 600D. I wanted a slight gradient in color so I had a blue gel across half of the softbox. It’s a simple setup, but as you can see, my son has really long hair that’s always in his face, and the camera was super fast to find a visible eye and lock on. It was also really fast to switch eyes as the kids looked back and forth. 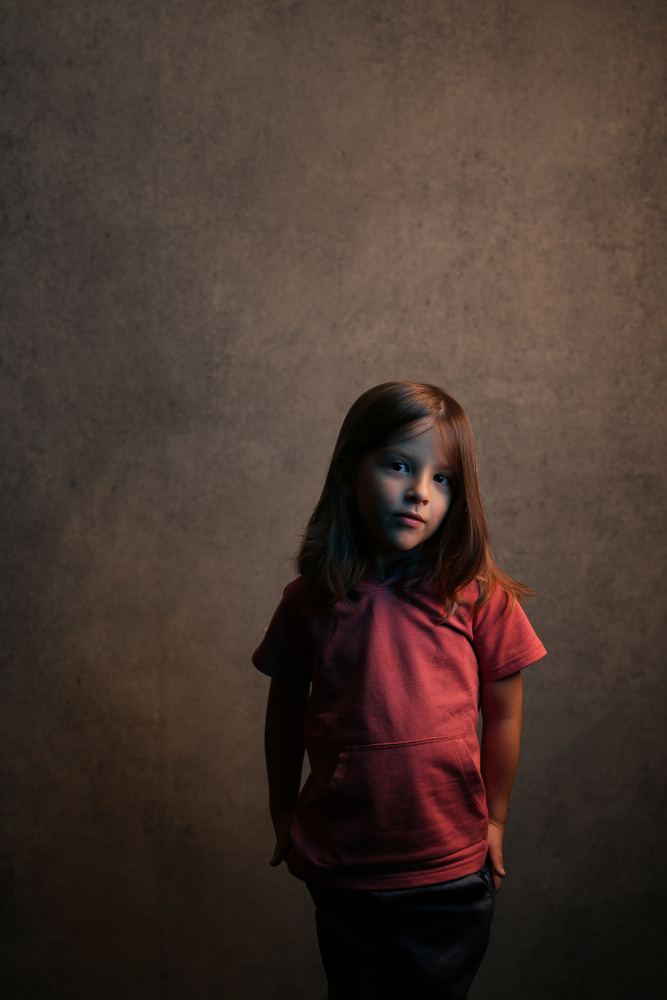 For the baseball images, and even the mountain bike images, I felt like this camera was a blessing and a curse. I loved the added resolution. The longest lens I had was the 70-200 GM II and it was really nice being able to go into super 35mm mode and still have a good-sized file. But coming from the Sony a9 and having used the a1 quite a bit, I found the 10fps to be a little limiting. I had to concentrate more on timing my images, which is fine and I can do, I just would have gotten more precise moments had I had higher frames per second. 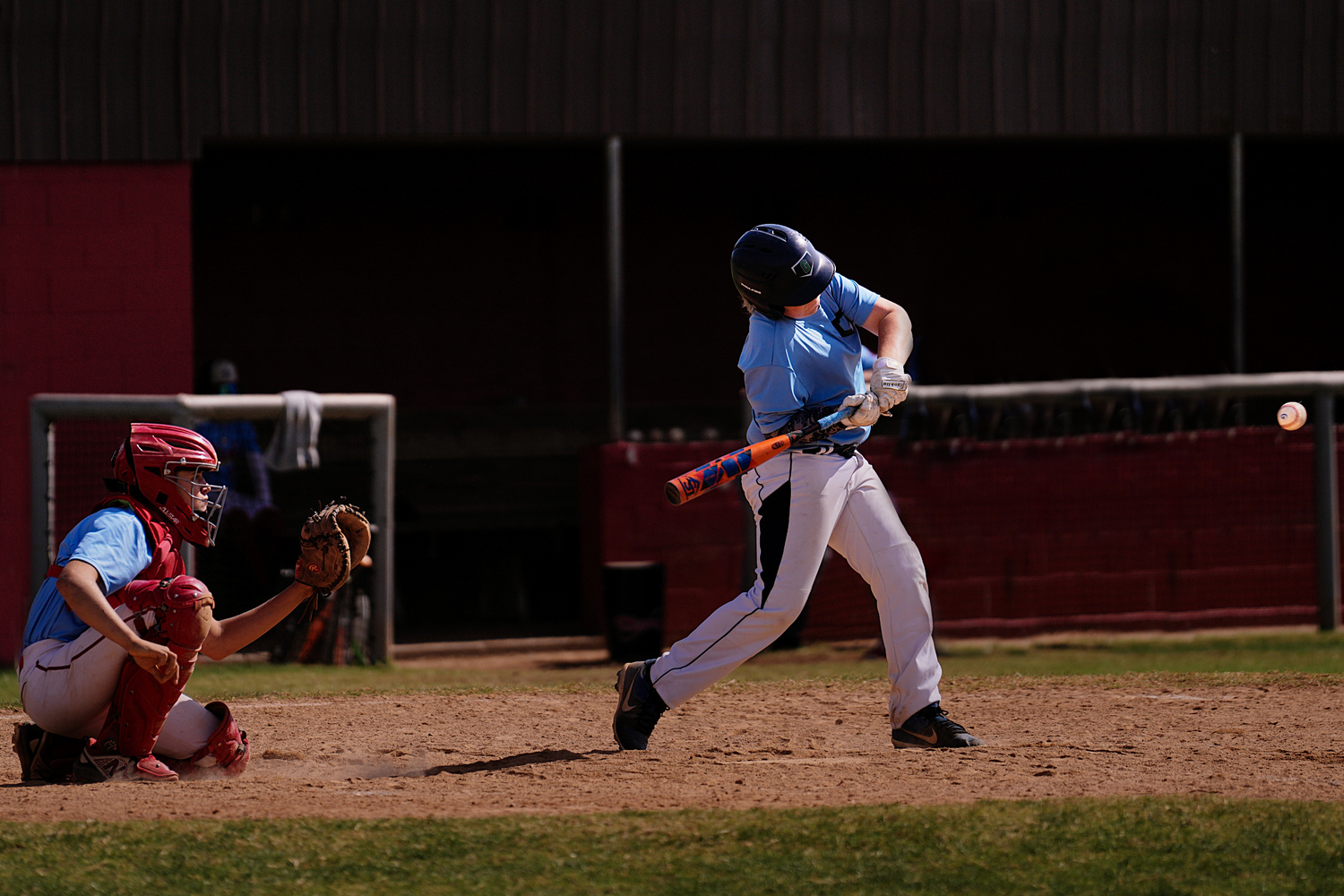 In all, the Sony a7R V is a worthy successor to the popular a7R IV. The AI ​​autofocus is more than just hype and, even with my short time with the camera, I was able to tell the difference it could make. I’m also super excited that they have developed a rear screen that can satisfy both types of users. If you are a photographer that loves a high resolution but also wants a fast a precise setup, then the Sony a7R V should be at the top of your list.