The limits of ‘human potential’ in the outdoors (be it physical, mental, or emotional) have always been intrigued by this Oregon-based adventurer.

It’s midday in the mountains of Central Oregon. Jason Magness is standing on snow, an ear pressed to a walkie-talkie barely discernible in the wind. “We need to send some help up to the pass,” he shouts into the night.

A voice crackles over the two-way radio. A team of racers is stranded; hypothermia is setting in. It’s day four of Expedition Oregona multiday wilderness event that has been dubbed “America’s toughest race.”

Magness, 47, is the creator of the course, which unwinds for hundreds of miles across the mountainscape above his home. A freak blizzard has dumped feet of snow unexpectedly, and now 66 racers are bearing down in the storm.

Magness is no stranger to what these athletes are enduring. As a 20-year veteran of adventure racing, he’s succumbed to debilitating injury on a weeklong race through Patagonia. He once got lost in the volcanic mountains of Fiji.

In a sport where sleepless nights and 100-mile legs are table stakes, Magness has excelled. But he’s not a traditional ultra-athlete. His background—including yoga, slacklining, acrobatics, and climbing—forges a unique resume of pursuits. Magness has found that push the limits of what a human can do.

He now runs Bend Racing, a company he operates with his wife, Chelsey, out of their eponymous Bend, Ore., home. They host races and have a pro-level adventure racing team that’s one of the few US-based squads competing on the international circuit.

Magness and his team spend months building an intricate course with checkpoints and a dozen topo maps to bring race teams from the start line to the finish, up to 5 days (and nights) of racing in full.

In 2022, the blizzard conditions upped the ante even more. As the radio crackled in the night, Magness realized it was a cry for help. A team of four racers in the forest near Windigo Pass had given up. The winter gales and hip-deep snow were too much, and within minutes of contact, Magness was coordinating a rescue with his staff.

“America’s toughest race” did indeed live up to its moniker this year. The rescue was a success, and, in the end, a few teams managed to complete the race in full. Team Vidaraid, a coed squad, took first place after 5 days and 57 minutes on the move.

GearJunkie connected with Magness to talk about his obsession with adventure — and why a continuous push to the edge has always been his goal. 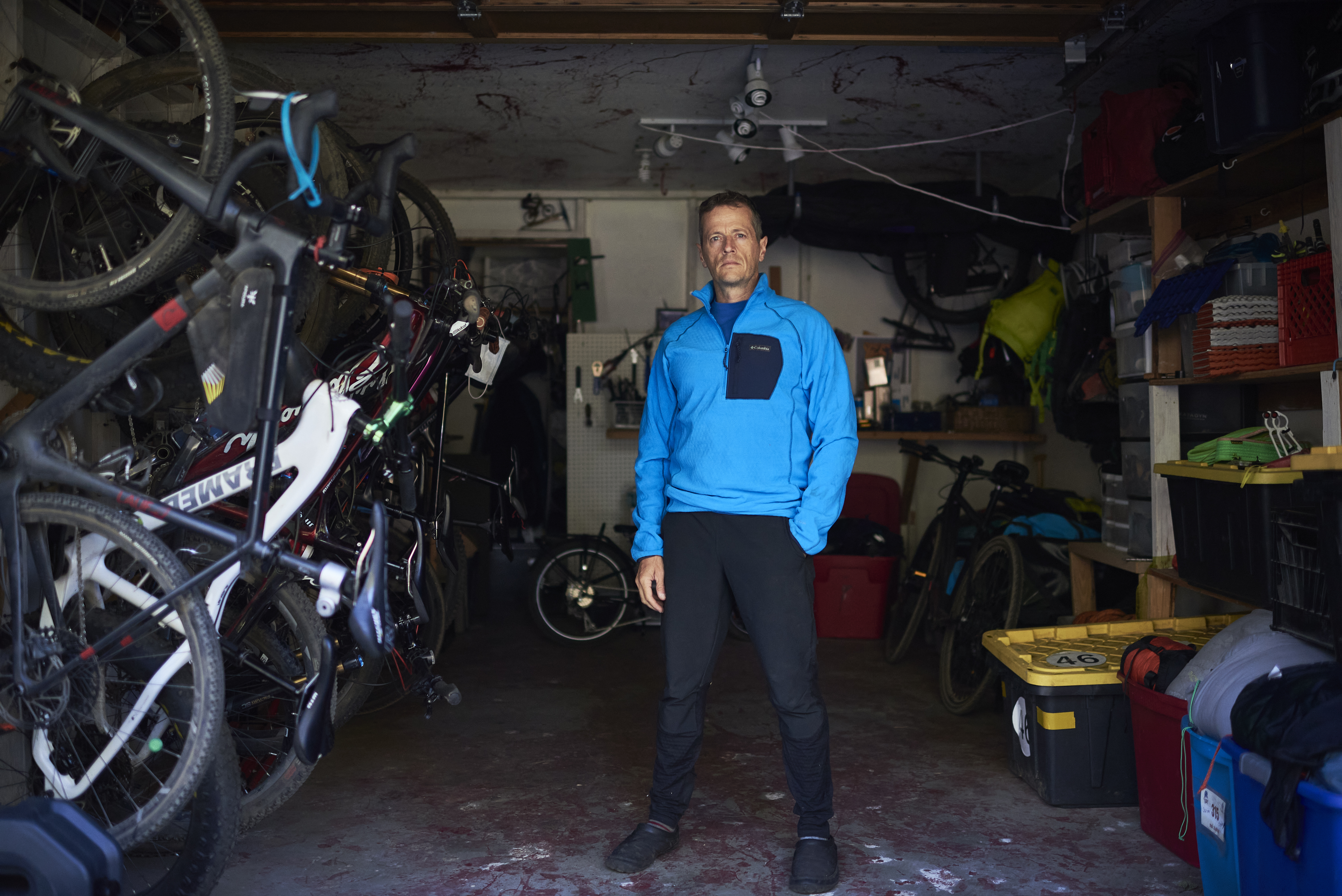 A path into adventure for Magness started with his brother. As twins, Jason and Andy Magness have always been close. This included a childhood where imagination and play evolved into outdoor pursuits and, eventually, expeditions around the world.

“As twins, we were going through all our life experiences together at the same time,” Jason said. “It built this sense of self-confidence because I was never really alone.”

The brothers grew up as military kids, moving to bases around the globe. The family landed in Alaska as the boys entered their teens, which Jason described as entering a “fantasy-like” place.

At this time, like many teens, they were obsessed with Dungeons & Dragons and The Lord of the Rings. The medieval fantasy genre, with characters crossing mountains and imagination completing quests, captured their so tightly that there was an attempt to manifest it into reality. 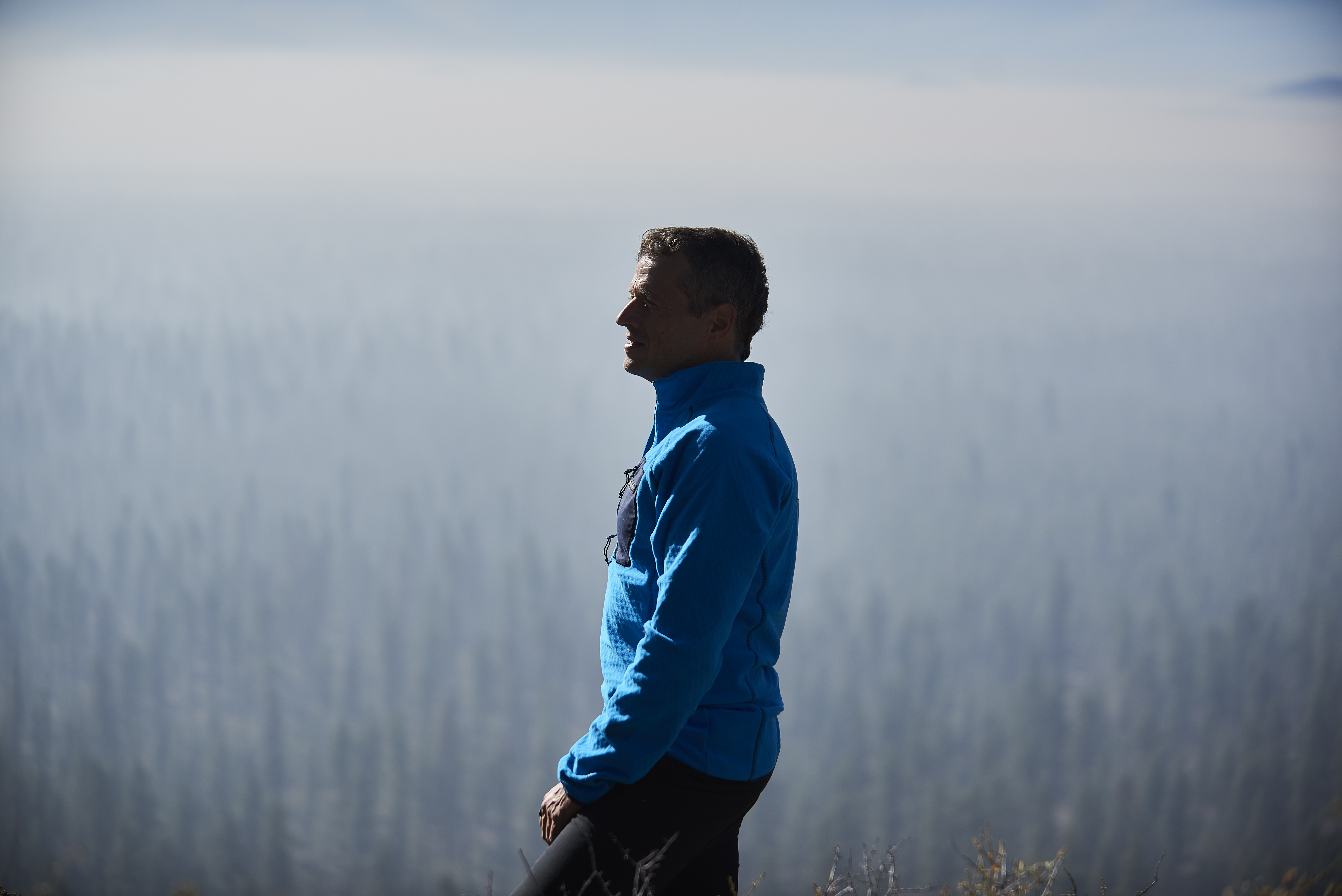 We would go explore, but not as ‘athletes.’ We would go because on these big-mountain climbs, that’s what it looked like in The Lord of the Rings,” Jason said.

By their early 20s, the brothers’ athletic drive took over. They were bagging first ascents, traveling to climb mountains in Patagonia and other deep wildernesses at the ends of the earth.

But Jason didn’t need the Himalayas to find adventure. Indeed, as he developed as an athlete and explorer back home in the US, Magness began a path into some of the more esoteric corners of the outdoors.

In 2005, he brought to union the activities of slacklining and yoga, co-inventing a discipline of poses on a thin webbing line. It’s called yoga-slacking, and today, thousands of participants practiced the discipline and followed the international trend YogaSlackers group.

Then there was Magness’ obsession with wind. One winter, with two friends, Magness set out on a snowkite with plans to cross 400 miles of open terrain. The route, from the border of Manitoba on southward, would transect the entirety of North Dakota, a windy, barren Siberia of a place under a dim January sun.

Magness and the team would sleep outdoors each night at subzero temps. They melted snow for water. The expedition, dubbed “To Cross the Moon,” was a quest in a strange place and also a call to action for public focus on renewable resources like wind.

The expedition set south from Canada with snowboards and skis, each person towed by their polyester canopies. In howling wind, they hauled at speeds up to 30 mph across snow-blanketed fields.

From snowkites to slacklines, rock climbing, triathlon, and more, Magness’ early adulthood was a kaleidoscope of adventure. He worked as a teacher and a yoga instructor, and for years he lived out of a non-stop passenger car.

It took Oregon and a life partner, his wife Chelsea, to keep Magness in one place. After years of seeking experiences to push the limits around the globe, the couple has made their home in the town of Bend. They are raising two kids now with a parenting template that leans into adventure every day.

“Bend allows me to be a parent, to live a ‘normal’ life, but I can still walk out my door to train, mountain bike, climb, and get into the wilderness nearby,” he said.

Magness and Team Bend haven’t slowed down. And Magness’ focus on adventure—be it as a race director or with his kids on a backcountry hike near Bend—remains deliberate to this day.

Gear is a big part of the program; picking the right kit is crucial for adventure sports. In addition to bikes and backpacks, Magness outlines the importance of apparel for high output in the mountains. We asked him to share a few insights on layering for cold weather. 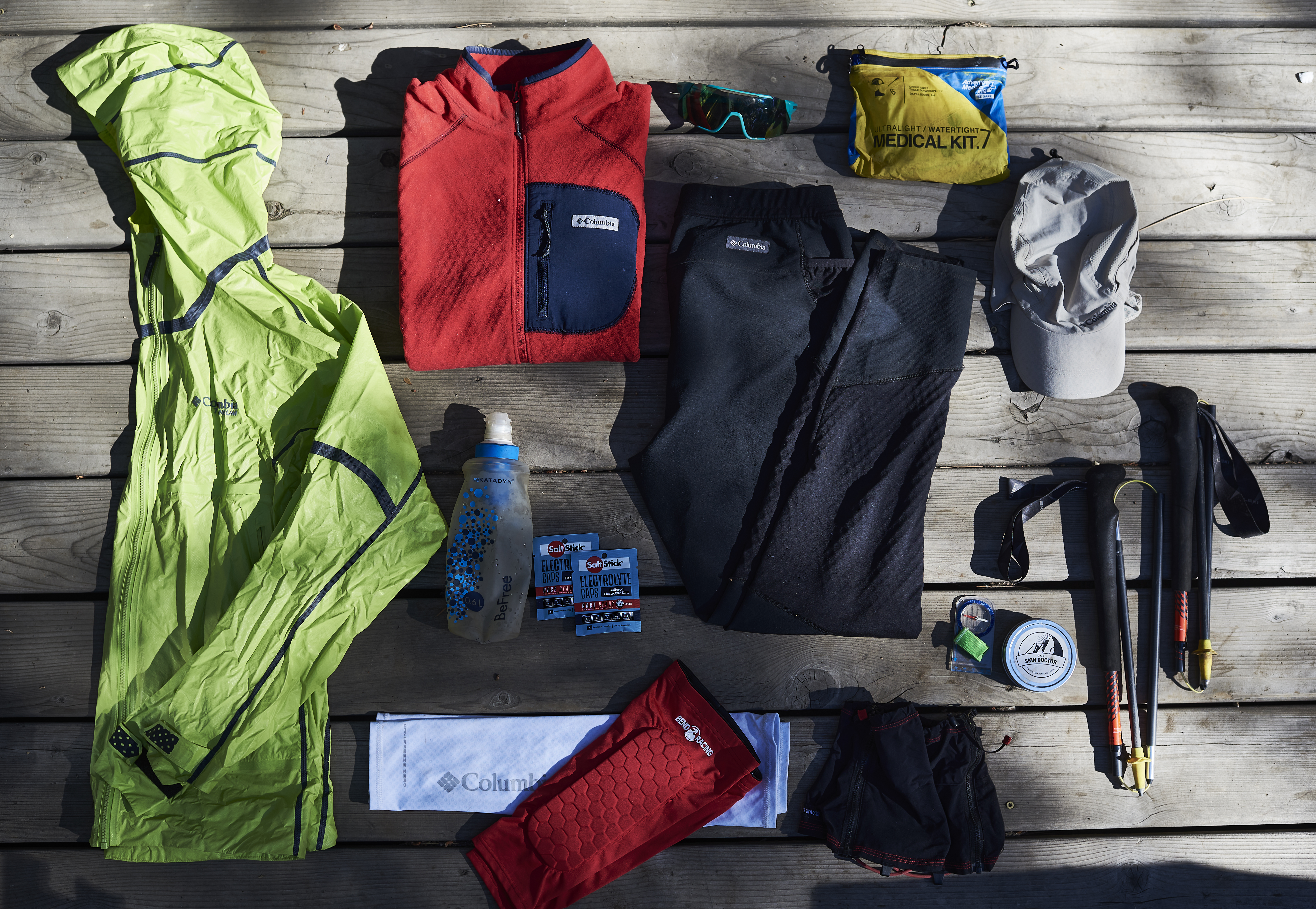 Columbia Sportswear has supported Team Bend as a provider of apparel and gear in the past, thus Magness knows his Columbia gear well. Below are a few tips he offered for layering in the cold. 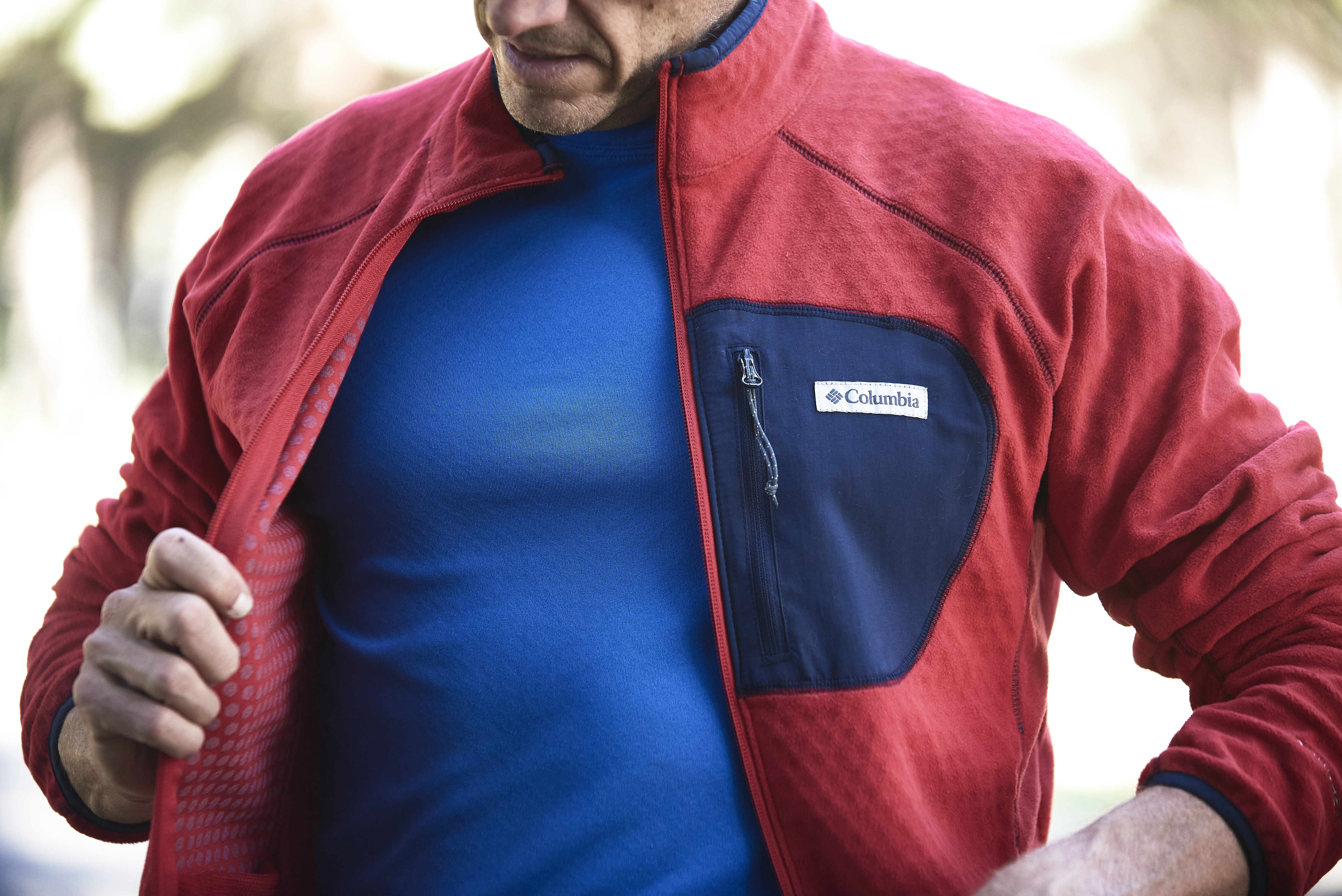 As for the future of America’s Toughest Race, this race is in a 2-years-on, one-year-off pattern — and 2023 is an off year. But don’t be discouraged; There are plenty of other intense adventure races happening across the country for 2023, and you’ll definitely see Bend Racing and the Magness team. 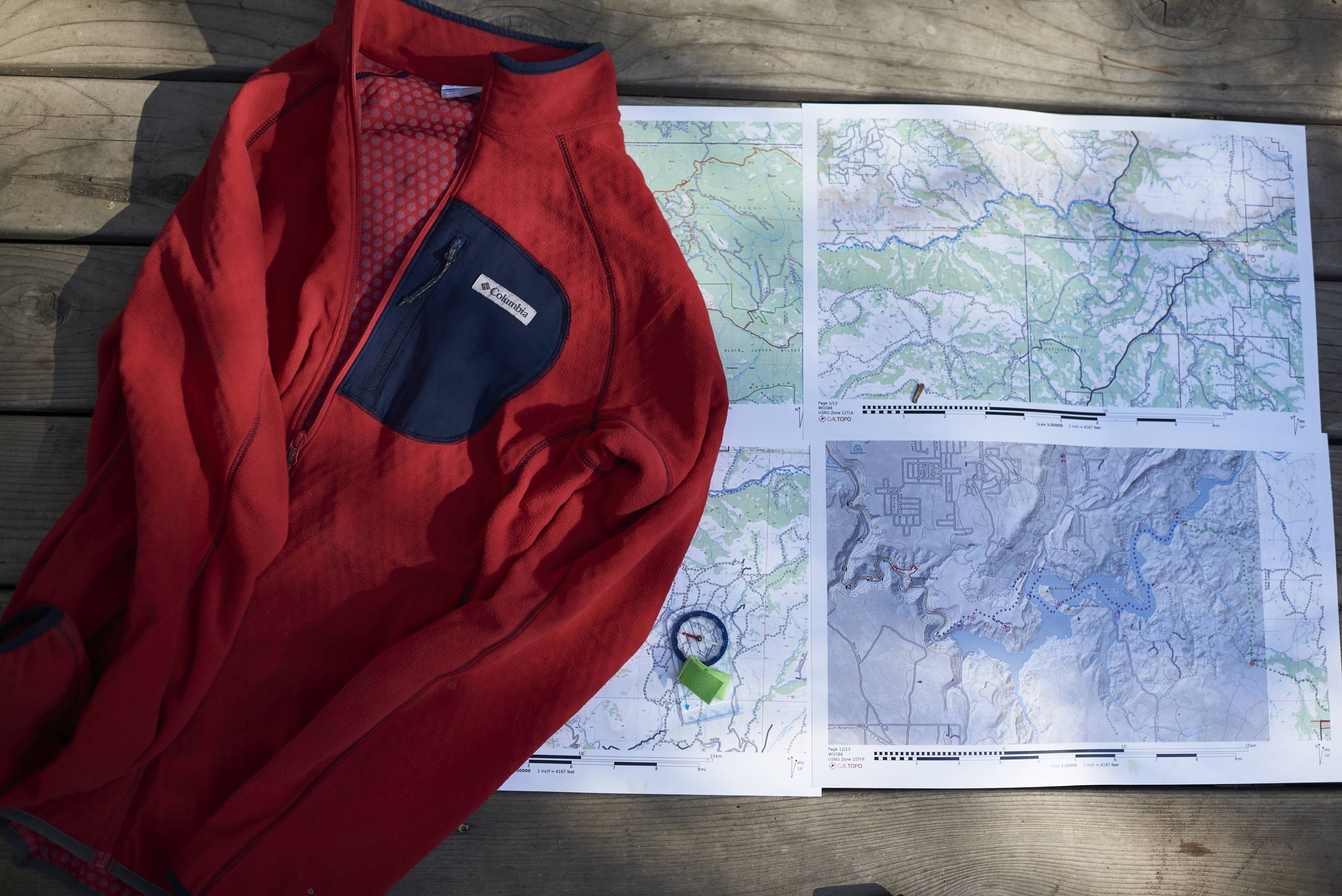 The Ice Queen: Sveta Vold and the Night Water Butterflies Are the ‘Chillest Humans’

When Sveta Volde first moved to America in 2011, no one here thought swimming in a frozen lake was a sane idea. But it was her normal. Read more…

Winter Ultras: The ‘Chillest Humans’ Train and Race in the Coldest Weather

Winter ultrarunning combines the challenges of endurance racing with the season’s weather and extreme cold. To win, or even finish, takes perseverance and a little chill. Read more…