The definition of a “cinema camera” seems to be ever evolving. So what are some of the things that set them apart from mirrorless?

Let’s face it. It is a good time to be a filmmaker. When I first started making films some (redacted) years ago, there was no such thing as digital. There was a videotape. But this wasn’t an aesthetic I aspired to. So, making a film meant somehow securing the money to acquire thousands of feet of 16mm or 35mm film. Contrary to today, the camera itself was the cheap part (relatively speaking). But getting reels of film, processing it, and taking it through the telecine process was a real obstacle for an independent filmmaker.

Flash-forward to today and there is literally no excuse for why any budding filmmaker can’t go out and make a film. True, a top-tier camera is still cost-prohibitive for most of us. But, these days, the cell phone in your pocket likely has better image quality than the full-blown camcorders used to shoot many professional projects only a couple of decades ago. Even entry-level mirrorless cameras are capable of capturing images that, in the right hands, can compete with the very best.

About a month ago, the pioneering French director Jean-Luc Godard passed away. His films like Breathless and My Life To Live were foundational in my understanding of the art form. The way he used the streets as his back lot. The independent DIY spirit of his filmmaking showed how cinema didn’t have to be all about gloss and big budgets. A compelling narrative and a unique approach could be enough. I couldn’t help but to think what the directors of the French New Wave could have accomplished were they to have had access to the low cost mirrorless cameras we have today.

Of course, there is still very much a difference between top cinema cameras and entry-level mirrorless cameras. As they say, you get what you pay for. But with manufacturers slapping the “cinema” label on certain cameras that seem to very much resemble traditional photography cameras like the Sony FX3 and FX30, I thought it might be nice to go over some of the distinct features I look for when deciding if a camera is “cinema” enough to get the job done.

Before I start, the standard disclaimer. The best camera is the one that is the right tool for your particular job. Simple as that. We all have our brand and model preferences, but truthfully, there is no such thing as a perfect one-size-fits-all camera. So, what I’ll talk about today are general considerations rather than things that absolutely have to be in every camera in order to be considered a cinema camera. And remember, a film isn’t cinematic because of the camera that shot it. It is cinematic because of how you execute your storytelling. The camera itself is simply a tool to facilitate the task. So, now that we’ve gotten that out of the way, here are my top five attributes. 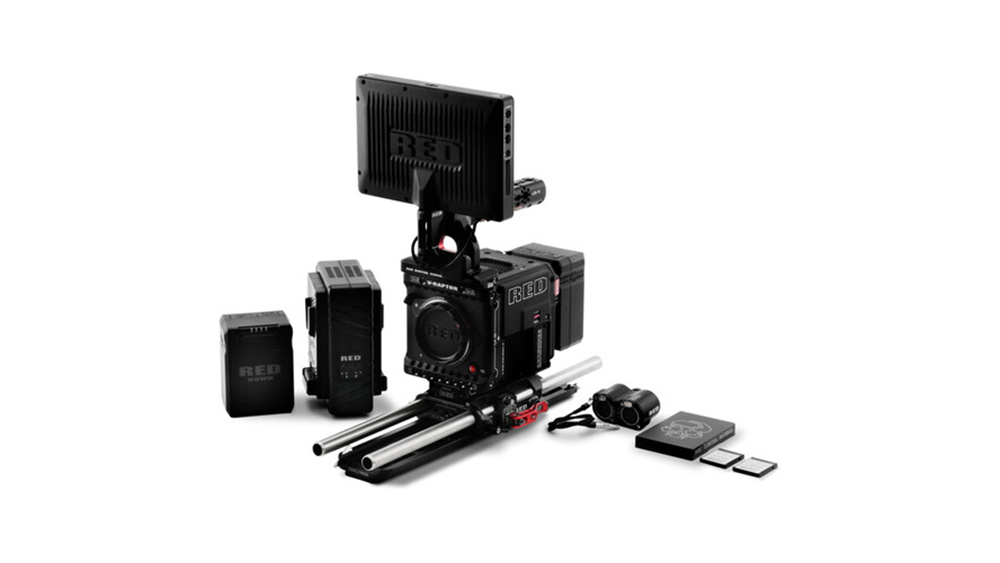 I’ve said it before and I’ll say it again. More important than the camera you have in your hand is that you understand how to light and how to expose. If you understand those two things, you can get away with using almost any camera you want. Lighting ratios and controlling the dynamic range of your scene is fundamental in understanding how to make a great moving image.

If you’re coming from a still camera, you’re probably used to using tools like histograms to judge your exposure. Histograms also play a part in cinema cameras and are still the go-to tool for many a cinematographer. But true cinema cameras usually also come with more advanced exposure tools such as waveforms and false color. These tools go further in allowing a cinematographer to understand their exposure down to a granular level and can be key when trying to maximize the image you are generating in camera.

The media used to create a final film comes from multiple sources. Unlike a still photo where the camera is often the lone perspective, a movie is recorded in many ways. A primary camera. Multiple secondary cameras. A separate sound team recording to their own devices. Perhaps a separate VFX team generating additional material. Then all these elements are put together in post to create a final product.

To keep all of these things in sync, it is crucial to be able to keep consistent timecode across all the various components. There are multiple ways to do this. There are even very affordable options like the Tentacle Sync, which does a wonderful job of making timecode sync easy on devices without built-in options.

What you will find on better cinema cameras is a more robust timecode system. Many of these cameras are capable of generating their own timecode to sync out to the other devices. They generally have dedicated timecode ports so that you can record timecode without having to sacrifice your microphone jack as you do on many smaller mirrorless cameras. Timecode isn’t exciting. But it can be crucial in simplifying your life when you get into post production. 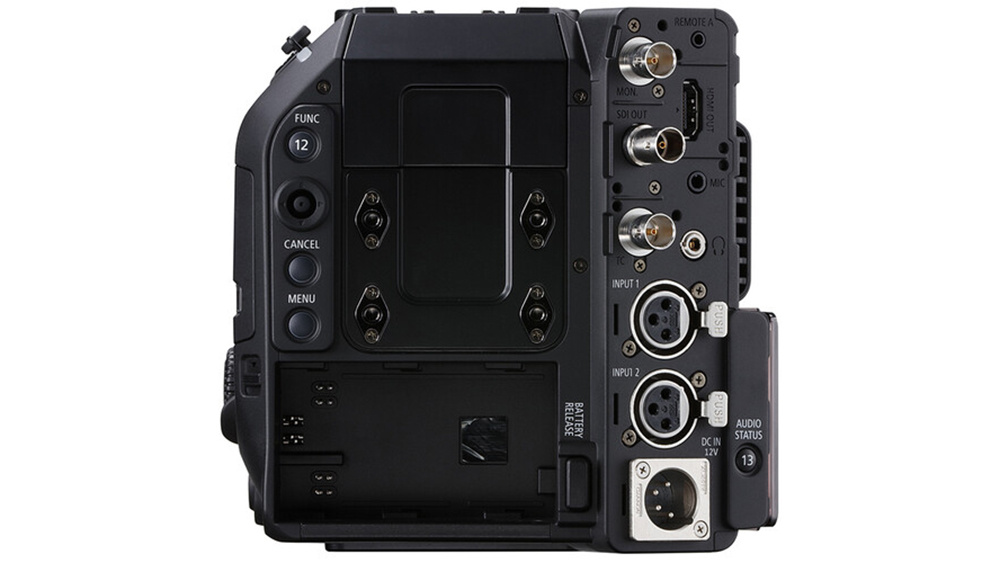 As mentioned in the previous section, there’s a good chance that your audio on a professional production will be recorded entirely exclusively from the camera body itself. But this is not always the case. If you are shooting a documentary (or documentary style), there will be plenty of occasions when sound will be fed directly into the camera in real time.

As XLR inputs are generally regarded as the industry standard connection for production audio, most cinema cameras will come with these inputs built into the body itself. This allows for the simplest connection between the microphone and the camera. Some smaller cameras come with additional accessories such as hand grips which have the XLR ports built in as opposed to having them on the camera body. This is a good solution, although not usually as convenient as having the ports built into the camera body itself.

Cinema cameras also tend to have a better native noise floor when recording audio directly into the camera. Regardless of what camera you are using, you will probably still get the best sound by recording to a dedicated sound recorder. But, if you are recording directly into camera, you want as clean an audio file as possible. And cinema cameras tend to outpace mirrorless cameras by quite a margin in this regard.

I say internal raw recording, but truthfully, there are a number of different formats on which films might be acquired. I say raw video as it is my own personal preference, but for some films and television shows, less storage-heavy solutions like the various log formats may be better options.

The key to a great cinema camera is that it provides you with a variety of format options to suit different shooting scenarios. Depending on the size and scope of the project, the shooting format might not even be up to you at all. The decision may have been made in season one, and you don’t get hired until season five, for example. Or the in-house production demands dictate that all footage be acquired as X or Y for legacy purposes. Great cinema cameras provide you with multiple format options with the least amount of fuss necessary. And most can do so without needing to attach additional accessories such as specific external monitors to access the feature set. 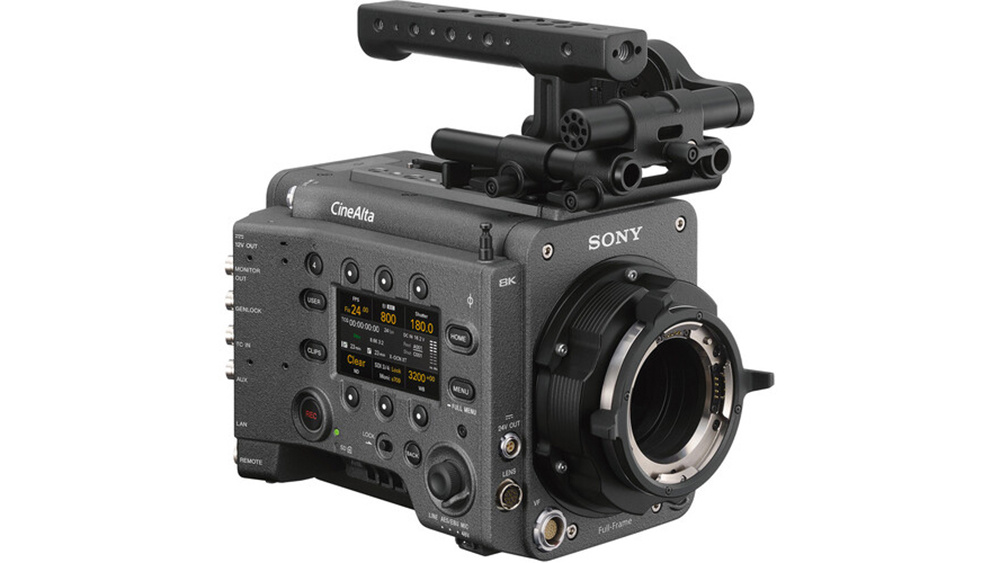 I once heard someone say that once you fly first class, it’s impossible to go back. I kind of feel that way about internal NDs. Because your shutter angle is (usually) set to 180 degrees, getting the right exposure when making a film is largely a factor of aperture and ISO. If you are trying to stick to the camera’s native ISO to maximize dynamic range, that often just leaves you with aperture to work with. If you want to maintain a shallow depth of field, on bright days, avoiding blowing your highlights without the benefit of neutral density filters can be a challenge. Because this is such an expected challenge, many cinema cameras have built-in NDs. This allows you to dial up or dial down the level of filtration with a simple flip of a switch rather than having to screw anything into the front of your lens. This is key because it both saves time and allows you to change lenses without needing to account for ND filters. Any lens you put on can benefit from the NDs as they live between the lens and the camera body instead of in front.

The first camera I ever had with built in NDs was the Canon C200. Having them made exposing on bright days a breeze. And the efficiency of the system made me miss the internal NDs anytime I was shooting with another camera. Internal NDs aren’t always mentioned on the billboard. But they may be my favorite part of dedicated cinema cameras.

These five things are just the top five that I look for. But there are others. While full frame versus crop sensor is not nearly as important in cinematography as it is in still photography, that choice (specifically in regards to the field of view) can be a determining factor in which camera is right for you. Likewise, as the vast majority of filmed entertainment continues to be consumed in 1080p, the “need” to shoot in 8K or even 4K can be overblown. But, depending on what your needs are, having more resolution can help. I, for example, use 8K less for the perceived sharpness or to be able to recompose later and more because it allows you to stabilize more in post without losing detail. This, in turn, allows me to forgo a gimbal on many occasions knowing I’ve got plenty of resolution to crop in when stabilizing in post. Much like the internal NDs, the convenience pays off and allows me to work faster. But that is wholly dependent on what and how I like to shoot.

So, what are your favorite features in cinema cameras? Do you consider smaller cameras without these features to truly be part of a brand’s cinema line? And what features do you wish cinema cameras would have that are often missing?