Shooting on location can be a stressful time. So, what are some of the questions I ask myself before heading out into the wild?

How Will I Get My Gear to the Location?

Depending on the amount of gear you need for your shoot, this question will sometimes be easier to answer than others. Are you a one camera and sunlight kind of guy or girl? Then, likely, your biggest concern will be picking out the most stylish type of shoulder bag. Or are you every light in the truck kind of person? In that case, you might need to consider a few more factors. Is there parking at the location? How far is the shooting location from the parking lot? Will you have assistants? As anyone who has ever had to park multiple blocks away from a downtown location in a somewhat sketchy-looking lot/back alley and leave tens of thousands of dollars worth of gear in the van while you make multiple treks back and forth several blocks to the location can tell you, it pays to think about these things in advance. Especially if, once you get to the building, you discover your studio is on the sixth floor of a building with an elevator that hasn’t been functional since the late 1980s. It is at this point that you realize you wish you had pressed a bit harder for the slightly more expensive location with the on-site parking lot during your scout.

Of course, you don’t have to be city-bound to have these concerns. I’ve done my best imitation of a donkey on several occasions to schlep unreasonable amounts of technological tonnage up hillsides in search of the best shot. It tends to almost always be worth the hike. But, planning for these things in advance usually results in a better shot, and a better feeling spinal cord.

Where Are the Holes?

I’m no electrician. But even I know that, at some point, you’re likely going to want to plug something in. Unless you’re shooting fully analog on film with natural light, if your shoot lasts longer than a few hours, you are probably going to need a way to refuel. The way you choose to do this will be dependent on your gear and mobility needs.

If it’s just you and a camera, then the obvious choice is to bring as many batteries as you can. If you are running a more complex rig for video, where you want multiple items to draw power from the same power source, but still need to retain a certain level of mobility, mounting your camera to rails with some sort of V-mount or Gold mount system might be the best choice for you.

If you are less run and gun and have more gear and more time to set up, you might want to consider bringing along a dedicated power generator. These are independent units that can provide power to larger light sources or a variety of gear. Depending on the size of your generator, this might require a transportation plan of its own.

As a happy medium, I will often bring along two solar-powered generators from Jackery. They make multiple sizes. I have the Jackery Explorer 300 and the Jackery Explorer 1000 Portable Power Stations. As you might expect, the size of the generator scales with the power output. So, depending on the watt-hours of your units, you’ll need to pick what’s right for you. But I find the benefit of these two, in particular, to be that they are small enough for me to manage when shooting alone. Yet, they pack enough punch to keep many of my support devices going throughout the day. Additionally, as the name suggests, they can be powered by the sun. So, if you are doing a shoot where finding a wall outlet is not going to be an option, these units can provide you with an efficient way to keep your shoot going without needing to find any additional outlets.

How Will Talent Get to the Location?

I am more than happy to ruin a good pair of shoes traipsing up a muddy hillside if it means that it gets me a better shot. A model wearing a beautiful white gown and designer shoes? You might need to think that out before you expect her to make a similar ascent.

Likewise, if you expect the hair and makeup team to climb the hill with you, you need to consider their gear carts as well. Can styling be done in basecamp and the talent then shuttled to set? Or does hair and makeup need to be done right there with frequent and large-scale alterations? Think of other people in advance, and your crew will love you for it.

Will the Sun Be Friend or Foe?

We tend to think of lighting as a question of where we would like to add light into a scene. But, once you’ve been at it a while, you will soon realize that it can be equally if not more important to figure out how to take the light out.

If you are using natural light, then you not only want to consider the direction of the sun, but also the direction and intensity of the shadows. Do you want long and deep shadows? Or do you want soft and diffused? Do you want narrow or broad lighting? How does this square with your desired shooting angle? Given time and budget, you can overcome many of these concerns with additional lights. But, by putting some time and attention into preproduction, you can often solve many of your issues by simply picking the correct time of day to do your shoot. Likewise, you can often cut down on your lighting budget and electrical needs, by using negative fill and/or reflectors to shape light rather than setting up larger and more expensive light fixtures.

Determining how you are going to tame the sun before the shoot is one of the best ways to ensure that it helps you once on set rather than hurts you. 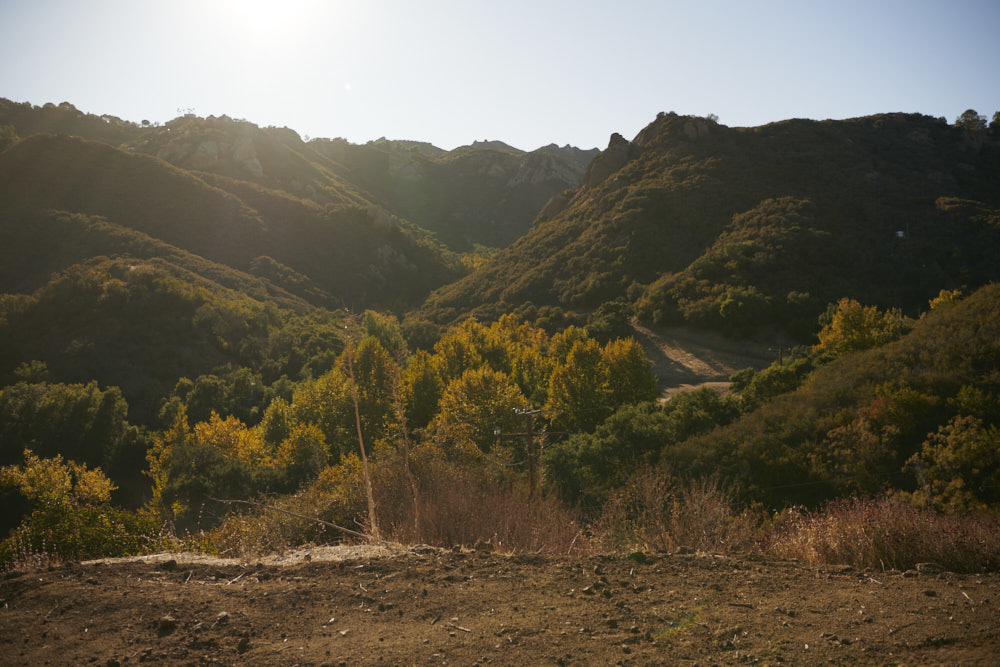 Are There Any Practical Concerns I’m Overlooking?

A couple of years ago, I was producing an ad campaign for a fitness brand. It was a medium-sized shoot that would be set in the hills of Southern California. Despite there being more than a few dirt roads involved, and it requires transportation with the ability to climb steep inclines, I’d successfully plotted out our shooting day in the most efficient way possible. I was producing the shoot as well as doing the shooting. So, I’d figured out all the necessary logistics from shooting permits, insurance requirements, parking, and the like. I had my power strategy down. I’d secured all the talent and coordinated styling with the client. Got the call sheet out to the cast and crew. The shoot would be the first thing on a Monday morning following a holiday weekend. So, by end of the day on Thursday, I had everything locked in. At least, I thought I did.

Then, five minutes before 5 pm on the final business day before the shoot, when making last confirmation with the location, I realized one crucial element was missing. While the location provided stunning views, it did not provide equally stunning restrooms. It did not provide any areas for “relief” whatsoever. While this might not be a problem for a small quick shoot, we were going to be out on the hillside for 10 to 12 hours with a crew of around 10 to 12 people. At some point, nature was simply going to need to happen.

So, that’s how I found myself suddenly racing against the clock on what was intended to be a relaxing afternoon in a desperate effort to figure out how to secure a Porta-Potty in a remote location with dirt roads and limited cellular signal for a first shoot thing the following business day. Making this matter more difficult was that I didn’t think of it until five in the evening, meaning most of the Porta-Potty distributors in the city had already closed for the day. This was further compounded by it being a holiday weekend. Add on the remote nature of the location, and you get the picture.

I am pleased to report that I was able to find someone last minute, at 5:59 pm, before the last office closed, so no bushes were harmed during filming. But this was just an example of the multitude of seemingly small details you need to factor in that will make your on-location shooting experience sailing in front of and behind the camera.

These are just a handful of questions you might ask yourself when planning to shoot on location. Depending on your location and your creative brief, this list could be endless. Will you need security on set? Are there multiple locations that will require you to shuttle cast and crew between sets? Will you have weather concerns? If it does rain, what will be your plan B? Thankfully for me, it doesn’t rain a lot in Southern California, so this is only rarely my biggest concern. It can, however, get windy. So even the best diagrams for a lighting plan using reflectors and 12×12 frames can turn into a dangerous kite party if you don’t come with sandbags and plenty of options.

What’s right for your shoot will be for you to decide. But the more you plan. The better your results will be.